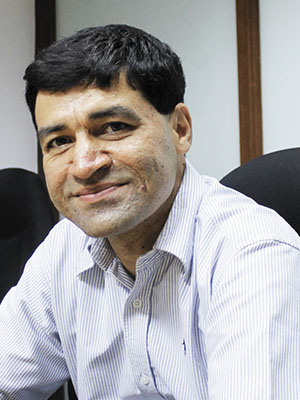 If patients find it difficult to get their claims cleared and approved by insurance companies, hospitals too face their own share of bottlenecks while dealing with cashless insurance claims.

Hospitals need approvals from the insurance company at three stages of the cashless procedure: A provisional approval when a patient checks in, a final approval when the person is discharged, and a settlement of the bill by the insurance company. Each of these stages comes with its set of problems.
Enter Remedinet, a five-year-old Bengaluru-based company that aims to make the process simpler for the hospital and for the third party administrator (TPA) that processes claims on behalf of the insurance company. According to Munish Daga, CEO of Remedinet, “There are 5.5 million claims filed annually across India. Thirty percent of them are cashless, i.e. processed through hospitals.” It is this segment of claims—1.65 million of them annually—that Remedinet aims to dominate. HCX Technologies is Remedinet’s direct competitor in this segment.

Remedinet has worked with hospitals to set up systems that allow claims to be submitted from the hospital to the TPA in a digitised format. There were typically no set formats in which to submit claims—some were scanned and emailed, others faxed. Consequently, TPAs complained of receiving documents in illegible formats, thus delaying the process.

Remedinet’s system has made the process of submitting claims more efficient at Mumbai’s Lilavati Hospital, for instance. Once forms are scanned and entered into the system, a proprietary software takes over and automatically forwards the claims to the TPA in a format that is easy to read. The system then receives a response, either with an approval or with a request for more information. Provisional approvals are usually received within hours of a patient being admitted. Patients are kept informed through text messages.

But it is in getting the bill settled by the insurance company where Remedinet has had the most impact. Paresh Parmar, director of finance at Lilavati Hospital, says, “The average time to settle claims has fallen from 14 days in 2014 to six days at present.” As a result, cash management for the hospital has become easier.

So far, Remedinet has managed to establish itself in 250 hospitals, most of which are in southern India; it is working on gaining clients in the north and west. In addition to working with hospitals, Remedinet processes insurance claims for a Tamil Nadu government scheme that provides health care for people below the poverty line and a scheme for police officers in Maharashtra.

While Daga admits the scale of operations is still small—the company had revenues of Rs 7 crore last year—he expects it to rise to Rs 30 crore to Rs 40 crore in the next two years, with margins of 60 to 70 percent. The business also has the backing of investors such as Rakesh Jhunjhunwala, Nirvana Venture Advisors and Bessemer Venture Partners.

Tweets by @forbesindia
I blame all govts for the slow pace of reforms: P Chidambaram
Infibeam, India's first ecommerce IPO, ends 3% up on market debut