How to create your product differentiation strategy 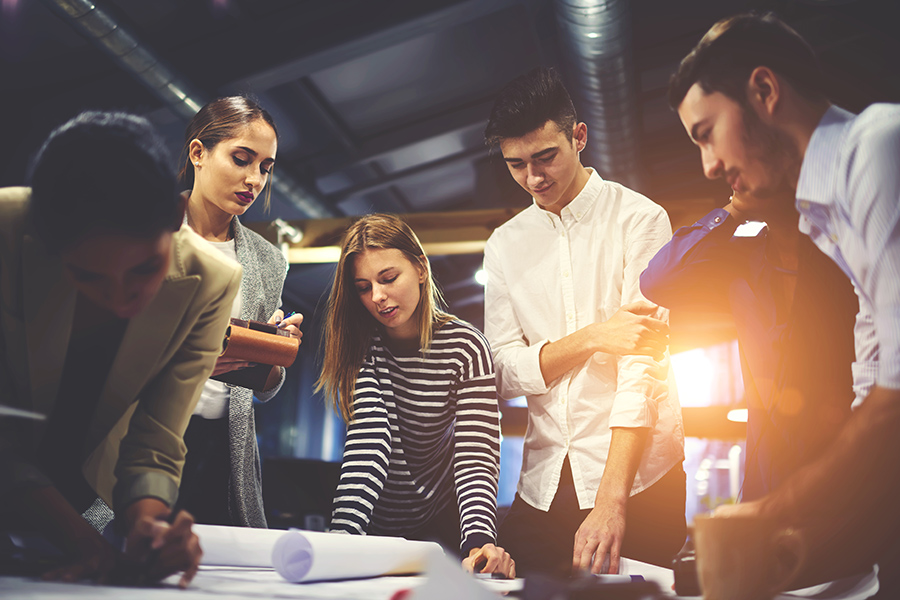 This is the second article from our five-part Shine and Rise series. Written by Bennett Voyles, Shine and Rise explores how today’s companies can stand out in a competitive marketplace, differentiate their products and build a high-value company. He offers insights about different industries, provides real-life examples and offers practical suggestions. The first part is about market competition. Shine and Rise Part 1: Make Your Product Special
Between rapid technological change and global competition, it’s becoming harder and harder for anyone selling a product or service to maintain a competitive edge-especially when that product is more or less the same as everyone else’s. But companies with products caught in this trap have more options than they realise. Even if you can’t win by being the cheapest or the best, you don’t need to simply resign yourself to commodity status, marketing experts say.

One way to stand out is to create a consumer brand for the industrial commodity, 3M did with its Scotchgard protective carpet coating, or as Intel did through the highly successful “Intel Inside” campaign that it used to de-commodify its computer chips, says Jagdish Sheth, Charles H. Kellstadt Professor of Marketing at Emory University’s Goizueta Business School. By creating a distinction where little true difference exists, these companies market their business-to-business products directly to the end consumer, who is unaware of the commodity nature of the manufacturer’s product.

A second strategy, Sheth says, is simply to start branding the product in a way that makes it familiar to the user. For example, he says, 25 years ago, he advised CertainTEED, a roof shingle company, to put its name on its shingles. Those little tags made roofers aware of their product, and eventually, loyal. Other times, simply solving a problem for the vendor can be enough to distinguish the product, Sheth notes. Another former client, MSI International, a marble supply company, created a sales kit that cut down the time Home Depot sales associates needed to spend advising home owners about choosing marble tiles. Design can also be used to differentiate a product, according to Sheth (see the recent CKGSBKnowledge series about the value of design in business). One case in point: Perrier, the French mineral water, which benefited from its distinctive green bottles.

Bet Your Place
Origin too can be used as a branding device, Sheth says. From French champagne to Indian basmati rice or Italian leather, connection to a particular place is one of the oldest ways in which people have differentiated products. Some of those geographic associations have created brand equity that has lasted hundreds of years, but is still working in this century. The Columbia Coffee Growers Association managed one of the most successful geography-focused brand-building campaigns in the past six decades. Launched in 1958, the campaign touted the virtues of Colombia-grown coffee through ads about Juan Valdez, the hard-working fictional coffee farmer.

Historical associations can even be used to create differentiation, whether or not there is a genuine link to the history. For example, an Italian luxury paper company, Modo & Modo, began making notebooks in 1997 that it described as “the spiritual successors” of the small black notebooks used by Vincent Van Gogh, Ernest Hemingway, Pablo Picasso, and other iconic writers and artists in the early 20th century. Would-be Pablos and Ernests have responded well to the nicely bound notebooks and their historical resonance: two decades later, Moleskine is sold in 22,000 stores in 95 countries, and the company is branching out into cases for iPads and e-readers.

Whatever the strategy, simply making a commitment to invest in marketing can pay off, marketing experts say. Many companies, particularly young Asian companies, overlook its value.

“Many Asian firms, at least historically, have believed that marketing somehow would just come from the bottom up. But I believe that if you want to become an Apple, if you want to become a BMW, then marketing has to come center stage,” says Martin Roll, a marketing consultant based in Singapore and author of Asian Brand Strategy.
Raise the Price
In certain circumstances, all you have to do to set your product apart from the pack is to raise the price. Although the most common pricing strategy is to slash prices to increase market share, raising the price can sometimes be a more effective branding strategy. In most cases, cautions pricing strategist Hermann Simon, chairman of Simon-Kucher & Partners and author of Hidden Champions, a high price alone will not be enough. “If a product is a commodity, it is difficult to overcome this with price alone. You need more: brand, package, distribution channel, etc.,” he says.

Occasionally, however, a shocking price can be a powerful and positive differentiator. For instance, the French cosmetics company L’Oréal cracked the American hair dye market in 1973 with a product that was more expensive than the market’s average. Marketers actually turned the high price into a feature of the product, thanks in part to a price-related slogan. A 2011 story in the French business newspaper Les Echos that recounted the campaign described how 23-year-old copywriter Ilon Specht transformed the purchase of an expensive dye into an act of self-validation:

“I use the most expensive hair dye in the world, Preference, by L’Oreal, because I’m worth it.”

Interestingly, this may not just be sales patter. People often associate a higher price with higher quality, marketing experts say: researchers have found that a high price can change not only how people feel about a product, but also how they experience it. In a 2008 Stanford study, researchers measured the brain activity of 11 red-wine-drinking graduate students. The subjects were told they were trying five different wines at five different price points, when in fact there were only three wines. When researchers scanned their subjects’ brain activity, they found that the drinkers experienced more pleasure tasting the wines that had been identified as more expensive.

Other price-related measures can also help give your product greater value. To begin with, don’t refer to your own product as a commodity. Calling it a commodity is more or less the equivalent of a ‘kick me’ sign in a price negotiation. For a business-to-business product, it’s nearly an invitation to buyers to beat you up, according to Stephan Liozu, a pricing expert and founder of Value Innoruption Advisors.

Nor is this all puffery. After all, as Liozu has written, there are few actual commodities. Even if the difference between two products is very subtle, or is not directly related to its functionality, customers chose your offering over another for a reason. Often, Liozu believes, a company needs to spend time trying to discover just what that reason might be.