The networked company: The tricky art of managing networked organizations

Networked organizations mean flatter structures and more creativity, and also a new approach to managing a workforce that thinks and behaves differently 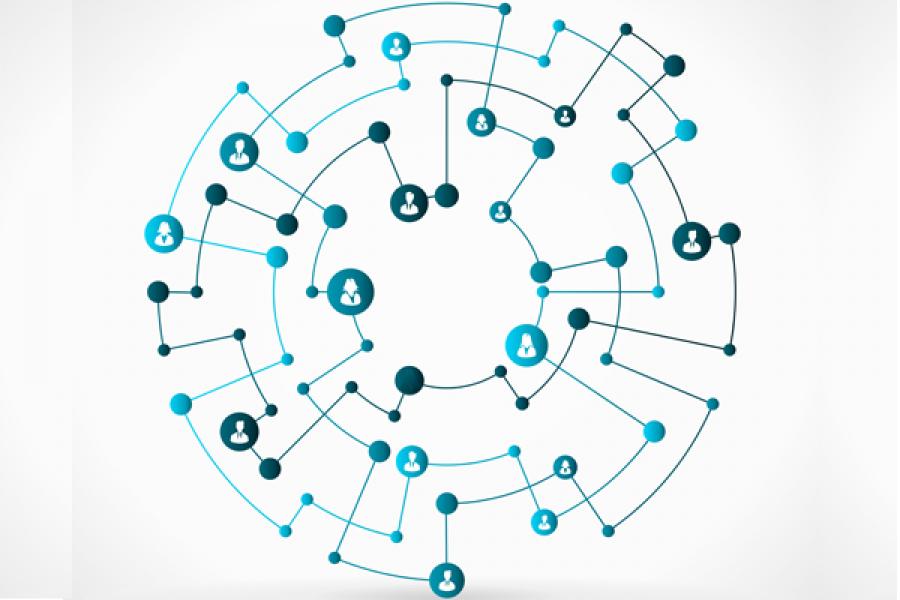 In 1994, when the internet was still mostly an academic information channel, most organizational charts looked a lot like they had for a hundred of years—as many as seven or eight levels from top to bottom, each level leading to five or more direct reports. No matter where you stood in the hierarchy, you knew your boss and you knew the people you bossed, and that held true for everyone in a corporate pyramid that stretched from the boardroom to the mailroom.

Companies were beginning to experiment with matrixes, a technique that promised to make companies more flexible by creating multiple reporting lines, but for the most part, it worked better in theory than practice.

This structure made sense because communication moved mostly in one direction. Orders stemmed from the top and they were executed further down—a structure inherited from the military, according to Sudhanshu Palsule, executive coach and author of The Social Leader. Now that’s changing. He and other experts see the shift as driven in large part by email and social media, which has made it easy for teams to be made up of individuals spread across three or four countries, in eight times zones, probably with wildly different cultural backgrounds.

Building the Team
This is likely to have a complex result: on the one hand, managers will have more license to think in creative ways to get things done. On the other, their instructions will need to be much clearer and more explicit than ever before, to make sure that everyone on the team understood what the team leader actually meant—and vice versa.

In the future, some management consultants think that the manager’s life will sound like a good news, bad news joke: the good news is that everybody on the call agreed to your idea right away. The bad news? It’s now two months later and no one’s actually done what they said they were going to do, and there’s no way you can make them.

“There will be difficulties in teamwork and difficulties in how you take the initiative and how you monetize the creativity,” predicts Prasad Kaipa, a leadership coach based in Campbell, California. “It will be an around-the-clock challenge.”

Without hierarchies breathing down their neck, people will often need to be enticed to take on a project. “You’ll need to create a project that is exciting, that is challenging, that requires new skills and new commitments, but at the same time, is owned by the employees,” Kaipa says.

If they’re not excited, they may need some extra monetary inspiration to take a project on, Kaipa speculates. Either way, he says, the manager is likely to spend more time trying to motivate his team than curry favor with the boss. “You will ask yourself… what makes each person tick? How can I get their support?”

This may be particularly true when it comes to engaging suppliers and contract employees. Many global companies now have relatively few employees who are actual employees. Apple, for example, now has 92,000 employees but as many as 1.5 million contract manufacturing employees are snapping together iPhones, iPad’s and the whole iPantheon.

But distance coupled with less hierarchy means that managers will need to learn how to handle more ambiguity, Kaipa suggests. To succeed, they will need to take a proactive approach rather than wait for the directions to be clarified, acting much more often than they do now in a kind of improvisational way—or jugaad, to use the Hindi word.

They will require a lot of emotional intelligence too, he says, because in nonhierarchical organizations, influence will be more related to persuasiveness and other personal qualities than direct power.

But most critical, Kaipa adds, will be an entrepreneurial attitude. Future companies will be looking for more aggressive, forward-looking employees than they did in earlier generations.

School Is Not a Time. School Is Not a Place
Another aspect of executive life that may change, in part because of the internet, is education. “People will learn on the job, and they will keep going back to school,” Palsule predicts.

One recent Stanford student project, Stanford2025.com, envisions major changes ahead for higher education, most of which should benefit business and in particular, managers. The biggest: that schooling will be doled out not in multi-year servings in your late teens and early twenties but into a sort of multi-course buffet of six years, taken over a lifetime, which they argue will make it easier for people to pick up new courses and skills they need when they need them or when they feel ready to learn them.

It will be helpful to be restless. Kaipa imagines that many executives in the future will work the way peripatetic academics live now who teach a semester here and a semester there in business schools across the world.

These short-term contracts give Kaipa a lot of freedom. “I pick and choose what I want to do, where I work and when I want to work,” Kaipa says.

Interestingly tomorrow’s freewheeling executives and consultants may end up feeling a little of what some people further down the ladder already feel on a good day. To Uber’s finance department, the driver who picked Sheen Levine up from the Boston Airport probably just represented one of 163,000-plus units of production contributing to its $40-billion market cap. But to that driver, joining Uber made him his own boss.

In telling the story, Levine, a professor at Columbia and the University of Texas at Dallas, says that when he asked the driver why he preferred that to the presumably more intellectually challenging work of the lab, he told him he liked the control. He could work when his kids were at school, come home when they came home, and then go back to work after dinner. “‘The sense of independence and control over my life is something that compels me to stay with Uber,’” Levine says the driver told him.