Why Lenovo (really) needs to keep ZUK at arm's length

Lenovo is trying to crack the Chinese smartphone market with ZUK, the erstwhile ShenQi. But has it really figured things out? 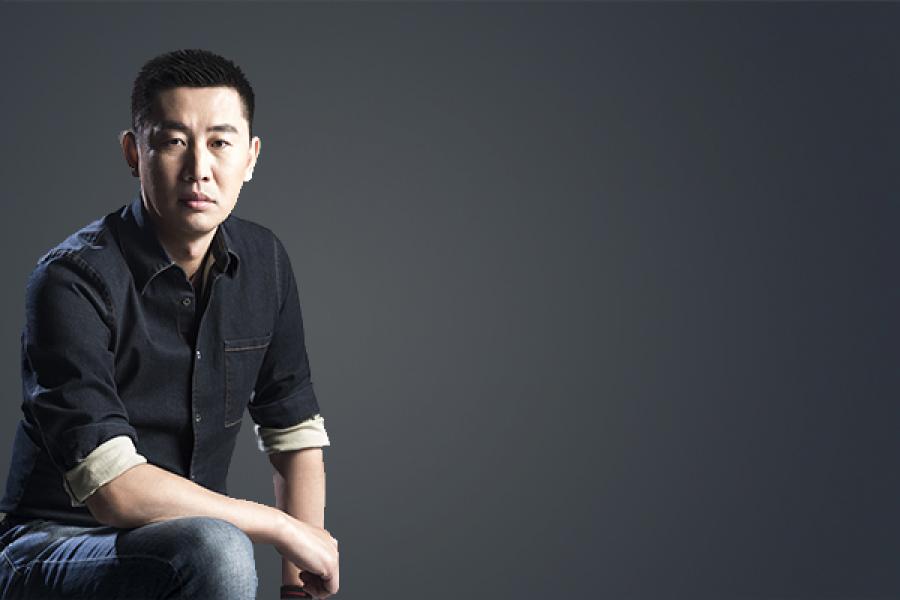 At around 5 am every morning, Chang Cheng logs on to Weibo, China’s micro-blogging website, writes a post and then diligently replies to almost every comment he gets. Not a lot of CEOs have the time or willingness to chat with their social media followers, but for a brand as new as ZUK, Chang believes it’s necessary to cultivate the fan culture.

ZUK is Lenovo’s newly created entity whose major purpose is to make a big splash in the Chinese smartphone market. The company formally launched in April this year under the Chinese name ShenQi. The brand ZUK was unveiled on May 28th in Beijing during the Lenovo Tech World, an event showcasing the company’s technology and innovation prowess. Interestingly, ZUK doesn’t mean anything in Chinese. Neither does it have an official English pronunciation as one single word—well, at least not yet.

“It’s just Z.U.K,” Chang told a group of reporters at a Q&A session with the media last week. Chang said that his team was trying to find a three-letter domain name to register and eventually decided to spend $1 million on zuk.com. “Our PR team is coming up with a meaningful interpretation of the brand name very soon,” he said.

Chang is not the most eloquent CEO in China, but he appeared to be quite comfortable admitting this.

Chang said that he got the CEO’s job by surprise, as Lenovo suddenly summoned his predecessor Chen Xudong back to the group to head its mobile division because the executive who was in that post left Lenovo abruptly after Tech World. However, Chen will continue to have a say in ZUK’s affairs by retaining the role of Co-Chairman.

Chang, who spent most of his career developing laptops and handsets, said he didn’t like interacting with members from the media. “What kind of answers do you want to hear?” he even said that as a response to one question from CKGSB Knowledge.
Even though Chang’s way of handling the press may sound amateurish, it could actually conveniently create an image that ZUK wants—we are not very media-savvy because we focus our energy on making good products. The attitude might resonate well with young consumers, but can ZUK project that image on a consistent basis?

As a start-up controlled by Lenovo, ZUK has to establish its own identity. The whole reason why ZUK, or the erstwhile ShenQi, was set up as a separate entity and not as another division within Lenovo’s massive structure, was so that it could go head to head with nimble local rivals in the smartphone industry, something that Lenovo hadn’t been able to do. Since it has the DNA of a start-up and none of the legacy systems that weigh down an established company, chances are ZUK has a better shot at this market.

There is a fine line, however, between leveraging the PC maker’s reputation and falling into its shadows as a brand poorly received by youngsters. ZUK needs to learn to keep a safe distance from the parent company, or the other party could easily step on its toes and stymie its progress. By summoning Chen back to Lenovo while also retaining him as Co-chairman at ZUK defeats that purpose.

At the press conference, reporters repeatedly asked questions about how ZUK is going to detach itself from the mother ship. Chang said that all product development at ZUK is independent, and the management is also free to make its own decisions. The company has no sales target set by Lenovo, pays a rent for using Lenovo’s office space, and it is even going to find its own manufacturer for its smartphones.

But concerns remain whether ZUK can be truly autonomous—the top-down CEO nomination by Lenovo this month is the latest pointer of how these two companies might end up being heavily involved in each other’s fortunes. As long as Lenovo remains the single dominant shareholder and includes ZUK’s financial performances in its reports, it could still get in the way of ZUK trying to run its own show, making managerial adjustments or implicitly setting strategies that best suit the interests of the parent group.

This is not to say that Lenovo could only influence ZUK negatively, but the fact that it has to spin a company off to speed things up implies how difficult it is to do it from the inside. Lenovo kicked off its transition into mobile products and services a couple of years ago, but despite a still robust PC business, the company’s mobile division is only making small strides.

In the last fiscal year that ended on March 31, 2015, the world’s third-largest handsets maker’s mobile revenue increased annually by 71% to $9.1 billion, and its share in the group’s total revenue went up by 6% to 20%. But Lenovo could use a faster growth rate, given that this revenue increase includes a one-time boost from acquiring the loss-making Motorola Mobility from Google, which contributed to Lenovo’s 4% year-on-year dip in pre-tax incomes.

The more pressing issue is that Lenovo is losing steam in its home turf—China. The region’s revenue grew less than 1% the past fiscal year, as its share in total revenues dropped from 38% to 32%. Among the 76 million handsets Lenovo sold worldwide (including Motorola sales), only about 59% are inside the Chinese borders (40% if you exclude Motorola).

And ZUK has taken on the mission to change momentum by testing new internet-friendly strategies for the Chinese market. China is very different from what Lenovo has to deal with in other countries around the world, Chang said, as competition is fiercer and everything evolves faster.

With regard to the competition, Chang said that ZUK would mainly target the third and fourth-tier cities, avoiding a direct face-off with Apple or Samsung in major metropolitan areas. As for their most formidable rival Xiaomi, Chang believes that the five-year-old company has already grown so big that it will start to lose its competitive edge as a small start-up.

“Xiaomi is more and more like Lenovo,” Chang said. “They keep on cutting prices, from RMB 1,999 to RMB 999 and now to RMB 499. They have diverted from their original strategy [which is building only a few quality products for a group of hardcore fans] and that gives us a chance to cut in.”