Youth today are not just content competing in the corporate steeplechase. They also want to make a difference 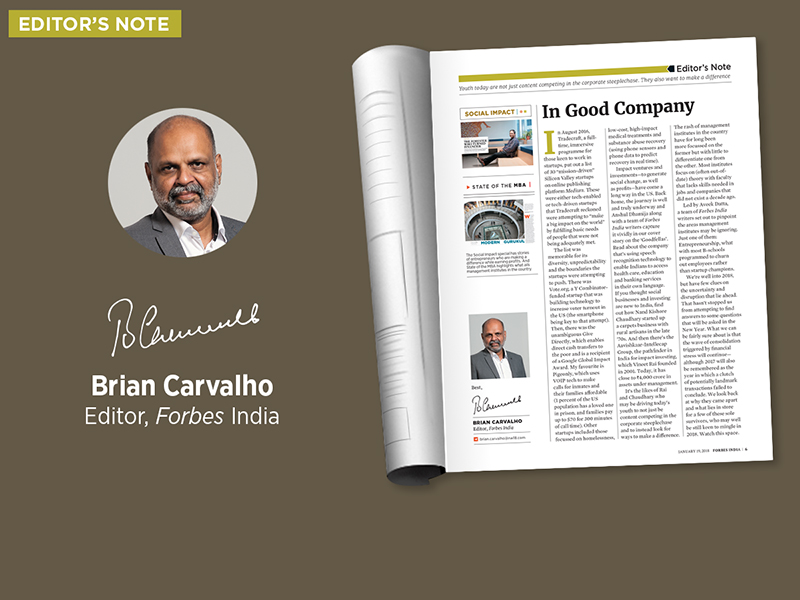 In August 2016, Tradecraft, a full-time, immersive programme for those keen to work in startups, put out a list of 30 “mission-driven” Silicon Valley startups on online publishing platform Medium. These were either tech-enabled or tech-driven startups that Tradecraft reckoned were attempting to “make a big impact on the world” by fulfilling basic needs of people that were not being adequately met. 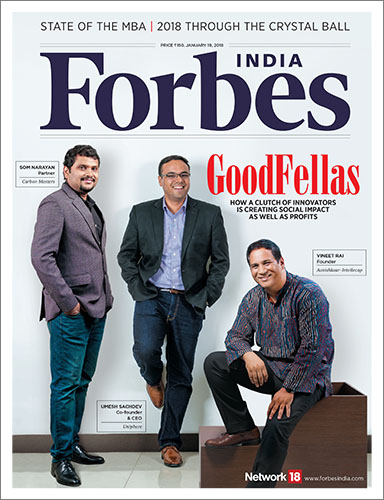 The list was memorable for its diversity, unpredictability and the boundaries the startups were attempting to push. There was Vote.org, a Y Combinator-funded startup that was building technology to increase voter turnout in the US (the smartphone being key to that attempt). Then, there was the unambiguous Give Directly, which enables direct cash transfers to the poor and is a recipient of a Google Global Impact Award. My favourite is Pigeonly, which uses VOIP tech to make calls for inmates and their families affordable (1 percent of the US population has a loved one in prison, and families pay up to $70 for 300 minutes of call time). Other startups included those focussed on homelessness, low-cost, high-impact medical treatments and substance abuse recovery (using phone sensors and phone data to predict recovery in real time).

Impact ventures and investments—to generate social change, as well as profits—have come a long way in the US. Back home, the journey is well and truly underway and Anshul Dhamija along with a team of Forbes India writers capture it vividly in our cover story on the ‘Goodfellas’. Read about the company that’s using speech recognition technology to enable Indians to access health care, education and banking services in their own language. If you thought social businesses and investing are new to India, find out how Nand Kishore Chaudhary started up a carpets business with rural artisans in the late ’70s. And then there’s the Aavishkaar-Intellecap Group, the pathfinder in India for impact investing, which Vineet Rai founded in 2001. Today, it has close to ₹4,000 crore in assets under management.

It’s the likes of Rai and Chaudhary who may be driving today’s youth to not just be content competing in the corporate steeplechase and to instead look for ways to make a difference. The rash of management institutes in the country have for long been more focussed on the former but with little to differentiate one from the other. Most institutes focus on (often out-of-date) theory with faculty that lacks skills needed in jobs and companies that did not exist a decade ago.

Led by Aveek Datta, a team of Forbes India writers set out to pinpoint the areas management institutes may be ignoring. Just one of them: Entrepreneurship, what with most B-schools programmed to churn out employees rather than startup champions.

We’re well into 2018, but have few clues on the uncertainty and disruption that lie ahead. That hasn’t stopped us from attempting to find answers to some questions that will be asked in the New Year. What we can be fairly sure about is that the wave of consolidation triggered by financial stress will continue—although 2017 will also be remembered as the year in which a clutch of potentially landmark transactions failed to conclude. We look back at why they came apart and what lies in store for a few of these sole survivors, who may well be still keen to mingle in 2018. Watch this space.

Tweets by @forbesindia
Ten interesting things that we read this week
2017: When marquee deals fell apart