Trump halts US immigration: What this means for you 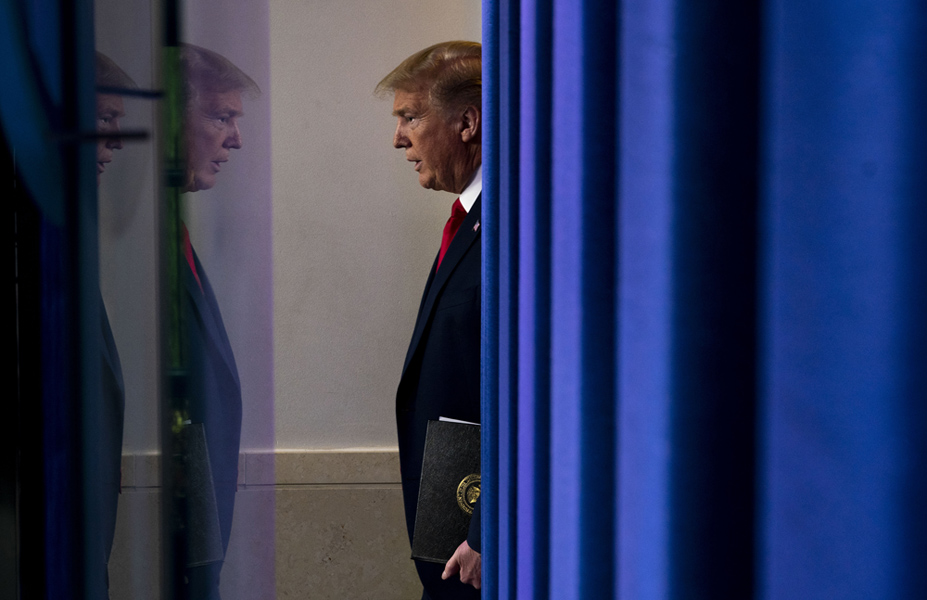 President Donald Trump said Monday evening that he intended to close the United States to people trying to immigrate into the country to live and work, a drastic move that he said would protect American workers from foreign competition once the nation’s economy began to recover from the shutdown caused by the coronavirus outbreak.

“In light of the attack from the Invisible Enemy, as well as the need to protect the jobs of our GREAT American Citizens,” Trump wrote on Twitter, “I will be signing an Executive Order to temporarily suspend immigration into the United States!”

In recent weeks, the Trump administration has said health concerns justified moving swiftly to bar asylum-seekers and unauthorized immigrants from entering the country, alarming immigration advocates who have said that Trump and his advisers are using a global pandemic to further hard-line immigration policies.

But the president’s late-night announcement Monday signals his most wide-ranging attempt yet to seal the country off from the rest of the world. A formal order temporarily barring the provision of new green cards and work visas could come as early as the next few days, according to several people familiar with the plan.

Under such an executive order, the Trump administration would no longer approve any applications from foreigners to live and work in the United States for an undetermined period of time, effectively shutting down the legal immigration system in the same way the president has long advocated closing the borders to illegal immigration. It was not immediately clear what legal basis Trump would claim to justify shutting down most immigration.

Workers who have for years received visas to perform specialszed jobs in the United States would also be denied permission to arrive, though some workers in some industries deemed critical could be exempted from the ban, the people familiar with the president’s discussion said.

Several people familiar with the president’s plans said the Department of Homeland Security was separately weighing a large expansion of travel restrictions that already prohibited travelers from Europe and China. The restrictions would significantly shrink the number of people able to come to the United States for short-term visits.

Trump and his advisers have argued inside the White House that doing more to bar people from other countries from coming into the United States, either for short-term visits or to live and work in the country for longer periods, could help limit the number of infected people who arrive from potential coronavirus hot spots around the world. And they argue that it could relieve pressure on the American health care system.

But Trump’s primary focus appears to be on protecting American workers as the virus ravages what had been a rapidly growing job market.

Even before the pandemic, the president and some of his most hard-line advisers had been eager to reduce legal immigration, arguing that Trump’s “America First” campaign pledge should be seen as protecting native-born Americans from having to compete with foreign workers.

Stephen Miller, the architect of the president’s immigration agenda, has pushed repeatedly for regulations and executive actions that would limit the amount of immigration that is allowed each year, arguing that immigrants are a drain on American society, drive down wages and take jobs from native-born Americans.

And the president’s restrictionist allies on Capitol Hill quickly praised word of his actions. Sen. Tom Cotton, R-Ark., said on Twitter: “22 million Americans have lost their jobs in the last month because of the China virus. Let’s help them get back to work before we import more foreigners to compete for their jobs.”

Immigrant rights groups angrily dispute the claim that immigration is bad for American workers, pointing to research that shows there is little connection between immigration and wages, and stressing the benefits of America’s immigrant culture. Charanya Krishnaswami, the advocacy director for the Americas at Amnesty International USA, responded to the president’s tweet with one of her own.

“When you’re a xenophobe, bans on migration are the only tired, failed, hateful solution you can think of,” Krishnaswami wrote. “Suspending immigration won’t make the US—which currently leads among COVID cases worldwide — safe. Our policies need to be grounded in public health, not bigotry.”

Trump’s denigration of migrants was the centerpiece of his 2016 presidential campaign, and his assault on the nation’s immigration system was a defining feature of his first term in office. As he seeks reelection to a second term, Trump has made clear that he intends to energize his supporters by continuing to stoke a fear of immigrants.

Tweets by @forbesindia
Covid19: Add some sass to your face masks
Oil's manic fall has nothing for the Indian consumer