The rise of social robots: How AI can help us flourish

Robots that are socially intelligent interact and communicate with people in human-centric terms, create emotional connections and are much more effective in supporting humans than screen-based technologies 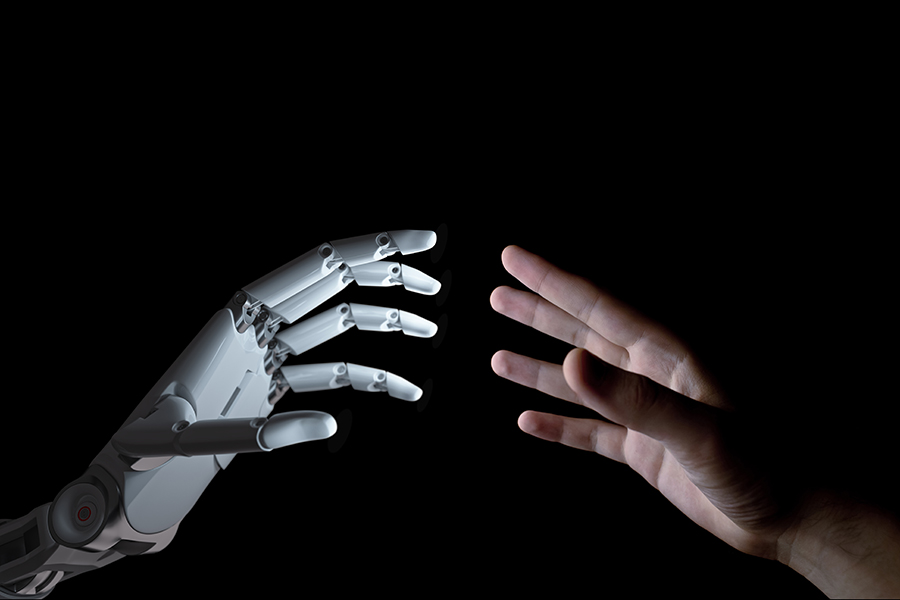 Image: Shutterstock
Judging by the latest headlines, artificial intelligence (AI) is a double-edged sword with the power to create vast economic efficiencies while decimating jobs and industries.

Cynthia Breazeal, an associate professor of media arts and sciences at the Massachusetts Institute of Technology, focuses her research at the micro-level, exploring AI’s positive impacts on individuals in their everyday lives.

“I don’t think that AI will have fulfilled its full potential unless it can unlock human potential,” said Breazeal, one of several featured speakers at a recent academic conference about the intersection of technology and human psychology. “Can AI help us become who we aspire to be? Can it help us live not just more productive but better, more fulfilling lives?”

Breazeal, a leader in the field of social robotics, was a keynote at the Psychology of Technology Conference, co-hosted by UVA Darden’s Batten Institute for Entrepreneurship & Innovation and the Psychology of Technology Institute. After launching the Personal Robots Group at the MIT Media Lab, Breazeal and her collaborators have been studying and developing “social robots,” which interact and work with humans in an interpersonal way, helping them achieve their goals and improve the quality of their lives. “We are facing a lot of challenges,” said Breazeal, “in health care, in education, in aging, and, if developed the right way, AI can really help us.”

RELATIONAL AI
There’s no question that personal robots and other AI systems are becoming a growing presence in our lives. But while Apple’s Siri, Google Home and Amazon’s Alexa can carry out certain tasks, they can’t truly support who we are, according to Breazeal. “When we talk about human flourishing,” she said, “it’s not about brief encounters with AI. Positive emotions, meaning, a sense of achievement, relationships — all those things are extremely important. I call it ‘relational AI’ — AI that can understand us as people and treat us as people.”

Breazeal believes that we need to appreciate human social and emotional psychology and design the robots according to the principles of how people interact with one another. “A social robot,” she said, “should feel much more like you’re interacting with a someone rather than a something.”

Jibo, a robot the size of a small table lamp developed in Breazeal’s lab, offers a great example. Like other social robots, Jibo was designed to win us over not with its cognitive prowess but with its personality and sociability. It was programmed to autonomously read out emails and make video calls, but, more importantly, to recognize faces, notice when someone enters the room, and turn its head to say hello or crack a joke.

SOCIAL ROBOTS IN EDUCATION
Breazeal has been studying the benefits of humanized engagement with AI in schools, using social robots as personalized learning companions. We know that children learn best when actual humans give them individual attention; however, given overcrowded classrooms, a social robot could step in to supplement a human teacher, according to Breazeal.

Take Tega, a furry red creature with googly eyes Breazeal and her team designed to prepare children for school. Tega can tell stories and start conversations, while testing and expanding children’s vocabularies. With a built-in camera, it records their reactions and responds appropriately to their behaviors. It acts more like a peer than a teacher, encouraging students in a child-sounding voice.

As Tega works with children one-on-one, it learns to mirror their emotional responses, then gradually personalizes its responses to optimize each student’s experience and progress. According to one study, kids who received personalized responses from Tega were more engaged by the activity than those in a control group. In addition, children who related to Tega more had higher vocabulary scores and told longer stories.1

SOCIAL ROBOTS IN ELDER CARE
Robotic companions can help aging humans live more stimulating lives. “In assisted living facilities,” said Breazeal, “robots can engage seniors to foster social connection with other residents in a time in which chronic loneliness is an epidemic with significant health risks.”

Considering that the population of older adults is growing while the caregiving workforce is dwindling, machines with social and emotional intelligence can fill the gap as “extenders of our human capacity,” Breazeal said.

Her studies have repeatedly shown that robots that are socially intelligent interact and communicate with people in human-centric terms, create emotional connections and are much more effective in supporting humans than screen-based technologies. “Relational AI is not just a tool that we use,” said Breazeal, “but an empathetic, collaborative ally.”

“Understanding the human-technology relationship is critical to our well-being as a society,” said Darden Professor Roshni Raveendhran, co-chair of the Psychology of Technology Conference. “The researchers at this conference were asking critical questions that will enhance our knowledge in this area. Cynthia’s work is of utmost importance as we think about a future in which we can work with novel technologies to augment humanity.”