L'Oreal MD: India Is the Future 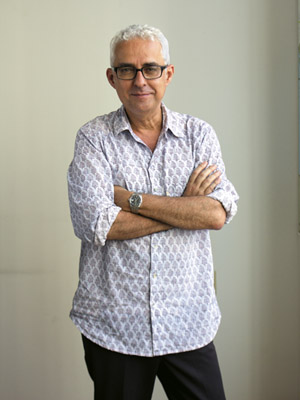 Q. You came to India in 2008. How has the cosmetics sector evolved since then?
The industry was already under transformation in 2008.  The transformation was mainly due to what I call ‘pre-premiumisation.’ The Indian market was seeing an increasing aspiration for the slightly more expensive brands. In fact, there was a decline of the cheaper brands that had established themselves in the local market. At that time, L’Oréal was focused just on the consumer division and didn’t have many brands.

Q. What were the important milestones for the company in these four years?
We have tripled the turnover from 2008 [to around $200 million] and have also increased our market share, which in the urban market is around 10 percent. Four years back, L’Oréal was relying only on the consumer division. Today, the consumer division itself has expanded and we also now focus on professional [salon] and luxury segments. We have scaled up our capacity in the manufacturing facility in Pune to 200 million
units and a new R&D centre is coming up in Mumbai.

Q. How about the rural market?
We don’t do soaps, washing products, tooth paste or oil, which are big in the rural market. At the same time, we are going to reach the smaller towns.

Q. How has the taste of India’s consumers evolved, especially that of the Indian women?
I think the consumer is more and more aware, educated and is conscious of the brands. Indian women have become more discerning and sophisticated.

Q. How important is the R&D centre for future growth?
It will play a big role in the coming years. This is only the third one in Asia after Japan and China and the sixth one globally after France, US and Brazil. We will be innovating the present products and will launch new ones for the Indian market.

Q. You are moving on to become the Chief Innovation Officer at L’Oréal. How much of your India experience will come handy in the new role?
Though it’s a worldwide role, the future for L’Oréal lies in markets like India, Brazil and China. So in terms of ideas and innovation, these will come out of these countries and this will be instrumental for the whole company.

Q. You lived in Mumbai for four years. How was the experience?
I’m right now in Paris but am missing India. I had got a bike in India, a Bullet 350, a 30-year-old bike from a French expat. I used to drive around Mumbai with my wife on that bike.

Q. What did you do with the bike?
I’m bringing it to Paris!

Tweets by @forbes_india
Letter From The Editor: How to Kill an Airline
Recognise Fear and Greed on the Stock Market