As the world gets bolder, our censor authorities seem to be getting more and more conservative: Uday Shankar 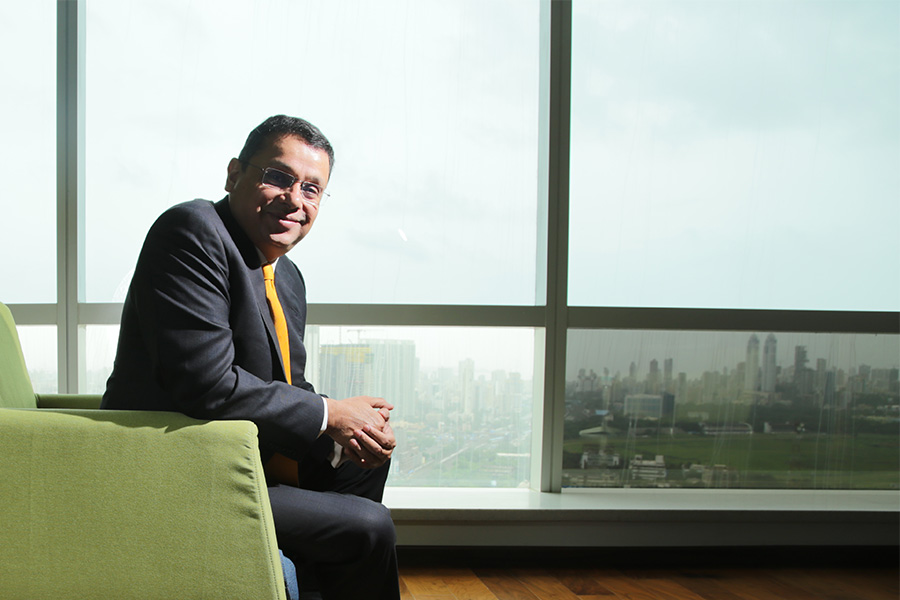 
“I am concerned if the Indian creative mind is in a position to respond to the pace of technological change with an equally rapid evolution in its creativity,” says Uday Shankar, chairman, FICCI Media & Entertainment Committee, and chairman & CEO, Star India. He says the key reason for this is the censorship that we all have to put up with. “As the world gets bolder, our censor authorities seem to be getting more and more conservative.” Shankar was speaking on the theme ‘Digital: Divide or Dividend?’ on the inaugural day of the three-day Ficci Frames event in Mumbai.

Touching upon the recent increase in censorship woes in the country, Shankar says “even a word like ‘saali’ has to be silenced in a film”. From ensuring city names are correct and contemporary to not discussing issues related to women – let alone female sexuality – Shankar says it is a disturbing trend which could, in the long run, undo a lot of gains that the media and entertainment industry has made in the last few decades. In 2015-16 alone, the censor board refused certification to 77 movies. Interestingly, this number was 47 in 2014-15 and only 23 a year before that.

But is it fair to blame the board alone? “In my view, the board generally reflects the dominant consensus of our society and there are increasingly more bodies, mostly self-appointed, who have taken upon themselves the task of censoring media content. The refrain seems to be, ‘I don’t like the legend or the myth on which your story is based, so I will burn down your sets. I don’t like a character, so I will not let you release your film’. If you say you are going to do a show of busting fake godmen and gangsters, there is pre-emptive action. And what is becoming alarming now is that sometimes even the forums that you would seek redressal at are more inclined to bless the streetside censorship than speak for the freedom of expression.” He says there is a long list of instances where the creative community has been bullied into changing its output to suit the needs of someone or the other in India. It seems that there are always people lurking in the shadows. Their sole job is to stretch and explore every piece of content that could be potentially offensive to someone.

Shankar recalls how a few days before the release of Jolly LLB 2, “we were asked to screen it to a group of lawyers and medical professionals, who were to decide whether the scenes were appropriate or whether they had insulted any profession or institution. This was despite the fact that the movie had been certified for universal release by the censor board”. Vandalism on the sets of Sanjay Leela Bhansali’s film Padmavati in Jaipur, followed by burning down of their sets in Kolhapur and violent protests during the release of films like Oh My God! and PK are just some of the instances where fringe elements tried to assert their authority and caused disruption.

While the openness of the internet was supposed to lead to greater plurality of opinions, Shankar says it has instead created a violent polarity. Every argument has been lowered to narrowly legal and brutally physical consequences, and there seems to be no room for disagreement. The institutions tasked with protecting expression and plurality seem to be at loggerheads with the objective itself. Shankar raises a pertinent question when he says, “By creating elaborate formal ceremonies around it, are we taking the joy out of one of the most loved and celebrated lyrics in our country i.e. our National Anthem?” It is frightening, he says, that the court order has just become yet another weapon in the hands of any goon who is keen to stamp his authority. “We are rapidly descending into a mindset where the most critical objective of a work of art is to make sure that it offends nobody no matter how many thematic or creative compromises it has to make. This is the most worrying part; that creative minds have begun to self-censor their thoughts and have started killing ideas before they germinate to avoid any conflict. And that is really frightening.”

A regular defence for the advocates of vandalism is that unique measures must be taken to protect our culture. But Shankar says there is nothing unique about these methods; we are just following the script that Hollywood had written almost 100 years ago. He explains that in the early part of the 20th century, Hollywood had decided to self-regulate itself. It adopted a production code and insisted on its enforcement for almost 25 years. The code covered the use of profanity like hell and damn, any suggestive nudity, willful offence of any nation, race or creed and any ridicule of the clergy among other things. “Doesn’t it sound familiar? The similarity with our own moral code is striking to say the least. Interestingly, television that was just arriving in American homes then emerged as the challenger to this regime. Along with European cinema that came into the US, television buried this regressive moral code,” he says.

What’s important to see is whether digital will play the same role for India, he says. “Just a year ago, we were having a lively discussion about digital adoption. In less than a year, we are past that tipping point in this country. The distance that India has travelled in adopting internet-based behaviour is nothing short of remarkable,” says Shankar. Here, he refers to the progress the Indian media and entertainment companies have made by launching their own digital platforms like Hotstar and Voot, coupled with reset in costs and quality benchmarks led by Reliance Jio. India is also becoming a lucrative market for global digital giants like Netflix and Amazon Prime.

“Now, digital needs to play the role of a progressive challenger, provide a bigger canvas to creativity and create a space for dissenting points of view,” says Shankar, adding that digital has the ability of democratising broadcasting. “Only when modern technology and contemporary creativity truly come together, will we create a compelling and powerful media and entertainment offering,” he signs off.

Tweets by @forbesindia
Nokia's new 3310 will appeal to Indians, even those with app-laden smartphones
Guinness brewing family's 5,000-acre Luggala estate is on sale for $30 million