The Monday blues are playing a dampener with this year’s Valentine’s Day celebrations, but couples, undaunted, are gearing up to spend more than they did last year. 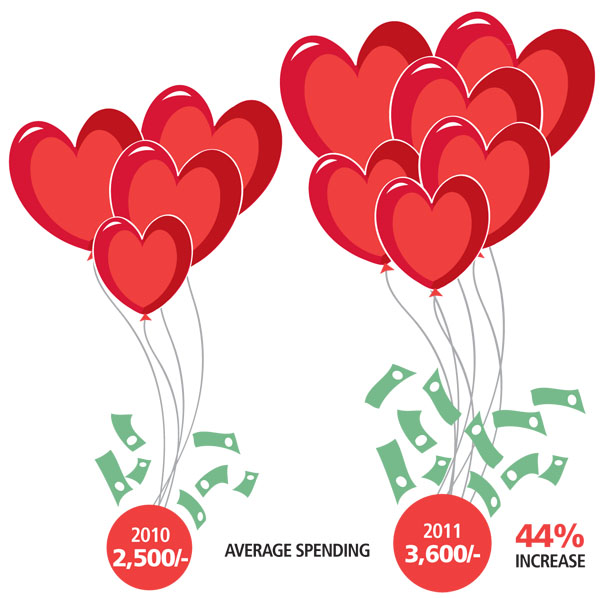 We conducted a dipstick survey and asked urban couples what their V-Day budgets were and found that they had spent an average of Rs 2,500 in 2010 on gifts and celebrations (either a movie or a dinner) whereas this year, the average amount that they plan to spend is about Rs 3,600.

However, it must also be noted that last year, February 14 was on a Sunday and saw some people heading out for short trips outside their cities for Rs 10,000 or more. This year, however, celebrations are largely restricted to movies, dinners and gifts.

If we take a look back at 2009, things are definitely getting more pink and pretty. 2009 was the year when Cupid took a beating at the hands of the dreaded R-word. Recession. But now he is back on his wings.

Tweets by @forbes_india
A Rich Harvest: The Win-Win Initiative to Help Farmers
Why Japanese Steel Companies Are In India