Trump: The art of the spiel

Donald Trump hasn't just been a subject in Forbes—for many years he also advertised in the pages of the magazine, never letting the facts get in the way of a good sales pitch 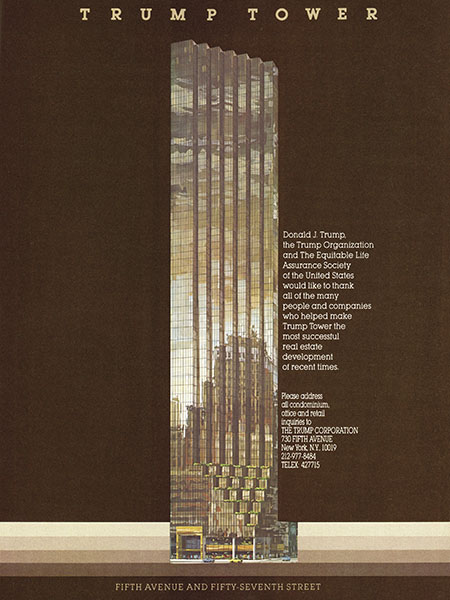 In February 1983, the young New York real estate mogul places his first ad in Forbes, boasting that Trump Tower is “the most successful real estate development of recent times”—before the entire building even opens. 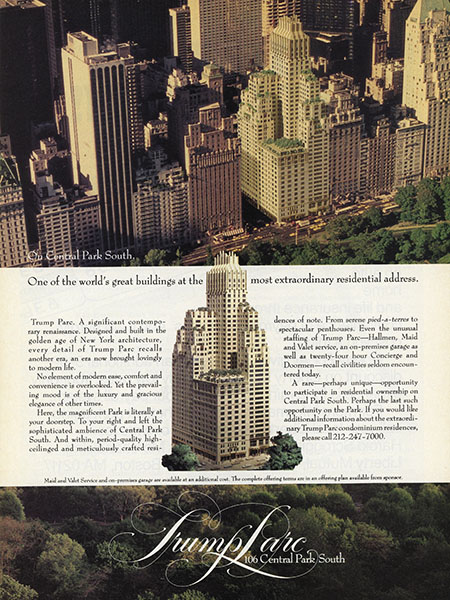 Advertising Trump Parc in 1986, Trump touts the building as a chance to buy property on the southern border of New York City’s Central Park, “perhaps the last such opportunity”. Thirty-one years later, the Trump Organization is still selling condos in the same building. 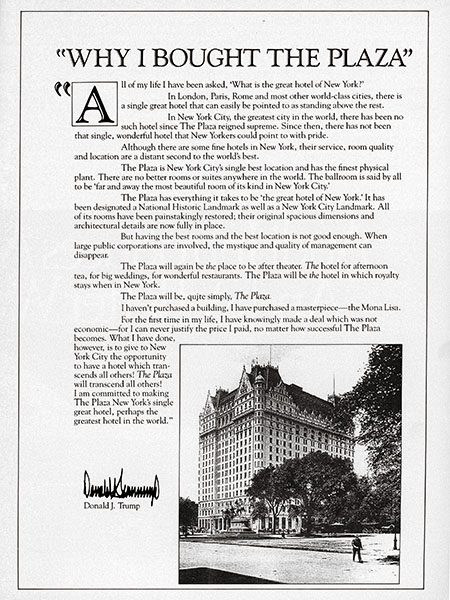 In 1988, Trump runs an ad explaining his purchase of New York’s Plaza Hotel. “For the first time in my life, I have knowingly made a deal which was not economic—for I can never justify the price I paid, no matter how successful The Plaza becomes. What I have done, however, is to give New York City the opportunity to have a hotel which transcends all others!” Four years later, the hotel files for bankruptcy. 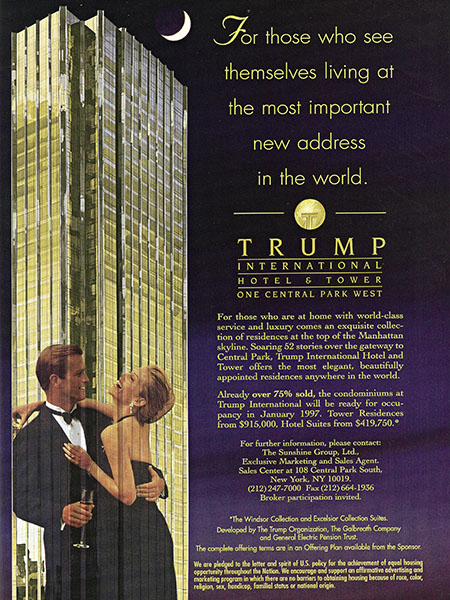 Trump places an ad for Trump International Hotel & Tower in 1996, listing apartments starting at $420,000. That price may have surprised hyper-aware readers, given that Trump had placed a similar advertisement seven months earlier listing the same type of units for just $250,000. 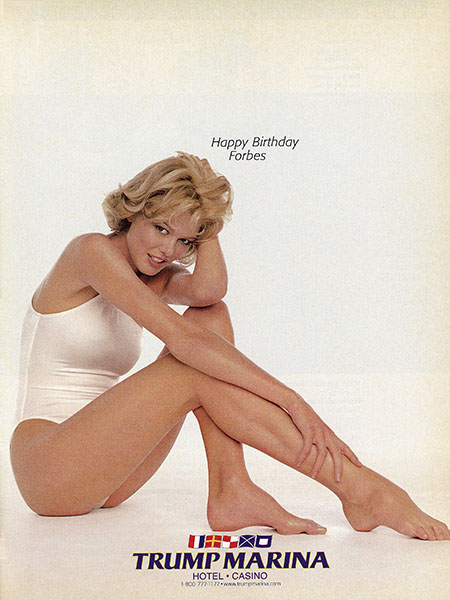 Twenty years ago, Trump sent a strangely flirtatious birthday card—which also served as an advertisement for one of his Atlantic City casinos—to celebrate Forbes’s 80th anniversary. (No need to send one this year.)