From figure skater Yuzuru Hanyu of Japan to NHL star Connor McDavid of Canada, the biggest names in winter sports will descend on the Chinese capital in February for the Beijing 2022 Olympics 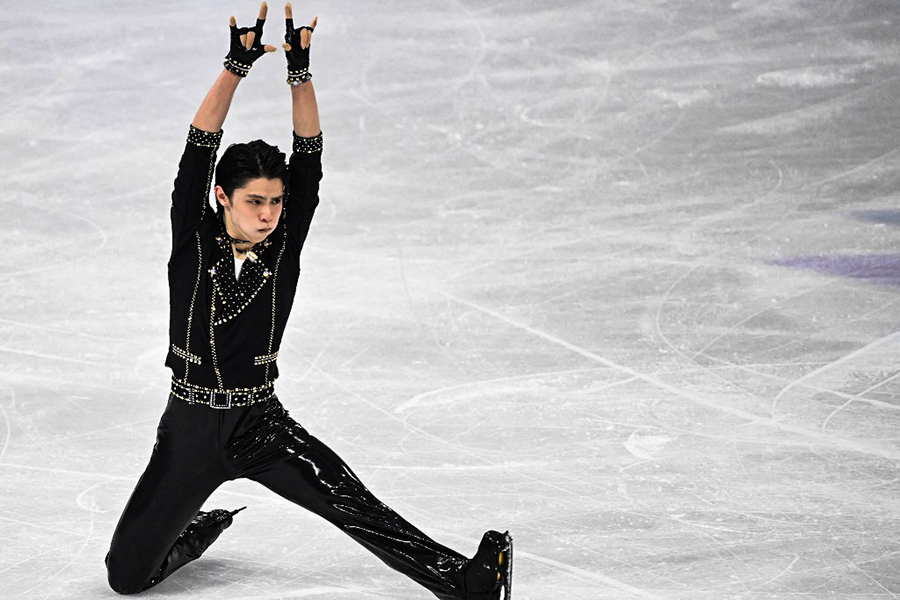 The biggest names in winter sports will descend on the Chinese capital in February for the Beijing 2022 Olympics.

Ahead of Wednesday's 100-day countdown to the Games, AFP Sport picks out five stars who look set to light up the Olympics.

Hanyu is still only 26, but the "Ice Prince" is already going after a hat-trick of Olympic figure-skating gold medals. He is always followed by screaming fans who shower the ice with Winnie the Poohs after his routines—potentially sensitive in China because critics mock President Xi Jinping as looking like the fictional bear. Although the Beijing Games will be restricted to local spectators, Chinese authorities have vowed to ensure Hanyu still gets plenty of support—the official intervention underlining just how big a star he is.

Born in California and representing the United States before switching to China, Gu looks destined to be one of the faces of the Games. Just 18, the freeskier is also a model and grade-A student. Known as "Gu Ailing" in China, her father is American and mother Chinese. She has been enthusiastically embraced in China, with the country's media affectionately dubbing her "Frog Princess" after a green helmet she wore.

The American skiing star is pursuing a third consecutive gold in slalom, but has admitted having some trepidation ahead of Beijing. The 26-year-old won the overall World Cup title for three straight years to 2019, but that streak ended with a horrible season marked by the sudden death of her father in February 2020, the coronavirus pandemic and a back injury as she went winless for the first time since her debut campaign in 2011-2012.

Born in the United States to Korean parents, she became one of the faces of the Pyeongchang 2018 Games when aged just 17. The snowboarder swept to halfpipe gold in South Korea, roared on by locals who adopted her as their own and chanted her name.

NHL players return to the Olympics and Edmonton Oilers captain Connor McDavid will be one to watch. At 24 he is one of the youngest players for Team Canada but still one of the best. There is a good chance that the two-time NHL MVP could be paired on a line with Colorado Avalanche forward Nathan MacKinnon—their speed and explosiveness looks like being one of the most lethal scoring combinations in men's hockey in Beijing.

- Pita Taufatofua (TGA) -The Tongan raised pulses when he peeled off for the opening ceremony of the Rio 2016 Olympics, then appeared shirtless again as temperatures plunged in Pyeongchang, and pulled off the same stunt in Tokyo. But after competing in freestyle cross country last time at the Winter Games—coming 114th but avoiding the wooden spoon—he is not expected to appear in Beijing.

Tweets by @forbesindia
How Chinese electric vehicles are giving Europe's automakers a run for their money
On building brands in the social media era, with Anjana Menon