From Ranveer Singh and Akshay Kumar to Ayushmann Khurana and Shahid Kapoor, unconventional choices of films and the ability to get into the skin of the character won these actors tremendous appreciation 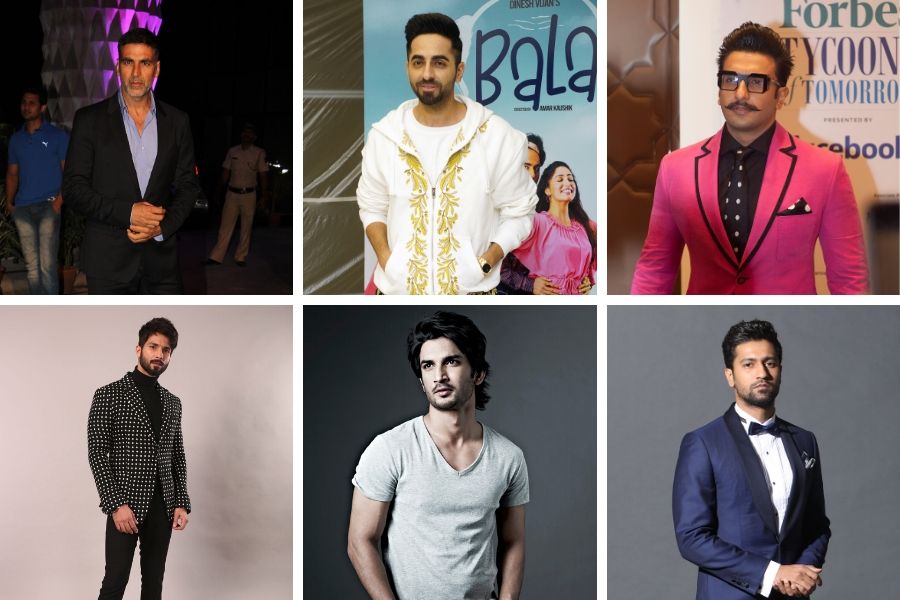 Akshay Kumar
The actor who starred in four films in 2019 had an enviable run at the box office. His Mission Mangal raked in over Rs290 crore at the box office, while Housefull 4 was among the top six grossers of the year, with collections of Rs279 crore. Akshay Kumar began the year with Kesari, which was based on the Battle of Saragarhi, and ended it on a high with Good Newwz. His comic timing has been appreciated in the light-hearted film which continues to rake in the moolah.
Ayushmann Khurrana
The actor hit a purple patch and continued with his dream run at the box office. While Dream Girl and Bala enjoyed commercial success and were lauded for their unique content, Article 15 got critical appreciation. Ayushmann Khurrana essayed diverse roles—a balding man, a ‘female’ call centre employee and a cop—in his three films of 2019 and excelled in all of them. Known for his penchant to pick the right scripts, he also won the National Award for Best Actor for his 2018 film Andhadhun.  Ranveer Singh
As Murad in Gully Boy, Ranveer Singh gave one of the finest performances of 2019. The film was chosen as India’s entry to the Oscars and the actor’s portrayal as an aspiring hip-hop rapper got him widespread appreciation. The actor showed restraint and vulnerability while depicting the character’s struggles to break out of the trying circumstances he finds himself in. He does not falter as he expresses Murad’s ambitions, hopes, despair and frustrations. With Gully Boy, Singh proved his versatility and displayed the ability to get into the skin of the character. Shahid Kapoor
He starred in one of the most successful films of 2019, Kabir Singh, which amassed almost Rs380 crore at the box office. Shahid Kapoor played the leading role of an ill-tempered surgeon in the remake of the Telugu film Arjun Reddy and gave one of the most defining performances of his career. As an obsessed, jilted lover, he portrayed his self-destruction convincingly on screen. However, the film was criticised for being misogynistic and for the character’s violent behaviour.  Sushant Singh Rajput
The actor put in a phenomenal performance as a dacoit in Sonchiriya and followed that up with another impressive one in Chhichore. The former saw him transform as a compassionate rebel in the ravines of Chambal and give his character a human touch by standing up for justice. In the latter, he used his boyish charm to play a college student and even essayed the role of a father with aplomb. Sushant Singh Rajput was at ease playing contrasting roles in his two films. Vicky Kaushal
After a successful 2018, Vicky Kaushal tasted even greater glory in 2019. His only release, Uri: The Surgical Strike, was among the top three grossing films of the year, with box office collections of Rs342 crore. The actor, who played Indian Army office Major Vihaan Singh Shergill, gave in his all to the role. He not only added 16 kg to look like a leader of a battalion but also spoke to former army officers to understand their mindset when they went on covert missions. Vicky Kaushal won a National Award for Best Actor for his performance and established himself as one of the most promising actors of his generation.     (The names appear in alphabetical order)

Tweets by @forbes_india
Hypertension? Your Kidney might be at risk!
Priyanka Chopra Jonas to Bhumi Pednekar: Best actresses of 2019