The union's creation is highly unusual for the tech industry, which has long resisted efforts to organize its largely white-collar workforce. 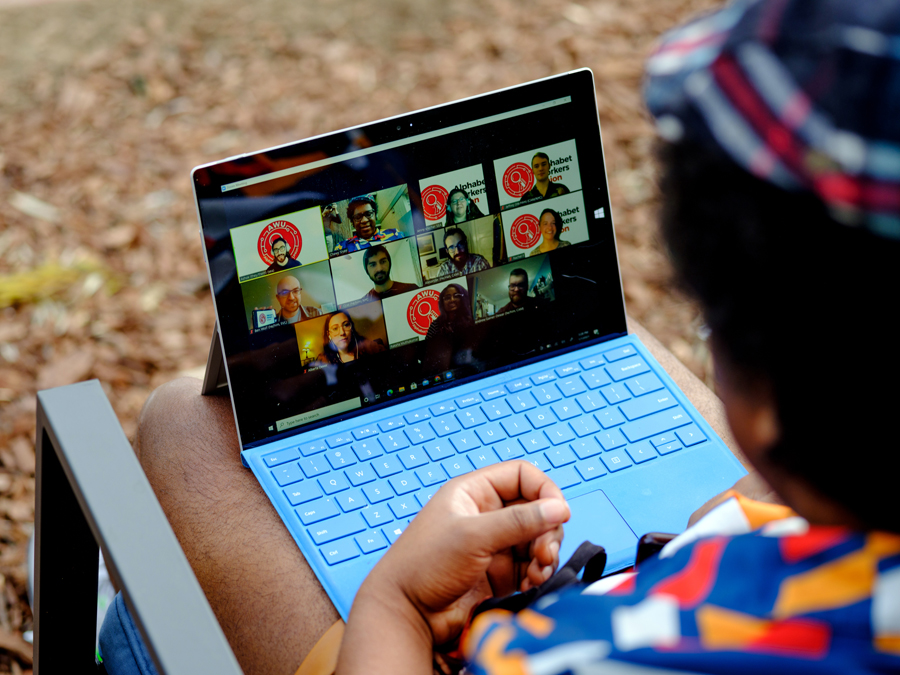 Chewy Shaw, an engineer at Google, attends a video meeting with other workers in the union from his home in Fremont, Calif., on Friday, Jan. 1, 2020. He says a union is a necessary tool to sustain pressure on management so that workers can force changes on workplace issues. (Damien Maloney/The New York Times)

More than 400 Google engineers and other workers have formed a union, the group revealed Monday, capping years of growing activism at one of the world’s largest companies and presenting a rare beachhead for labor organizers in staunchly anti-union Silicon Valley.

The union’s creation is highly unusual for the tech industry, which has long resisted efforts to organize its largely white-collar workforce. It follows increasing demands by employees at Google for policy overhauls on pay, harassment and ethics, and is likely to escalate tensions with top leadership.

The new union, called the Alphabet Workers Union after Google’s parent company, Alphabet, was organized in secret for the better part of a year and elected its leadership last month. The group is affiliated with the Communications Workers of America, a union that represents workers in telecommunications and media in the United States and Canada.

But unlike a traditional union, which demands that an employer come to the bargaining table to agree on a contract, the Alphabet Workers Union is a so-called minority union that represents a fraction of the company’s more than 260,000 full-time employees and contractors. Workers said it was primarily an effort to give structure and longevity to activism at Google, rather than to negotiate for a contract.

Chewy Shaw, an engineer at Google in the San Francisco Bay Area and the vice chair of the union’s leadership council, said the union was a necessary tool to sustain pressure on management so that workers could force changes on workplace issues.

“Our goals go beyond the workplace questions of, ‘Are people getting paid enough?’ Our issues are going much broader,” he said.

In response, Kara Silverstein, Google’s director of people operations, said: “We’ve always worked hard to create a supportive and rewarding workplace for our workforce. Of course, our employees have protected labor rights that we support. But as we’ve always done, we’ll continue engaging directly with all our employees.”

The Alphabet Workers Union, which represents employees in Silicon Valley and cities like Cambridge, Massachusetts, and Seattle, gives protection and resources to workers who join. Those who opt to become members will contribute 1% of their total compensation to the union to fund its efforts.

Although they will not be able to negotiate a contract, the Alphabet Workers Union can use other tactics to pressure Google into changing its policies, labor experts said. Minority unions often turn to public pressure campaigns and lobby legislative or regulatory bodies to influence employers.

Tweets by @forbes_india
In a Topsy-Turvy pandemic world, China offers its version of freedom
Performing exceptionally well in the digital space- Brandon
MIMMS