Artificial life could be a scientific revolution, technological marvel or a triumph of imagination 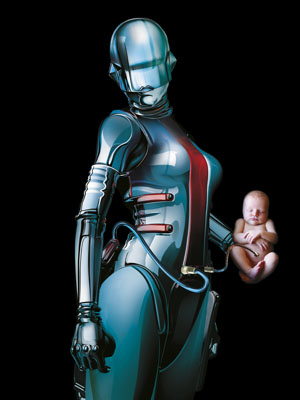 John Lennon of Beatles, at one point in time thought that they were more famous than Jesus Christ. But Craig Venter and Hamilton Smith might just pip God or the Beatles to the number one spot if their creation yields the right results. Venter and Smith have developed a living species that has no ancestor. They have built the DNA of bacteria from scratch and inserted the same into a shell to create life.

But is that life? “I don’t think so. We have been able to genetically engineer bugs and drugs to be harmful for many years. What Venter has accomplished is a technical tour de force, not a scientific revolution. However, you could argue that in some ways, his version of genetic engineering is more controllable as synthetic biology is based on building blocks that don’t occur in nature,” says Dr. Vikram Sheel Kumar, a Forbes India columnist.

Hello Technology, Bye Humans?
The rapid progress of technology where technology itself will be responsible for building technology is known as ‘singularity’. This will involve intelligence amplification. The means to do this will involve bio-technology or genetic engineering, nootropic drugs or brain-computer interfaces. Even if Venter has created artificial life, implanting intelligence into it is a long way ahead. But we can argue that this is a baby step towards singularity.

Life and Capital
Venture capital has been after synthetic biology for some time. But not many have made profits from this field. Recently, Codon Devices Inc, a Cambridge-based biotech firm working on ways to synthesise DNA, quietly shut down. Its investors included Flagship Ventures, Alloy Ventures and Highland Capital Partners. Since investors have already burnt their fingers earlier in similar experiments, they’d rather wait and watch.

Farewell Energy Shortage?
Artificial life can theoretically build bio-fuels in the near future. But it has a long way to go.
Venter has conducted this experiment with bacteria and now will have to repeat the same with algae which would turn carbon-dioxide into petrol by photosynthesis. But there are too many assumptions for this process to become a success.
Terrorism
There is fear that terrorists will use artificial life to create havoc in the system. But for that one would need to be a trained bio-technologist. Or a bio-technologist needs to turn into a terrorist. There are more cost effective means to destroy the world compared to the complexity of biotechnology.
Fiction is Stranger than Fact
Greg Bear wrote a short story, ‘Blood Music’, where a scientist injects himself with intelligent cellular material that plays havoc with his system and enters the real world. The story was written much before the term biotechnology was coined. Venter’s creation is not intelligent enough so cannot be equated with Blood Music.
Vernor Vinge who has worked in the area of singularity wrote Rainbows End where the characters can amplify their intelligence and there was a close relationship with biology and computers. But even that book is not in tune with Venter’s creation.
Mary Shelley created Frankenstein’s monster who needed extra sparks of promethean lightning to come to life. Venter comes closer to this character but is still not there yet.
Lastly, Michael Crichton’s Jurassic Park was one book where dinosaurs were created like versions of software and the bugs were being removed effectively till the desired result was acquired. Venter’s creation is more on the lines of Jurassic Park and its dinosaurs.

Tweets by @forbesindia
Mattresses For a Good Night
South Africa: The Men Who Matter