Should entrepreneurs pitch products or ideas for products?

Entrepreneurs with a new product idea must decide whether to pitch the concept or provide an actual prototype. Which works best? Professor Hong Luo finds answers in Hollywood screenplays 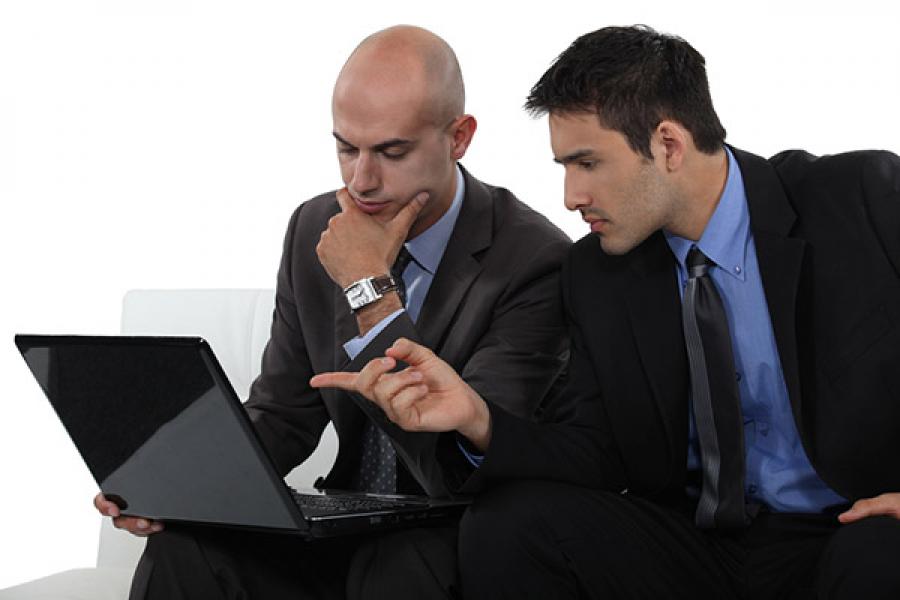 In trying to secure financial backing for a new product, independent innovators generally face the question of how much to invest in development before showing it around. Should they create, say, a working prototype (and maybe even generate sales) or pitch the idea for the product and see if there is enough interest to go further?

Which is the better strategy for young innovators? What are the pros and cons of each? Can the risks be measured and mitigated?

Harvard Business School’s Hong Luo, an assistant professor in the Strategy Unit, studies entrepreneurship in Hollywood. Like other entrepreneurs, screenwriters struggle with the decision of how to advance their product. Should they pitch just a story line for a film or write an entire screenplay “on spec”—short for speculation—and then, hopefully, sell it?

“One of the top questions screenwriters talk about in their online communities is whether to pitch or to spec,” says Luo.

In her paper published by Management Science, When to Sell Your Idea: Theory and Evidence from the Movie Industry, Luo takes a scientific approach to the “pitch or spec” dilemma by constructing a model that links this choice to writers’ past experience and their confidence level about this particular idea. The model also predicts the average quality of ideas offered for sale at different stages. Luo tested the model on 1,863 screenplays sold between 1997 and 2005.

Pros and cons of pitch or spec
There are pros and cons to each approach, Luo says, noting that the pitch or spec dilemma touches any independent inventor looking to sell a new product, technology, or concept.

Pitching an idea before actually producing a product can be advantageous to an entrepreneur because of the possibility of early and ongoing feedback from a seasoned buyer. By using this approach, the seller avoids wasting time and resources if the buyer deems the idea worthless from the get-go. Another advantage is the seller does not incur a huge sunk cost, which strengthens their bargaining position.

But intellectual property protection is not perfect, and disclosing an idea at its nascent stage imposes an even greater risk of expropriation. For inventors, a patent provides strong protection. For writers, a complete screenplay would better ensure copyright protection because the plot, dialogue, and characters are much better defined.

In addition, “the threat of selling the idea to the buyer’s rival reduces the current buyer’s incentive to appropriate the idea because the monopoly surplus is higher than that from a duopoly,” Luo explains. This intuition was originally developed by her colleagues Dennis Yao at Harvard Business School and Jim Anton from Duke University. “This threat is more immediate if you are selling a complete script, for example, because the buyer’s rival could take it to market faster.”

Therefore, selling the idea at a later stage provides the seller with better protection.

There are other reasons, which are not explicit in the model, for which a later-stage sale might give the seller a greater slice of the pie, Luo says. For example, with a better-protected and better-defined idea, the seller can more easily induce a bidding war.

The buyer’s perspective
Regardless of what stage the idea is at, there’s always the challenge of persuading a buyer to consider it at all, let alone purchase it.

“From the buyer’s point of view, evaluating an idea not only involves physical costs and the opportunity cost of time,” Luo says. Having firsthand knowledge of an idea could expose buyers to potential legal disputes—either idea-theft claims or copyright/patent infringement actions. “These costs and risks make buyers very cautious about whom they choose to meet. And that creates a barrier for relatively inexperienced sellers.”

Here, the “signaling” effect of the sale stage kicks in. The choice of selling a more complete idea signals to the buyer that the writer/inventor is confident enough to make a real investment in the idea before trying to sell it. This is especially important for relatively inexperienced sellers, helping them break through the access barrier to the buyer, Luo says.

Saving the best for spec
Luo collected her initial data from Done Deal Pro, a database that tracks transactions of movie ideas in Hollywood, including sales of both nascent ideas and fully formed scripts—the vast majority of which never actually make it to the silver screen. The database also offers names of both scriptwriters and script buyers. She then linked the sales data to data from Internet Movie Database and The Numbers, which provide information about the writer’s past experience and about those screenplays that successfully reached the theaters, along with data about how those films fared at the box office.

The main measure that the paper uses to approximate a writer’s “observable quality” to the buyer is the number of writing credits for movies that have been released by major studios five years before the sale date of the pitch or spec.

The advantages of prior success
Writers of relatively high observable quality have the luxury of capturing a buyer’s attention whether an idea is a nascent-stage pitch or a fully formed screenplay. The model suggests that if a writer already has a buyer’s respect, it makes sense to spec the better ideas and pitch the worse ones. The intuition is that when a writer is sufficiently confident about the idea, the incentive to capture a greater slice of the pie (because a spec is better protected) outweighs the advantages of pitching (such as getting early feedback).

The data provide some evidence for a writer’s selection behavior through the performance of released movies. “For writers with two or more [major] credits, the predicted box office [success] of a spec is significantly greater than [that of] a pitch by at least 51 percent,” the paper states.

However, writers of low observable quality would have trouble participating in the pitch market for nascent-stage story lines. “For inexperienced screenwriters, their most immediate problem is how to get the access, how to get their ideas heard,” Luo says, adding that the same goes for inexperienced entrepreneurs.

“Experienced writers advise them to go ahead and write their scripts first—that the very act of investing yourself will boost the confidence of the buyer,” she says.

These arguments are consistent with historical data. Sixty percent of sales from writers without any major writing credits in the previous five years are specs. Once a writer has one or two credits to his or her belt, the likelihood of the sale being a spec drops to about 40 percent.

Advice for the novice seller
Apart from investing in the idea to further resolve uncertainty, other ways for unknown writers to gain access to prospective buyers include teaming up with established sellers, working with intermediaries that specialize in screening ideas.

These findings have implications for other parties involved in the market for ideas, Luo explains. For example, the timing of the sale is found to be an important indication of quality. Thus, it seems prudent for buyers to avoid options to buy early ideas from sellers who face no difficulty in selling at any time, or at least to take into account the lower expected quality when deciding on the price.

Finally, stronger IP protection may actually hurt novice sellers whom these policies are often intended to protect because buyers might be more reluctant to meet them for fear of more idea-theft suits. Smarter government intervention might loosen these buyer’s participation constraints, Luo says.