The Mumbai-based firm, which manufactures attractive cartons for top brands, has seen a near 10-fold increase in revenues in the past decade 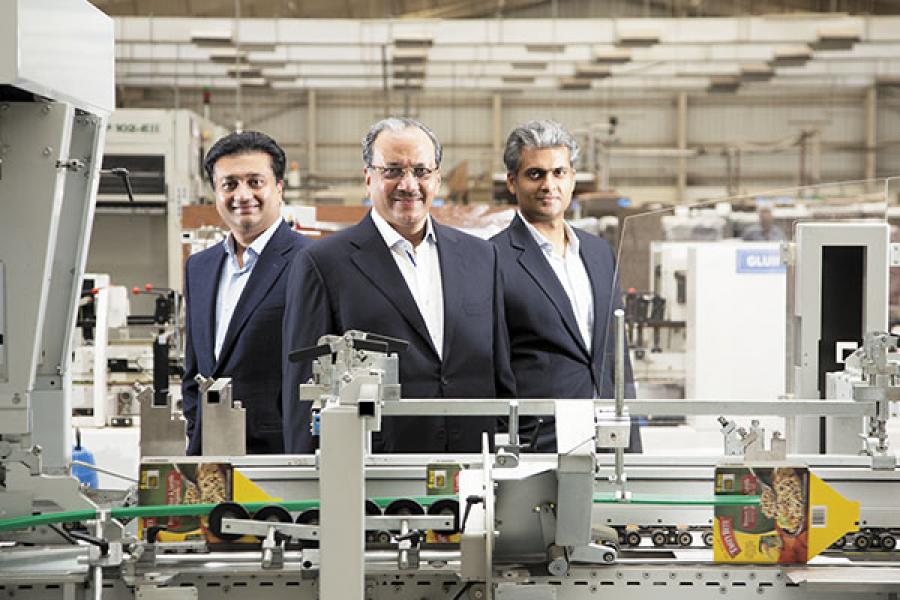 When you fill your shopping cart with the attractively packaged products neatly stacked on the shelves of malls, it’s unlikely that you have paid attention to their thoughtfully created cartons. Mumbai-based Parksons Packaging is responsible for many of those, and has been in the business for the last 20 years. Parksons manufactures and designs the cartons. In some cases, it even provides ‘keyline’ drawings to the client’s graphics team. 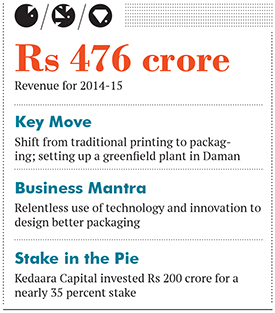 From its four factories across India—one each in Daman and Chakan (Pune) and two in Pantnagar (Uttarakhand)—Parksons manufactures 10 million packs daily for food and beverages, pharmaceuticals and personal care products. For instance, all Starbucks takeaway boxes in India are made by Parksons and several whiskey/wine brands are kept safe and pure in litho-laminated cartons manufactured by the company. It also manufactures clamshells and tray cartons for McDonald’s in India.

Its promoters, the Kejriwal family, claim that Parksons grew at 20 percent CAGR (compound annual growth rate) over the past five years, which is more than double the industry average of nine percent. And its rapid expansion and impressive clientele list has not gone unnoticed.

The person behind it
Parksons Packaging evolved out of a printing business in Lalbaug, Mumbai, which the Kejriwal family acquired from a local businessman in 1957. The firm made playing cards and was into commercial printing of brochures and calendars for corporates; something that continued till 1992.

But as liberalisation came in, Parksons Printers, as it was known then, decided to diversify into packaging. “Digital revolution and the internet were coming. We realised that printing could be impacted by new technologies and decided to restructure the family business,” says Ramesh Kejriwal, 65, chairman of Parksons Packaging. His eldest son Siddharth joined the family business in 1993 and younger son Chaitanya followed in 2003. “Instead of jumping into packaging straight away, we asked [accounting firm] Arthur Andersen along with Indian Market Research Bureau (IMRB) to carry out a survey for us to understand its potential. After six months, they gave us a positive feedback, which reinforced our belief,” says Kejriwal.

Why it is a gem
Between 1998 and 2001, the influx of multinational firms like L’Oreal, McDonald’s and Kellogg’s into India and the country’s positioning as an outsourcing hub for global brands came as a windfall for packaging firms like Parksons. As its business grew, in 1998, Parksons pumped in funds for a facility in Daman. In 2001, with a second tranche of investment, state-of-the-art machinery was brought into the plant.

In 1998, Parksons had 15-20 clients; it now boasts over 150 of them. In the last two decades, Parksons has bagged big clients such as Hindustan Unilever, McDonald’s, Kellogg’s, Godrej, Emami, Sun Pharmaceuticals and Wockhardt. This has translated into strong earnings: Its revenues jumped nearly ten-fold to Rs 476 crore in FY2015 from Rs 57 crore in 2005.

As its reputation grew, it continued to add big clients. In 2012, it worked with the R&D team of Samsung in Asia [the Korean multinational was already its client for folding cartons] for a turnkey project to design modern packaging for its entire range of mobile phones. In health care, Parksons claims it was the first in India to introduce Braille-embossing technology for folding cartons, which drug companies could export. Branded packaging for FMCG and white goods firms account for about 70 percent of Parksons’s revenues.

“We found Parksons attractive as it was the market leader in folded carton packaging and focussed on constantly driving innovation,” say Sunish Sharma and Manish Kejriwal, managing partners of Kedaara Capital. “We see a big shift in the [packaging] industry, from the unorganised to the organised, which should accelerate growth.”

Why it was hidden
Packaging was for decades considered just a way to wrap products; only in recent years, has there been a shift towards providing detail, improving product differentiation, innovation and brand recall. Also, Parksons’s visibility has improved in the last two decades as a leader—with a 9-10 percent market share in the organised folding carton packaging industry and the setting up of new factories.

Risks and challenges
While consumers are attracted to innovative packaging, the challenge will be to get them to accept high-end packaging. Innovation and technology will become the key differentiators. Parksons has introduced a cold foil inline technology, which creates a metallic effect in packaging. It will need to continue thinking out of the box to stay ahead of competition. This will be particularly critical in the world beyond food packaging, such as mobile phones, where China and India are key markets.

Tweets by @forbes_india
Confluent's whiz kids: Rulers of the stream
Laurus Labs: A hot startup in the pharma sector