Why Jugaad might make sense to the rest of the world, but not to India

Rishikesha Krishnan and Vinay Dabholkar say jugaad is good. But, with a structured approach, it could be better 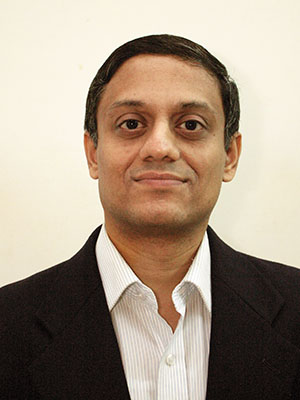 Despite a weak stock market, a shaky economy and the prospects of being laid off, you sense self-satisfaction in the war stories which Indian executives trade with each other.

One evening in Bangalore, a young man complained of a mall in Berlin which didn’t let him in because he was one minute late. Another one narrated the story of a New York hotshot who was devoted to his excruciatingly detailed schedule that even making a call to his son required a time slot.

The underlying message in these conversations is: Westerners are too wedded to their schedules and processes. And that will prove to be their undoing, when Indians, with their more flexible approach, get a chance to rule the world.

The Indian idea of jugaad—which refers to the ‘anything goes’ attitude—has acquired a new meaning (frugal and flexible innovation) in management and is now in the mainstream. In seminars and conferences, analysts and academics talk of it at length in the same way they spoke of Japanese style management in the ’80s.

This view, that flexibility and frugalism will triumph, fits in well with an increasingly globalised world. As companies find new markets, there will be a need to adapt and be flexible. The cookie-cutter approach won’t help anymore. 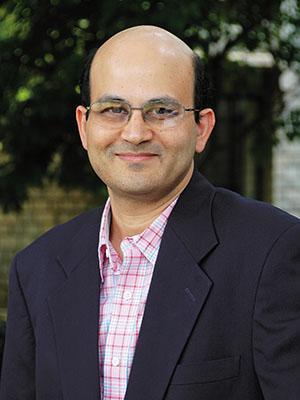 Rishikesha T Krishnan, professor at IIM-Bangalore
Executives face a new set of customers which, as the title of a book by Rama Bijapurkar goes, says, ‘We are like that only’. Technology is not only enabling a more flexible approach but also pushing it.

One of CK Prahalad’s later books (The New Age of Innovation: Driving Co-created Value Through Global Networks) makes a case for companies to use global resources when they have to customise for every single customer. An extension of this argument is: Jugaad is not only an important contribution by Indians to the world of management; it’s also the primary weapon which will help Indian companies conquer the West. The process-driven hulk of the Goliath will eventually be beaten by the flexibility of David.

It is in this context that Rishikesha T Krishnan, an IIM-Bangalore professor, and Vinay Dabholkar, president of Catalign Innovation Consulting, surveyed the innovation scene in India. And what they found was instructive.

“The innovation challenges of Indian companies are different. If you go to a typical company in the West, the processes are very elaborate, and over time they might even get bureaucratic. They end up not being fast in responding to the market. In their context, the idea of ‘think flexible’ is relevant. However, in India, we are starting from the other end. We have largely depended on ad hoc ways and improvisations. It’s good if Indian companies approach it in a more structured way,” Krishnan said.

Krishnan and Dabholkar didn’t have to look offshore for examples. Some of the most interesting innovations in India had some kind of a structure, but only few had codified or institutionalised them. And these were not confined to a few companies or sectors.

The surveyors brought these lessons—drawn from corporate behemoths and startups, bureaucrats and filmmakers, politicians and policemen—together in their new book 8 Steps to Innovation: Going From Jugaad to Excellence.

The eight steps are somewhat predictable (make a list of problems that need to be solved, encourage participation, experiment, incubate, iterate on the business model and so on) and would apply to any company in the world.

Krishnan’s argument is nuanced. He recognises that there’s no dearth of ideas in the country. “Historically, we are good at generating ideas. The question is about their relevance.” Companies can deal with this by starting with a clear list of problems, as Titan, one of the prominent examples in the book, did.

Another step that Indian companies tend to ignore is testing and experimenting, not least because innovation in Indian firms has often been top-down, rather than participatory or bottom-up. A key benefit of testing is that it facilitates acceptance.

An interesting example is from the early days of Indian cinema. To raise money for his film, Dadasaheb Phalke had to first convince his set of financiers, which included his friends and relatives. He made a short film, Birth of a Pea Plant, featuring a pea plant. It was shot in quick time at a low cost, and demonstrated the possibilities of a new medium.

Make it [testing] a part of the process, Krishnan says. It’s easy in a digital world. (For its new feature Google Instant, the company famously tested 41 shades of blue to see which attracted more clicks before deciding on the colour.) Every company can test by breaking the process into smaller cases.

One of the surprising findings of Krishnan’s research was the key role played by ‘champions’ who sped up a process. For instance, E Sreedharan’s role in the execution of the Konkan Railway project (even before he made a name for himself by implementing the Delhi Metro project) is well known, but it was George Fernandes, the then railway minister, who took care of the dealings with government agencies and politicians to ensure that the project went on smoothly. The idea was not his; he was not executing it. “What Fernandes was doing was ‘idea championing’,” they write.