How to tell if your colleagues or clients are deceiving you - digitally?

6 indications that lies are harming your business 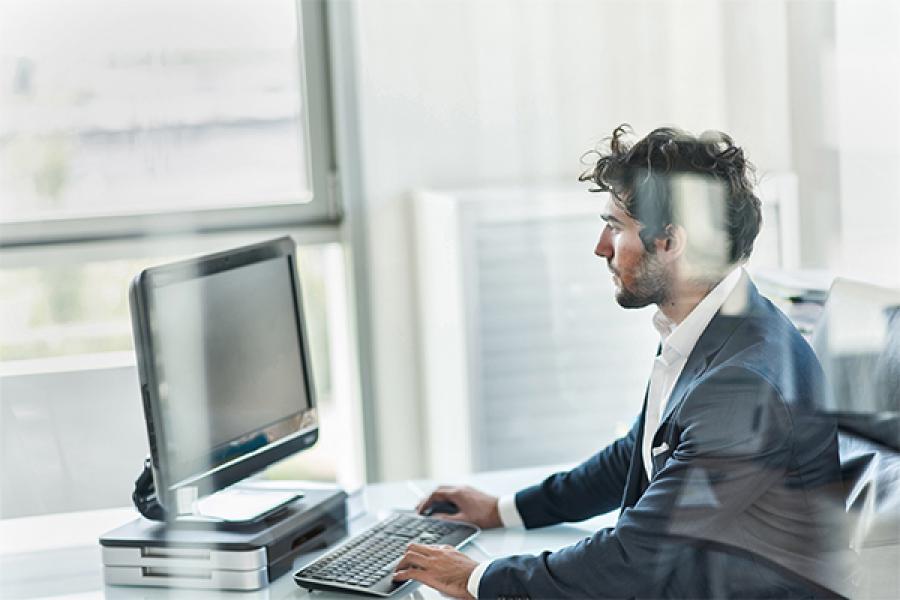 Image: Shutterstock
When lying about a chain of events or a timeline, a liar will put considerable effort into concocting a storyline

The average person is lied to an astounding 105 times per day. Many of these are innocuous lies — of the “I like your shirt” or “that airplane meal was good” variety. But as a business executive, some lies people tell you can lead to bad decisions, lost profits, or worse.

I research deception and how to detect it via the use of micro facial expressions, body language, and verbal cues. But many execs ask me how to tell if someone is lying or leaving out important details when they’re communicating with someone virtually, such as through phone calls, e-mails, or text messages. This is an important issue, as around half of business executives say they spend at least 40% of their time working virtually rather than face-to-face.

According to my own and others’ research (Paul Ekman’s book “Telling Lies” is a great read), here’s what to look for:

1.] The person you’re communicating with doesn’t answer questions directly
A colleague or client who refuses to answer questions directly can be trying not to reveal “the whole truth”. Lies of omission (that is, rather than telling a falsehood, the person doesn’t reveal important information) are much more common than lies of commission (where someone actually provides untruthful information). Why? Normally, these are easier to get away with, to justify that “I didn’t really lie”, and don't require concocting the convoluted stories that lies of commission require. One way to not spill the information that a person is trying to conceal is to indirectly answer questions.

2.] The person gives little detail where it matters
Like #1, when people tell lies by withholding important information, they will also answer in broad, non-descript ways in order to not reveal certain information to avoid being caught telling a falsehood.

3.] Or irrelevant details where it doesn’t
A liar’s goal is usually to get the other person to believe what they are saying. One way to do this is by providing excess detail in places that are irrelevant to the situation. Why? First, the liar will think that doing this diverts the other person’s attention from the question at hand. Second, who normally knows a lot of details about a situation? Someone who is telling the truth! – someone who was actually there, who is an expert on the topic, etc. Thus, a liar will provide excess details in irrelevant places in order to mimic the characteristics of a truth-teller.

4.] They follow strict chronological order when recounting events
When we are asked to recall a chain of events that we actually experienced, our memory will jump around in time, filling in details that only come back to us after we recall other parts of the story. In other words, the recall of events that we actually experienced is usually not neat and tidy. However, when lying about a chain of events or a timeline, a liar will put considerable effort into concocting a storyline and then rehearsing that story line in their head over and over until every last detail is well remembered.

5.] They avoid meeting in person – even if it is at your expense
If any of the cues above make you suspect you are the target of a lie, ask to meet with the person face-to-face, where you can take advantage of the many non-verbal cues that can indicate whether someone is being deceptive – facial expressions, movements of the hands and feet, signs of anxiety. For me, it’s always a red flag if after engaging in virtual forms of communication, the person refuses (or expresses considerable reluctance) to meet in person – particularly when I am willing to meet at my own expense. When due to distance or cost it is unrealistic to meet face-to-face, I suggest that you still raise the issue of meeting in person to see how the person reacts – with enthusiasm? With trepidation? If the person is reluctant, it might provide you with the answer you’re looking for.

6.] They pause a lot while answering questions
Whether telling a lie of omission or commission, a liar will not want to reveal the information that they are trying to conceal. Thus, when answering questions, particularly questions that could provide “incriminating evidence”, a liar will often use impregnated pauses, taking time to search for what to say or edit what they are about to say to be certain not to reveal crucial information - whereas a truth-teller will provide relaxed, spontaneous answers.

In sum, when communicating virtually you should look for indirect answers to questions, little detail where it matters, excess detail where it doesn’t, strict chronological order when recounting events, pauses when answering questions that should be spontaneous, and avoiding in-person meetings. And, it is always advisable to look for clusters of the behaviors stated above rather than single isolated signals. Lastly, your gut is an important tool. If something is telling you that this situation is not on the “up and up”, it might be time for you to walk away and look for an alternate opportunity.