Why family philanthropy will gain importance in resolving today's challenges

Despite a long tradition of family philanthropy, we can observe a growing desire — especially amongst the next generation — to leverage their wealth to engage in philanthropy and take on more responsibility in tackling some of the great challenges of our times 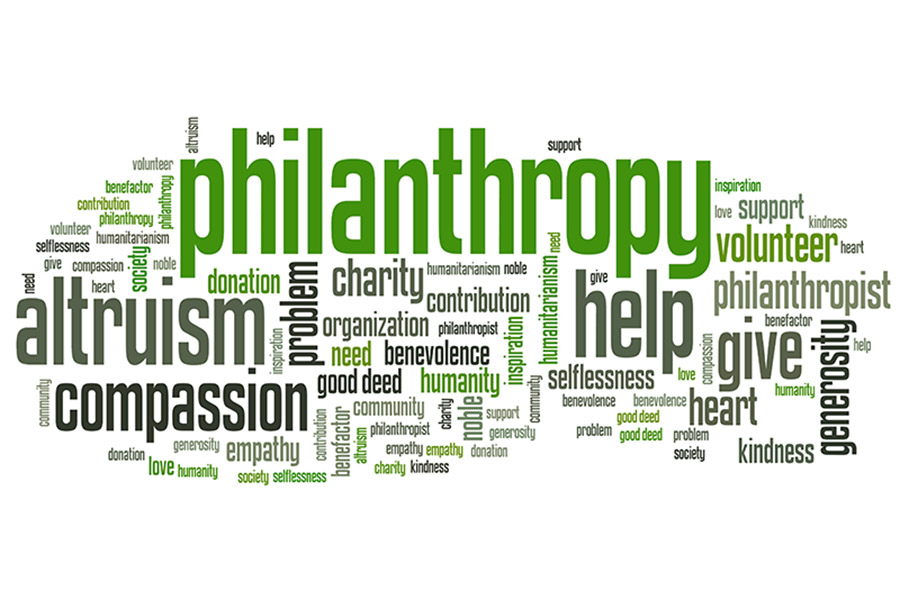 
Leaders around the world are confronted with major challenges, many of which seem too big to be resolved by one single stakeholder alone. The fourth industrial revolution is disrupting the way we live and work, forcing us to rethink our strategies and core beliefs. Will we be replaced by robots? Will we need to have a guaranteed minimum income and in turn a robot taxation? What is our mission in life if we no longer have meaningful jobs? How will we, as a society, continue to function? Further, the world is facing major challenges on a societal and environmental level, as summarized in the UN Sustainable Development Goals 2030. There is a rapidly growing gap between rich and poor, continued inequality and poverty in many places, a hitherto unresolved youth unemployment crisis around the world, as well as increasing demographic pressure due to a growing and ageing population. The economic growth and expansion of the past decades is catching up with us and threatening to irreversibly change our ocean-, air- and land systems, which are approaching critical tipping points. On August 2 2017 – Earth Overshoot Day –we used more from nature than our planet can renew in the whole year.

Never before have political and business leaders been so uncertain about the answers to these questions and challenges. However, these issues require immediate attention from public policy, businesses and broader society. The social contract between the different stakeholders is changing and is forcing leaders to rethink their position on these matters and their role in the economy and society. Yet, it is everything but trivial to resolve these challenges because there is no one-size-fits-all solution; Instead the interplay between stakeholders is required – including public policy, businesses, NGOs, affluent families and philanthropists, and the broader public.

In this mix of stakeholders, enterprising families have long played a central role in tackling societal and environmental challenges. While charitable giving has been around for a long time, philanthropy in the form we know it today is a comparatively new phenomenon. Two of the founding fathers of modern philanthropy, John D. Rockefeller and Andrew Carnegie, had large ambitions to improve the US public health and education systems. But also others, like Julius Rosenwald, Olivia Sage or Robert Brookings left their marks on society… and the list could go on.

However, there is also a new crop of self-made wealth holders who have decided to use their wealth to do good in the world. Consider recent entrepreneur billionaires and megadonors Soros, Gates, Buffett, Bloomberg, but also younger entrepreneurs like Mark Zuckerberg who have joined the ranks. Together with his wife Priscilla, he pledged to use 99% of his shares of Facebook to improve the state of the world. This new breed of philanthropists is distinctively different from previous generations. Not only have they eclipsed the old guard with respect to the sheer magnitude of money involved, but also approach giving in a fundamentally different way. They want to act while they are alive, get actively involved in their philanthropic activities, are willing to take more risk, place bigger bets, and want to ensure that their donations have a measurable and sustainable impact. With the shift of wealth to the next generation, we are likely to see an increasing importance of living donors.

We are at a unique moment in time when it comes to tackling today’s societal and environmental challenges. While it is true that there is a growing gap between rich and poor and that a smaller and smaller number of individuals control the vast majority of wealth (since 2015, the wealthiest 1% owns more wealth than the rest of the world, Credit Suisse, 2016), there is a growing breed of self-made wealth owners and inheritors who are cognizant of their disproportionate amount of wealth and who have committed to contribute a majority of their wealth to philanthropy (see the giving pledge for example).

That suggests that something big could come out of these confluences of forces — and even make the world a better place. However, it is imperative that we put in place adequate structures and support mechanisms to ensure that this collective energy is captured and leveraged for the greater good of society.

Peter Vogel is IMD Professor of Family Business and Entrepreneurship and holder of the Debiopharm Chair for Family Philanthropy.

Tweets by @forbesindia
Banking on the LIC lifeline
We should not get mixed up between protectionism and nationalism: KPMG India CEO