6 important lessons for ensuring success at the top 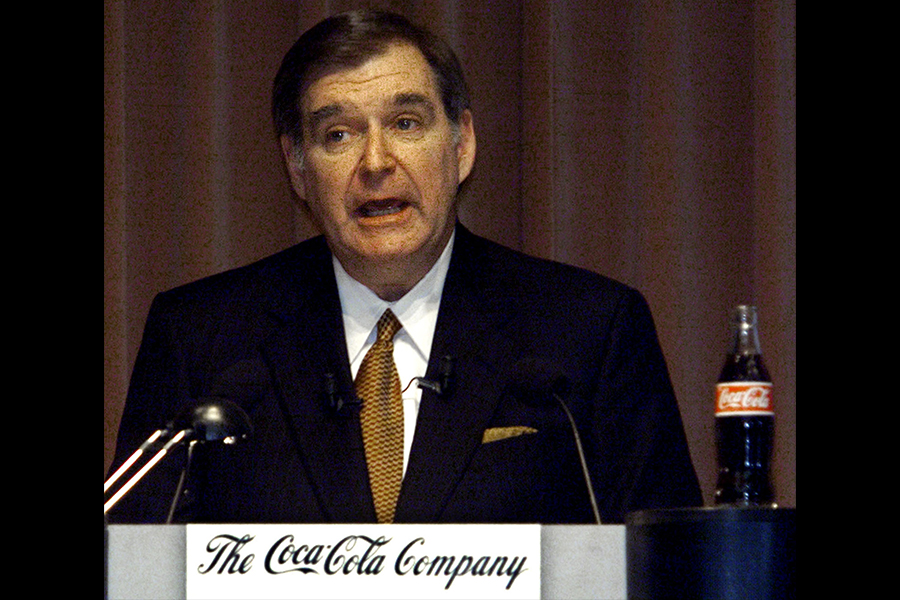 In his letter to the Board challenging his dismissal, Cyrus Mistry, the erstwhile Chairman of India’s Tata Group, wrote, “To ‘replace’ your Chairman … in a summary manner must be unique in the annals of corporate history.” If Douglas Ivester had been following the Tata saga from his plantation in Georgia, he must have smiled ruefully, noting, “Not unique, Cyrus. Been there, done that.” Ivester too had been elected chairman of a venerable brand name, Coca Cola (on October 24, 1997). Both had succeeded superstars – Roberto Goizueta and Ratan Tata – beloved internally and externally for their unlimited vision and optimism. Both took hard decisions which perplexed many, centralized power and dismissed – or instigated resignations of – well-regarded executives. Both left under explicit (Mistry) or inexplicit (Ivester) Board pressure; Ivester announced his departure after 25 months and left 5 months later, while Tata’s Board removed Mistry after 46 months. Subsequently, rumors circulated that the two Boards – each of which included a distinguished academic as well as top investors and CEOs – had felt ignored.

There are also big differences. Ivester became chairman after the sudden passing of Goizueta, while Ratan Tata remained a board member. Ivester had engineered for Goizueta many elements of his vision, while Mistry is the scion – and former Managing Director – of the Tata Group’s largest non-Tata shareholder. Tata’s financial woes are public, while in all probability, only Ivester fully knew Coke’s travails. Ivester’s preferred solution was an acquisition spree, while Mistry chose to dismember Ratan Tata’s acquisitions.

Nevertheless, the parallels overwhelm the differences. Regardless of the final outcome of the Tata saga, the stories hold six important lessons for CEOs and other senior executives who function within the sphere of influence of boards of director.

Lesson 1: The wand chooses the wizard, even if the wizard is given the wand. Readers of Harry Potter books know that wands chose the wizards who could command their allegiance – as opposed to using them perfunctorily. Coke’s organization didn’t seem to have transferred its allegiance to Ivester. Similarly, Mistry, an outsider (albeit a Tata Board member) became the commander, but the Tata organization seemingly remained loyal to Ratan Tata. In more prosaic language: As the boss, you always have authority; the real question is whether you have credibility. Without credibility, a manager can’t be a leader.

Lesson 2: When you abdicate, take up gardening. It is devilishly hard to step into the shoes of a beloved leader. That challenge is magnified sharply if the beloved leader remains to oversee the successor. Ratan Tata’s presence at Bombay House (the Tata headquarters) constantly reminded the organization of its real allegiance. It effectively assured Mistry would fail. (Ivester didn’t face this challenge when he became CEO. Creditably, when he left, he bought a plantation and retired from the business world.)

Lesson 3: Never want the job more than anything else. In the 1980s, sometime after joining Coke, Ivester set a personal goal to become its chairman by November 1, 1998. Enthralled by the idea of leading India’s leading brand, Mistry took the job despite knowing of a supposed concomitant change to Tata’s Articles of Association that would limit his powers. Aspiring CEOs are ambitious, and very confident of their abilities. When they want a challenging job this badly, they set themselves up to fail by ignoring warnings of diminished probability of success.

Lesson 4: Facts won’t save you if you must battle an exalted legacy – but people can. Ivester’s tackling Coke’s problems openly would have required his going against Goizueta’s legacy. He chose to work alone and failed. He could have taken Board member (and major shareholder) Warren Buffet for a “quiet walk in the woods,” but didn’t involve him, or others who could have best helped him. Mistry’s letter to the Board is baffling, for it almost seems that an article about his hiring, published in The Economist (“From pupil to master,” December 1, 2012), served as his template. That article also discussed why he wouldn’t be able to address Tata’s problems like a hard charging Western CEO. Mistry might have been able to reshape Ratan Tata’s legacy, but only with the good will of his Board. Seemingly, like Ivester, he avoided involving them. In the 21st century, “Father knows best” behaviors are best consigned to the dustbins of history.

Lesson 5: Two, four, toast – and burnt toast, at that. Ivester lasted just over two years; Mistry just under four. Their removals at these points shouldn’t surprise anyone. If a 21st century CEO hasn’t begun having an impact in two years and/or hasn’t had an impact in four, he/she is likely to be fired. Major initiatives Ivester undertook mostly failed, while Mistry seemingly didn’t make adequate progress on his inherited problems. His arguments about the reasons why are specious. First, every roadblock he cited is present in almost every major instance of change management. So, he failed at a basic, well understood, test of leadership. Second, chief executives of most democracies face re-election every 4 or 5 years. Voters turn them out if they haven’t achieved much in that allotted time. Moreover, despite his – and others’ – expectations that he would be chairman for a long time, average CEO tenures are dropping and reached about 8 years in 2012. Tata’s Board could have reasonably used either scale to ask,  “And so, what exactly have you achieved – without consulting us?”

Lesson 6: Boards tolerate ineffective leaders who are good managers – until they fail. Our ideas of good leaders are changing. Arguably, those who got to CEO positions up to 25 years ago, wouldn’t do so today. CEOs who are not respected by their people last only as long as they deliver great results. The day they fail, they start existing on borrowed time. Just ask Steve Ballmer, or Ken Lewis, or Richard Wagoner, or Douglas Ivester. The fact that no senior or mid-tier executive at Tata has spoken out in Mistry’s favor to any of the news media speaks volumes about the support he had in the organization.

These six lessons are critically important at the Board/CEO level. That said, appropriately modified, they apply at all levels in an organization. Aspiring CEOs should learn and apply them all the way up the hierarchy.

Amit Mukherjee is Professor of Leadership and Strategy at IMD business school in Singapore. Views expressed are his own.