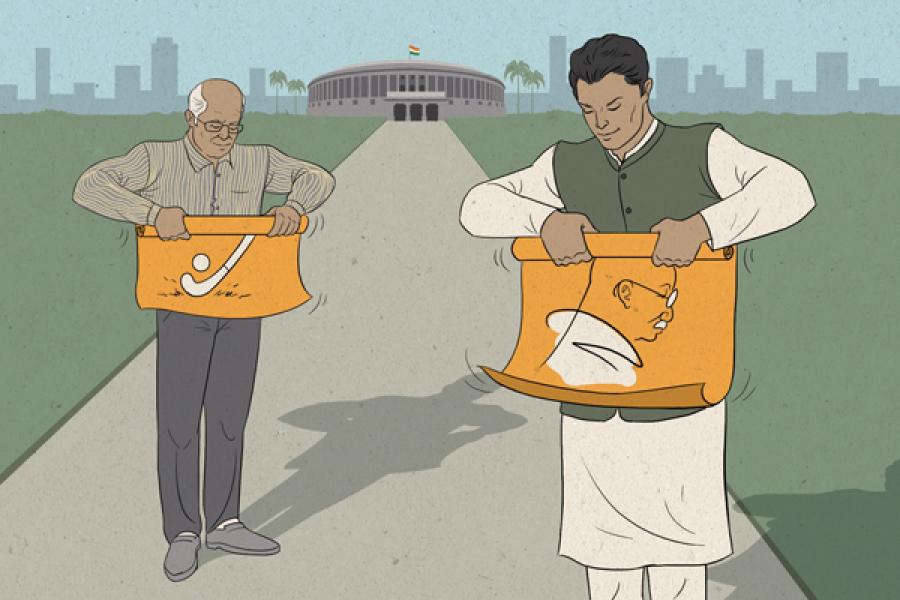 Mahatma Gandhi
That man who can be credited with shaping an ideology in post-independent India cannot be dubbed the Father of the Nation. Well, not officially. The home ministry replied to an RTI query, clarifying that Mahatma Gandhi was never accorded the title, and it is unlikely he will be given one in future as the Constitution does not permit titles other than educational and military ones.

Hockey
It almost seemed a foregone conclusion that the game that gave India one of its richest gold medal hauls, including six consecutive ones (1928-1956) in the Olympics would be its national sport. Turns out it isn’t. In response to an RTI query, the sports ministry clarified that the government hasn’t declared hockey, or any other sport, as India’s national sport. That’s a shocker for a country that swears by its sporting icons.

Hindi
It may be India’s first official language (the country has 20-odd) but it is definitely not the national one. The Gujarat High Court made the distinction clear in an observation, where it said that though a majority of Indians accepted Hindi as the national language, no such orders were ever issued by the government.

Tweets by @forbesindia
Economic Milestone: Beginning of the Downturn (2010)
Will the advance towards gender equality halt or be reversed?