Age seems no barrier to a salesman on wheels 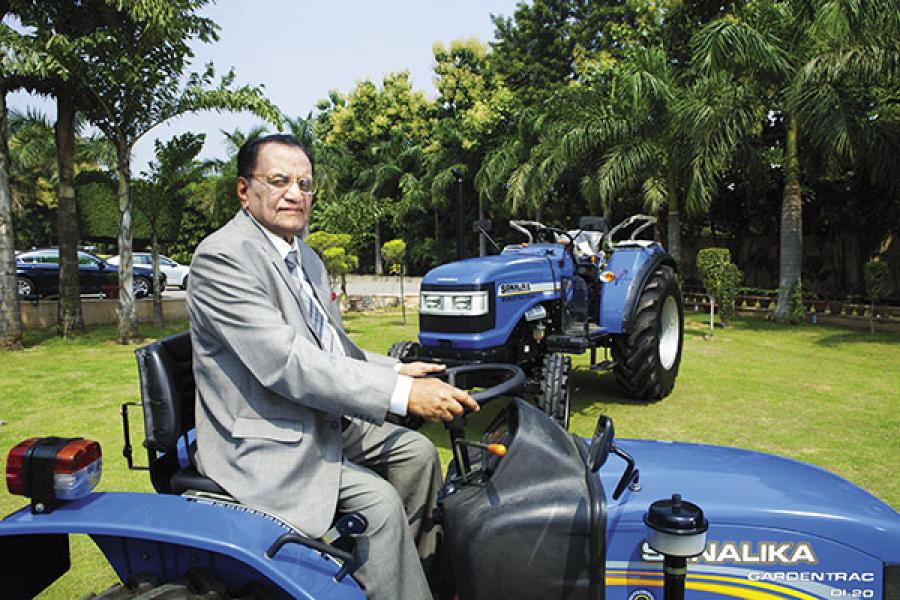 Image: Sumit Dayal for Forbes
I and my boys know every inch of a tractor, says Lachhman Das Mittal

Lachhman Das Mittal started a tractor company when he was 65. In the ensuing two decades, he—along with two of his sons—built International Tractors Ltd (ITL) into India’s third-largest such producer, with $660 million in revenues. At 84, he’s a little hard of hearing but still on the plough. “We want to triple revenues, triple profits and triple our production by 2020,” says Mittal, who works out of a nondescript building in east Delhi.

The tractor tycoon, with a net worth of $1.95 billion (No 52), based primarily on his 70 percent ownership in privately held ITL, is putting out 77,000 vehicles, many to be sold in the northern states of Punjab and Haryana. The company is India’s leader in the most powerful machines above 50 hp, which also are the most profitable.

“ITL has a great product, which is almost maintenance-free, very good manufacturing capabilities and excellent cost structure with good margins and one of the highest returns on capital,” says Cyriac Mathew, the India co-head for private equity giant Blackstone, which has a nearly 18 percent stake in the company. “It has strong pockets of leadership in north India and it’s driven by a focussed family that lives and breathes tractors.”

Mittal comes to work every day, and his is a family that knows work. “We are not just sitting in some air-conditioned room and running the business,” says the patriarch. “I and my boys know every inch of a tractor.”

The ‘boys’ are his two sons—Amrit Sagar, 62, the eldest, who is vice chairman, and Deepak, 55, the third son and managing director. (The second son is a doctor in New York.) Between them, grandsons Sushant and Raman handle marketing, product design, investor relations and international business; grandson Rahul oversees the family’s real estate business.

The Mittal clan is gearing up for the push dubbed Mission 2020. Production capacity has been doubled to 200,000 at a plant in Punjab at a cost of $80 million. It has an assembly line that can churn out 500 engines per day and features robotic painting and fully automated test rigs.

It all started in 1990 when Mittal retired from India’s largest insurer—the state-owned Life Insurance Corporation of India—as a deputy zone manager. (His daughter, Usha Sangawan, today is LIC’s first woman managing director.) In his retirement, he was writing and reading poetry in classical Urdu (he has a Master’s in Urdu and was top of the class at Punjab University). He was also handling the family business—Sonalika Implements, set up by his father in 1969—which built seed drills and wheat threshers. Farmers and dealers wanted a tractor from the house of Sonalika.

After years of testing and retooling, technology assistance from the government and feedback from farms, Mittal finally set up ITL and launched its Sonalika line of tractors, named after a popular line of wheat seeds that fuelled the Green Revolution in India, leading to greater production. Sonalika, which means ‘lines of gold’ in Hindi, has been that for the Mittal family. 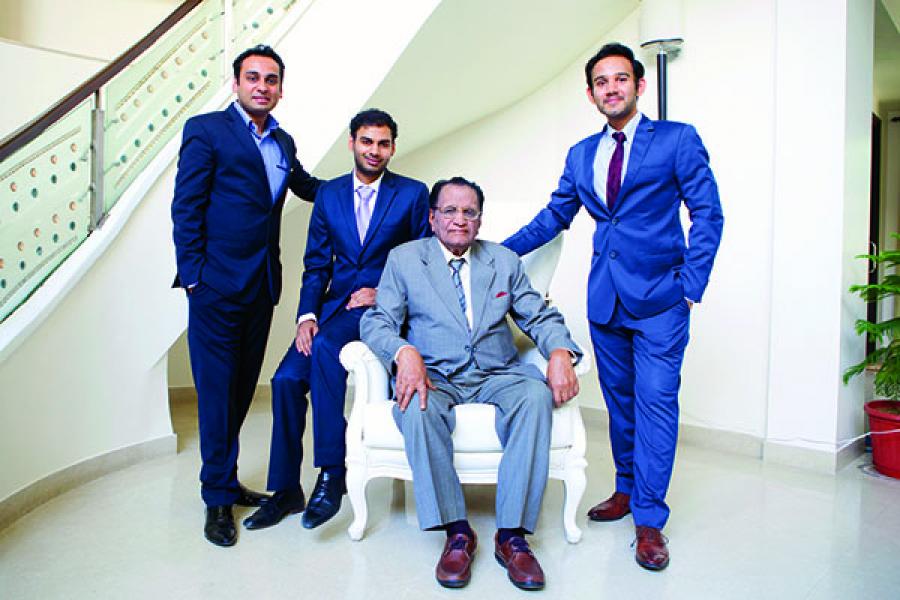 LD Mittal with grandsons (from left) Raman, Rahul and Sushant

Amrit Sagar, who will succeed his father, credits knowing the farmers. “We understand their requirements really well,” he says. “We provide tractors with lower fuel consumption, more maneuverability and fewer emissions.”

A good 86 percent of ITL’s sales are in India, though it has partners abroad. It had an early start with foreign joint ventures, introducing the Solis line of tractors in 2002 with French know-how. Currently Japanese agri-equipment maker Yanmar has a 13 percent stake in ITL.

But it was the Blackstone 12.5 percent interest taken in 2012 that put a spotlight on Mittal & Co. That followed a two-year courtship. “They were somewhat reluctant sellers,” recalls Blackstone’s Mathew. “The company hadn’t availed debt financing for long periods of time and had significant net cash balances despite regular and substantial dividends.”

Blackstone wanted to take a 20 percent stake, but ITL wouldn’t accommodate that. As Mittal saw it, he had a lot to offer: Twenty-two percent Ebitda margins in an industry that normally enjoys about 15 percent, a zero-debt company and low operating costs. “We also didn’t need the money,” he points out. “We knew the future of the company. It’ll multiply. Why should we give that share to somebody else?”

Finally Blackstone convinced him the association would give the regional tractor company more exposure to foreign markets and global technology. Mittal, in turn, persuaded his sons.

ITL’s Indian market share is climbing, and Mittal wants to secure a fifth of that within three years. It’s also looking to add 1,000 more employees—to the current 4,000—in that period.

Mittal’s optimism is at odds with current domestic demand. Tractor sales volume fell by 13 percent in the past year, marking the worst decline in a decade. “It was a combination of below-normal monsoon for the year and lower selling prices for crops for farmers,” says Nishit Zota, lead auto analyst at Mumbai’s ICICI Securities. “Demand will be muted for the coming year as well.” He figures under-three percent growth.

ITL, however, has kept growing—if only at 9 percent in rupee terms in the past year. It expects to grow 15 percent this year. “Monsoon is important, but we are not so dependent on it,” says Mittal. “We also have other sectors, like construction. And do you know that a tractor is the cheapest form of transportation in certain parts of India?”

If ITL can quadruple annual exports to 50,000—another goal of Mission 2020—that will be a material boost. It’s setting up assembly plants in Brazil and Turkey to add to three such smaller operations abroad.

Back home, the competition is formidable. Mumbai’s Mahindra & Mahindra is the market leader with a more than 40 percent share. It is a pan-India player, while Chennai’s TAFE is No 2 and the largest exporter. A unit of the storied Amalgamations Group, TAFE has a tie-up with US agriculture major AGCO and produces the Massey Ferguson line of tractors in addition to the TAFE and Eicher brands.

While it may be hard to topple the leaders, ITL’s move up India’s ranks in the last five years has edged it past New Delhi’s Escorts and the US’s John Deere. Mittal is one confident salesman. “I can convince anybody to purchase my tractors,” he declares.

(This story appears in the 30 October, 2015 issue of Forbes India. To visit our Archives, click here.)

Tweets by @forbesindia
Achal Bakeri: The billionaire who never lost his cool
DLF: The ailing giant