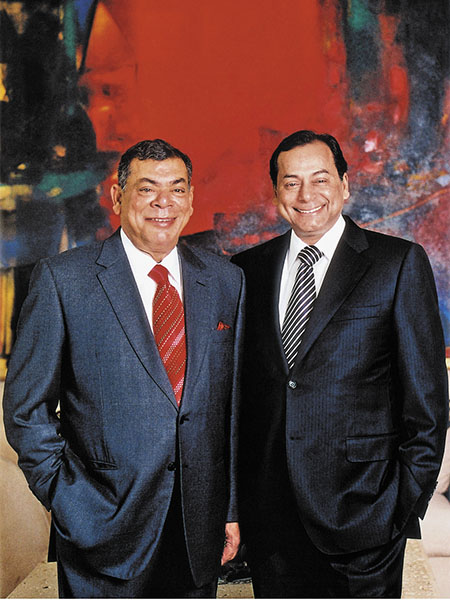 The Ruias are ruing new rules

In June, India’s central bank released a list of 12 companies that account for a fourth of all bad loans at Indian banks and face being liquidated under the new Insolvency & Bankruptcy Code. Prominent among them is Essar Steel, controlled by the Ruia brothers, with a debt pile of nearly $7 billion, more than $5 billion of which is labelled non-performing.

Essar Steel, a unit of the brothers’ Essar Group, took the Reserve Bank of India to court, calling its move to refer it for bankruptcy proceedings as “discriminatory and arbitrary”. Essar argued that the Reserve Bank had given 488 other companies an additional six months to arrive at a resolution with their bankers. It had also overlooked the company’s improved financial position as of March 2017, Essar said. But the court dismissed the plea.

The case is now before the National Company Law Tribunal. A court-appointed executive has assumed oversight, and Essar Steel’s board has been suspended. A newly formed creditors committee has nine months to devise a plan to pay off lenders, failing which Essar Steel will be liquidated.

In August, the Ruia brothers concluded a long-delayed $12.9 billion deal to sell the group’s oil assets to Russia’s Rosneft. The bulk of the proceeds will pay down part of Essar Group debt. The siblings (No 41), who at their peak in 2010 were among the top five, with a net worth of $15 billion, have seen their wealth erode to $3.4 billion.

Several high-flying billionaires, undone by their appetites for debt, have disappeared from the ranks altogether. One notable figure is liquor and airline baron Vijay Mallya, who fled the country in 2016 after his Kingfisher Airlines reneged on loans of more than $1 billion.

Another big defaulter in the central bank’s list is Bhushan Steel, which produces steel sheets for the auto industry and owes banks $6.9 billion. The company’s chairman, Brij Bhushan Singal, dropped off in 2014. Singal’s estranged older son, Sanjay Singal, who runs his own steel business and is weighed down by debt of $5.7 billion, lost his spot in 2015.

Other highly leveraged drop-offs are hydropower pioneer Jaiprakash Gaur, founder of the Jaypee Group, and L Madhusudhan Rao of Lanco Infratech, who last featured among the richest in 2011 and 2012. “Many companies overinvested in the exuberant period preceding the global financial crisis,” says Rakesh Arora, managing partner of Go India Advisors, a Mumbai strategic advisory firm. “Banks were guilty of giving them loans even when their equity base was too low.”

The court’s tough stance in the Essar case should curb both borrowers and lenders from going overboard. Education firm Educomp, founded by former lister Shantanu Prakash, who was worth $920 million in 2009, voluntarily applied to restructure its $320 million debt under the new law.

Tweets by @forbesindia
Why some men feel the need to win at all costs
Pairing up menswear's two strongest colours : Black and white