A billion dollars do not guarantee a spot on the list, making such success stories even more commendable 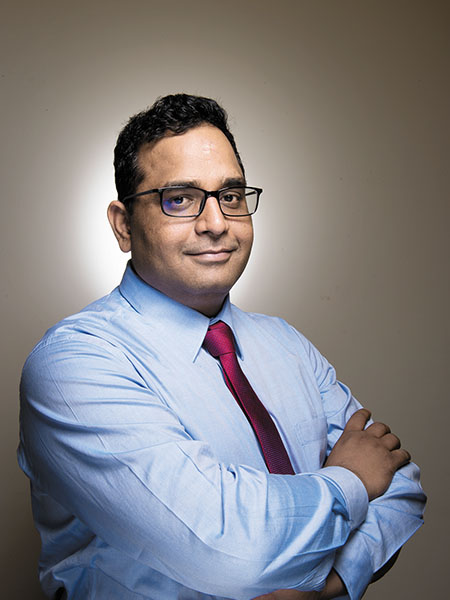 Vijay Shekhar Sharma
Image: Amit Verma
While the number of India’s dollar billionaires continues to rise, the climb to the top has become more gruelling. More than 30 people with an estimated wealth of over $1 billion found themselves off the 2018 Forbes India Rich List. 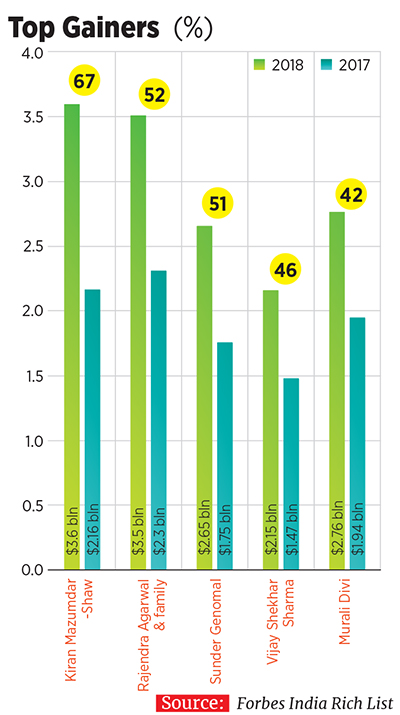 Biocon’s Kiran Mazumdar-Shaw was the biggest percentage-wise gainer in 2018. Another top gainer was Rajendra Agarwal and family, promoters of privately-held family-run Macleods Pharmaceuticals. Their wealth jumped by 52 percent to $3.5 billion in 2018.

India’s rampant growth in fintech and mobile payments is reflected in the rise of one of its youngest dollar billionaires, Paytm’s Vijay Shekhar Sharma. He has a net worth of $2.15 billion in 2018—a 46 percent jump over the previous year.

Among the gainers is Sun Pharma’s managing director and founder, Dilip Shanghvi, now India’s eighth richest, with a net worth of $12.6 billion. His wealth rose by 142 percent from $5.2 billion in 2010. Sun Pharma faced rough weather in recent years, but Shanghvi expects its India business to “stabilise” in the current fiscal.

Tweets by @forbesindia
Fall in global crude prices not reflected in India
Justice delayed! Are courts involved in an infinite game?