Reddy's Megha Engineering & Infrastructures Ltd (MEIL) is building India's largest lift irrigation project by value, in Telangana. It has driven the Reddy family's net worth up 6% to $3.3 billion, bringing him up to No. 39 from No. 47 on the Forbes India Rich list 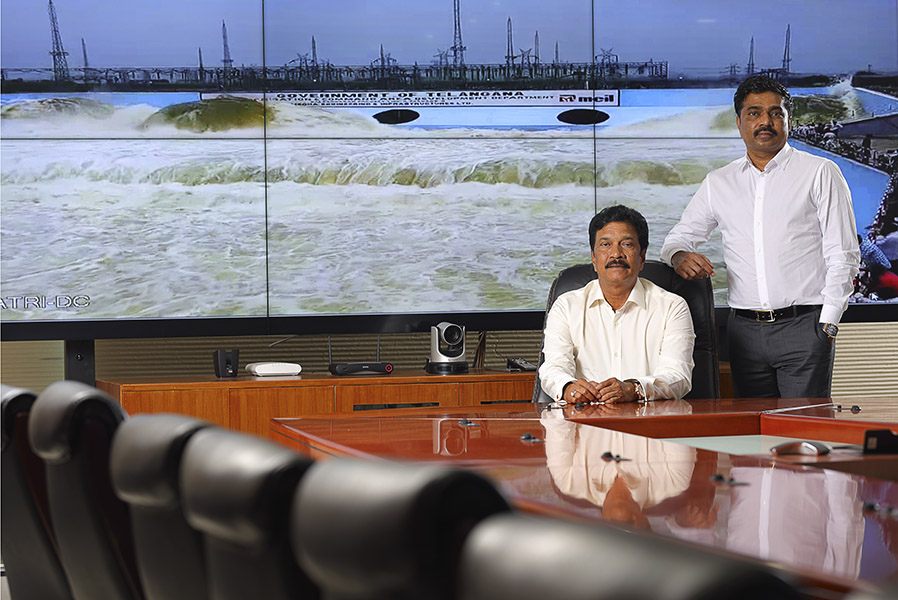 Slated for completion by 2024, the project is a showcase for the Telangana government. It has also helped boost MEIL’s net profit to 31 billion rupees ($455 million) for the year ended March 31, on revenue up 23% to 235 billion rupees—and driven Reddy and his family’s net worth up 6% to $3.3 billion, moving him up to No. 39 from No. 47 on the list.

Reddy, the fifth of six children of a farmer in the southern state of Andhra Pradesh, started MEIL in 1987. While working at a small pipe manufacturing company, one of his clients encouraged him to venture out on his own. With 100,000 rupees from his family, MEIL was born, and in 1991 his nephew P.V. Krishna Reddy joined him after graduating with a degree in commerce. Krishna now runs the company as managing director, while Reddy is chairman.

“When I started, I wasn’t expecting this kind of company,” says Reddy, 62. MEIL started out as a small contractor building modest irrigation and drinking-water projects. It took a decade to build annual revenues up to 200 million rupees, Krishna says.

By 2010, though, MEIL was winning projects across the country and abroad. Today it’s active in Jordan, Kuwait, Tanzania and Zambia. MEIL recently bought Italian offshore oil rig maker Trevi Finanziaria Industriale to help it break into the European market. MEIL is one of India’s best-managed engineering, procurement and construction companies and it is practically debt-free, according to India Ratings and Research director Ashoo Mishra.

Back home, the Kaleshwaram project promises to irrigate about 728,000 hectares of farmland in Telangana, but there are some critics. “This project as it’s presented, with such huge costs, will be a great burden on Telangana state and its people,” says water management expert Biksham Gujja, who hasworked with the WWF International. “The operating and maintenance costs, which the government will spend year after year, is going to far exceed the project’s benefits, if any, to farmers.” Krishna disagrees, saying the project is the only feasible way to get water to Telangana, located 536 meters above sea level. “It’s the government’s call,” Krishna says. “We are business people.”