Sanjeev Kapoor and a million-dollar smile

The celebrity chef and entrepreneur talks about his unplanned entry into the F&B business, and what's kept him inspired for the past 35 years 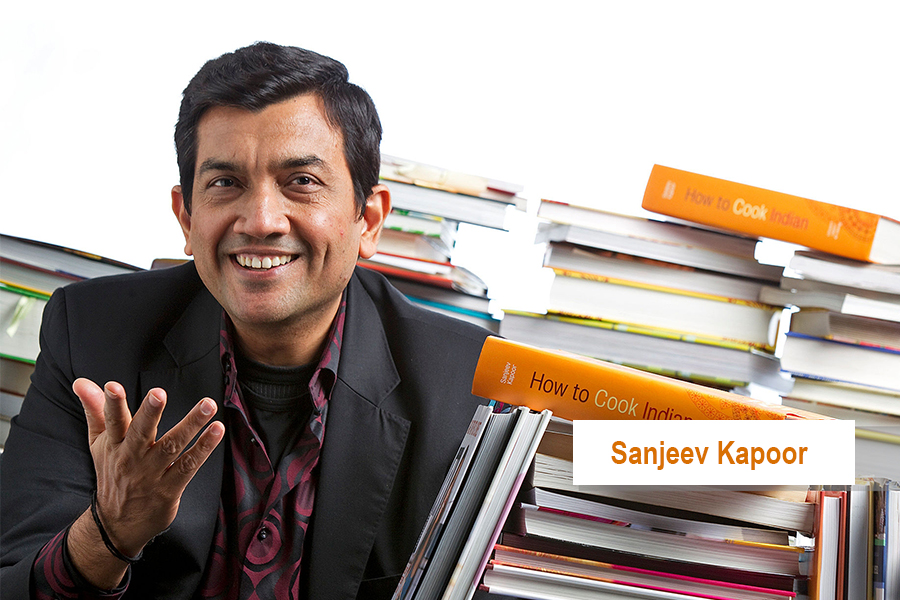 When Sanjeev Kapoor applied for a hotel management course, he didn’t know he was at the threshold of a life-changing decision. “I was actually preparing to be an architect,” says the music enthusiast who plays drums to unwind after a long day. Kapoor started his culinary journey with ITDC Group and went on to work in various positions at properties in India and abroad. Born in Ambala to Urmil and the late Surinder Kapoor, Kapoor’s fondest childhood memories revolve around food. “My father, Surinder Kapoor, proved to me that men can cook too,” he says, adding that he has learned a lot of what he knows from watching my father in the kitchen. When it comes to the food business, thinking ahead comes naturally to Kapoor, who understands what people want. He believes that along with that, being at the right place at the right time and taking calculated risks has helped him stay ahead of the game. “I am a big fan of gadgets and technology, and the digital front has always excited me,” he says. “My website, sanjeevkapoor.com was one of the first websites when the dotcom boom hit India.” Kapoor has always taken the path less travelled. “I’ve always been a calculated risk taker,” he says, “whether it was to host what went on to become the longest running cookery show on Indian television or to become an entrepreneur.” The first chef in the world to own a 24/7 TV channel (FoodFood) dedicated to food and lifestyle, he believes that entrepreneurship is all about thinking out of the box, taking the right kind of risks and trusting your instincts. While Kapoor took a leap of faith at every juncture, he also faced his set of challenges. However, he saw them as an opportunity and overcame them through hard work and optimism. Disclaimer: The pages slugged ‘Brand Connect’ are equivalent to advertisements and are not written and produced by Forbes India journalists.

Tweets by @forbes_india
Why technology is key to business strategy
Wake up, Preeti is calling