Academic institutes provide fledgling startups with the money, knowhow and guidance they need to become world-ready 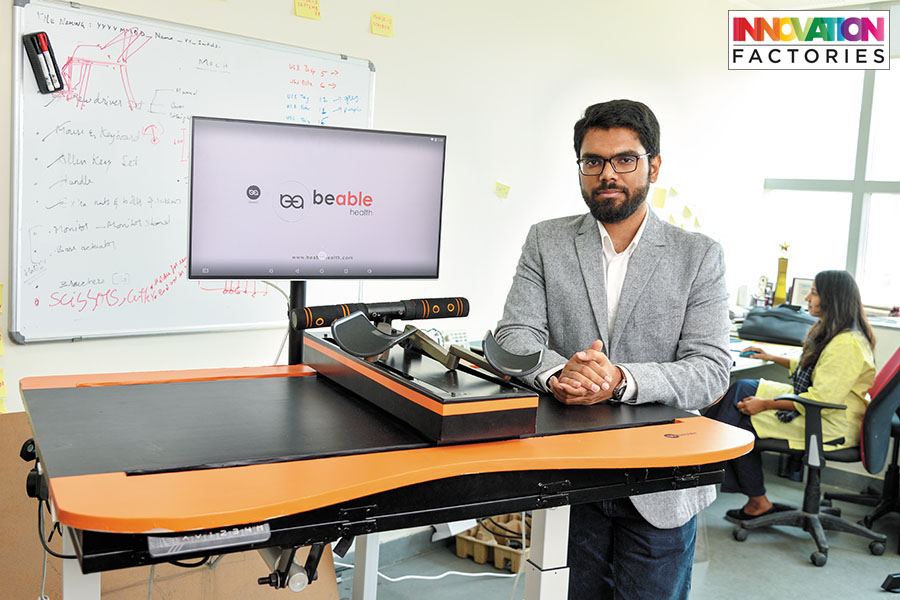 A lot of eyes widened when Stanford University sold its stake in Google for $336 million in 2005. In 1996, Larry Page and Sergey Brin had begun a research project as PhD students at the university. Started as google.stanford.edu (now google.com), the search engine giant had, in its initial days, used the domain expertise of the university’s professors and the much-needed cash to survive.

This essentially is the idea of academic incubation, where the incubation cell of an academic institute provides the space for an idea to breathe, along with the required resources, training and infrastructure in exchange for a small stake in the company, or other conditions.

Various academic institutions identify startups at an early stage, before they have even received seed funding. They provide resources such as initial funding (usually between ₹5 lakh and 20 lakh), infrastructure, training and technical knowhow, in exchange for equity or at a marginal cost. Ventures looking for this initial support apply to these institutions, and are selected through an extensive process, which includes vetting from entrepreneurs and alumni members.

“Startups are seen as ‘cool’ by the younger generation. Even middle-aged mid-career professionals are giving up their cushy jobs and jumping onto this bandwagon so that they don’t miss the excitement and opportunity to make it big as well as make a difference to society,” says B Ravi, institute chair professor and founder, Biomedical Engineering and Technology Incubation Centre, IIT-Bombay.

Apart from the practical and financial assistance, it is also beneficial for startups to get the support and backing of a large institution for branding and visibility. The institutes also provide a network of alumni members, mentors and future funding organisations.

IIT-Hyderabad’s Centre for Healthcare Entrepreneurship (CFHE) takes a slightly different approach to incubation, in that it offers a programme that generates the ideas themselves, instead of expecting applicants to come up with them. It offers a one-year fellowship programme that trains people incorporate ideas that address health care problems. CFHE fellows spend six months in hospitals interacting with doctors, patients, ward boys and nurses, and identifies problems that need to be addressed. The fellows come up with ideas that are pitched to a jury, which selects one for incubation.

Habib Ali, founder and CEO of BeAble Health, joined CFHE’s fellowship programme in 2016. “As a biomedical engineer, I would always look at the problem and say, ‘We could use this technology for that,’ ” says Ali, who received funding from CFHE. “Biodesign process talks about understanding the problem, identifying the need and then coming up with an idea.” In March 2019, Ali launched Armable, a device that provides neuro-rehabilitation for arms of stroke victims or those who have conditions such as cerebral palsy, multiple sclerosis or injuries.

“DocsApp was the first company to graduate from IIT-Madras,” says Satish Kannan, CEO and co-founder of DocsApp, which was incubated by the IIT-Madras Incubation Cell, and received ₹5 lakh in funding, in exchange for equity, from the cell. The startup received its second round of funding of $200,000 in 2014 from Anand Rajaraman and Venky Harinarayan, both IIT-Madras alumni.

Similarly, BleeTech Innovations applied to IIT-Bombay’s Society for Innovation and Entrepreneurship programme in 2016 with its idea of wearable devices for the hearing impaired, and received ₹10 lakh in exchange for a 2 percent stake. Co-founder Janhavi Joshi says, “After IIT-Bombay on-boarded us, we had a bootcamp.” Held in Bengaluru, the bootcamp covered aspects on technology, manufacturing, marketing, market strategy and funding. “Throughout the programme we had workshops by experts on topics like UX/UI, how to pitch, how to get funding, etc.”

Academic incubation, however, comes with its set of challenges. Even with expertise in the field, faculty is often inexperienced in business, and might make it difficult for incubatees to analyse their product from a business perspective. Institutes also do not provide facilities for manufacturing. Incubation cells help startups with preliminary growth for a fixed period of time, or until external funding has been secured or revenue generated.

Although Silicon Valley has the highest number of successful startups, many startups also fail.  “However, failures are no longer looked upon as an end, but a learning experience that is very useful for the next step. This is perhaps the most important change in mindset that augers well for the nation,” says Ravi. With the rise of startups in India, it is better for young co-founders to get a screening done through incubation. “The biggest change is in the perception of academics that it is no longer sufficient to carry out research projects and publish the papers, but go further by filing for patents, translating the research into products and mentoring startups,” says Ravi.

Tweets by @forbesindia
Astarc Ventures: Founder's keepers
A portrait of the White House and its culture of chaos