The company's tank-based milk refrigeration system is an alternative to diesel options, bringing cooling costs down from 50 paisa per litre to just 18 paisa 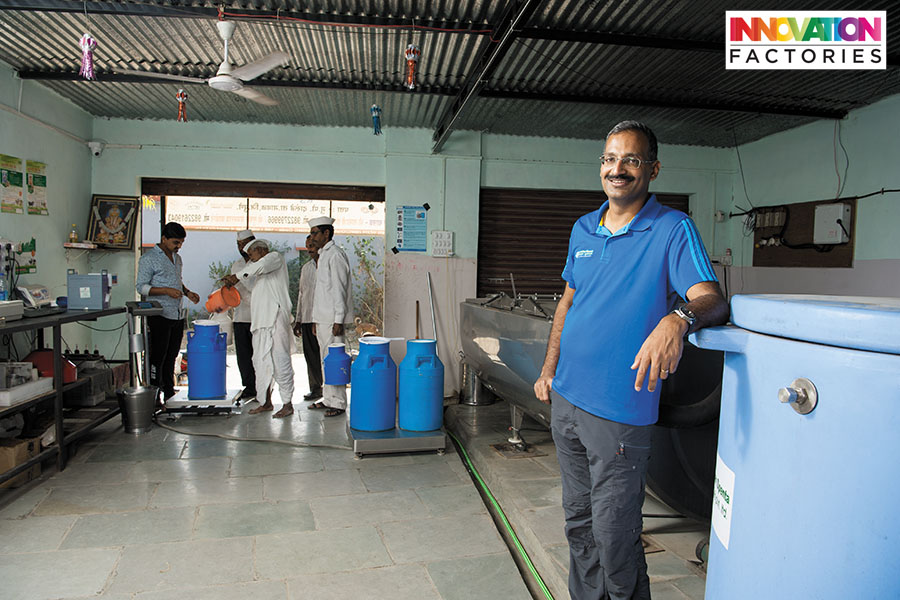 Dairies don’t go to remote locations because the cost of setting up a milk chiller is high while farmers have no way of getting their milk to the bigger dairies. They end up going to the local market to sell it, in which case the chance of spoilage is high, or they sell it to a middleman who will take a cut.

It was as an attempt to solve this problem for dairy farmers that Sam White and Sorin Grama set up Promethean Power Systems in 2010, while working on a project for Massachusetts Institute of Technology, Boston, in India.

“When they started, Sorin and Sam wanted to work in the space of solar energy, but soon they realised it was expensive. During their research they met someone from the Karnataka Milk Federation who told them about the problem of milk spoilage. That’s when they got the idea of setting up a milk chilling facility in villages,” says Jofi Joseph, vice president, sales and operations, at Promethean. The founders, who continue to be shareholders of the company, are based in the US.

Traditionally, milk chilling in villages is done using diesel generators while Promethean’s tank-based solution is attached to a thermal battery that can chill milk in about 2 hours and 15 minutes. The battery also continues to operate even if there is no electricity once it has been charged for four hours. “Due to the high cost and hassles of running milk chillers in remote areas, dairies were not interested in going to villages. So, we came up with the idea of using thermal batteries,” adds Joseph. Promethean’s chilling cost is 18 paisa per litre, whereas the one run with diesel costs 50 paisa per litre.

Promethean’s clients include Amul, Hutsun, Mother Dairy, Parag, Nestle and Heritage. The company also signs long-term contracts with clients to lease machines on a per litre basis for those who don’t wish to buy its technology. “When farmers come to deposit milk, they are given a slip mentioning the amount of milk and the dairy pays the farmer ₹25 per litre through direct bank transfer,” says Joseph who has put sensors in all systems that ensure there is no adulteration as well as send out alerts in case there is no electricity or there is a temperature fluctuation.

The company clocked a turnover of $3 million this financial year and installed 330 units all over India. They also export their units to Tanzania, Bangladesh and Sri Lanka. They hope to increase the number to 500 units by next year. It intends to become an end-to-end cold chain solution provider. This year it installed 20 cold-storage rooms for farm or dairy produce.