Sometimes business goals and community ideals just don't fit. How far should you go to be sustainable and meet your company's corporate social responsibilities?

Gold mining, with harsh chemicals, copious waste and a history of destroying ecosystems, is arguably one of the world’s dirtiest industries. But the Barrick Gold Corporation - launched in 1983 as a socially-aware alternative to the apartheid-backed South Africa gold miners - sought to prove there were better ways to mine the precious metal.

With the publicly stated aim to “become the world’s best gold mining company” by operating in a “safe, profitable and responsible manner”, company founder and chairman, the charismatic Peter Munk believed Barrick’s success would rely on it getting a social license to operate. 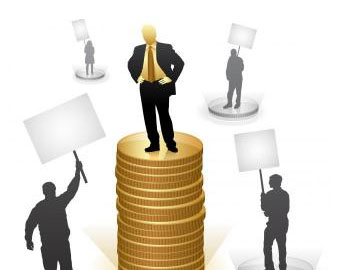 Image: courtesy INSEAD
It was a precept which helped build the Canadian miner into the world’s biggest gold producer, but ultimately forced the shut-down of its most ambitious project yet – the $8.5 billion Pascua Lama development.

Challenging environments
During its early expansion Barrack Gold operated in some arduous environments where corruption, violence and poverty were endemic.  But the Pascua Lama project posed unprecedented challenges.

Situated 5000m above sea level on the towering Andes mountain range straddling the Chile-Argentine border, the company faced problems with altitude sickness and determined opposition: from local stakeholders worried about the depletion and contamination of their water supply, and international environmentalists concerned by the potential damage to ancient glaciers.

Despite their initial welcome by the Chilean and Argentine governments and $5 billion spent on the project’s construction and programmes to address environmental concerns and community demands, strong and organised opposition to the project snowballed.  On top of this the development was plagued by permitting issues and cost over-runs. When the price of gold plummeted in 2012, bringing the project’s feasibility into question, Munk, found himself at the centre of “a perfect storm”.

As the tempest swirled around them, Munk and Barrick’s managers vowed to stick to the company’s philosophy that doing the ‘right thing’ is good business.

Just how much societal acceptance is needed to attain this consensus, and what constitutes the ‘right thing’ were considered in my study Barrick Gold Corporation: A Perfect Storm in Pascua Lama, written with case writer Erin McCormick.

Barrick had always had a policy of giving back to the communities where it operated. Across the Americas, Africa, Australia and PNG it invested in hospitals, medicine, water projects and education. It set up a Corporate Responsibility Advisory Board, organised human rights compliance programmes and was consistently ranked by NASDAQ, Dow Jones and the Corporate Knights Global 100 as one of North America’s, and the world’s, best companies in terms of sustainability and corporate responsibility.

Gaining community acceptance
The communities in the valleys below the Pascua Lama ore body have some of Chile’s and Argentina’s highest poverty and unemployment rates and rely on runoff from snowfall in the Andes for almost all their water supply.

As part of the company’s commitment to the region Barrick conducted information campaigns and poured resources into assisting Chile’s Huasco population.  It held nearly 1,000 community meetings and dozens of open houses to respond to local concerns and met more than 400 conditions set out by the Chilean region’s environmental commission. The company spearheaded health and education projects, built houses for victims of Chile’s devastating 2010 earthquake and formed a partnership with the Chilean government to create a fund to bring $60 million in water improvements over the life of the mine.

Perhaps Barrick’s biggest mistake was in believing that by getting the backing of the government it was getting the support of the local communities. It could not have been more wrong.

While one residents’ association representing 6,600 Huascan families wrote to the government supporting the mine’s development, other community groups continued to protest against the large amount of rock crushing and chemicals to be used. Some complained of being completely disenfranchised and a group of the indigenous Diaguita people accused government leaders and company officials of ignoring local concerns in their haste to get the money flowing from the gold mine. Opponents to the water fund labelled it ‘hush money’ used to appease some of the project’s most vehement adversaries.

An email petition purporting to be written by valley farmers circled the globe claiming the project would destroy glaciers and contaminate rivers while “every last gramme of gold would go abroad”. Barrick was accused of buying off community members with costly social benefits and using its influence to get supporters elected in local mayoral contests.

Even Daviken Studnicki-Gizbert, a professor of history at McGill University and coordinator of the McGill research group investigating Canadian Mining in Latin America, suggested Barrick’s approach to CSR was more akin to public relations than genuine community involvement.

The need to draw the line
As the opposition to the project grew, Munk insisted on the need to draw a line between genuine stakeholders and those opposed to all industry.

“While we love NGOs, we equally have to stand up to those who are just on principle against any type of development,” he told a shareholders meeting in 2012.

The following year Munk was back before shareholders again explaining that now it wasn’t just Pascua Lama under threat but the entire global gold mining industry.  Gold prices, pumped to an all-time high by the economic crisis, had plunged by a third, while costs were rising as the global population pushed for tighter environmental regulations and host nations demanded greater royalties.

In April 2013 a Chilean Court, responding to a lawsuit brought by the Diaguita communities, ordered a halt to construction on the site while environmental issues were addressed. Later that year after a $300 million ramp-down the project was placed under care and maintenance. Under pressure from Barrick shareholders, who were raising questions as to the miner’s corporate governance, Munk stepped down as chairman in April 2014, leaving the board and the company he had created three decades earlier.

As Barrick Gold’s experience reveals, failure to meet sustainability challenges can be hugely costly and even experienced operators can get it wrong.  While, with hindsight, one might rate Barrick Gold’s chances of success with the Pascua Lama project as quite low today, the story does show the importance of effective stakeholder engagement—authentic engagement with all relevant stakeholders can be key.

In May 2014, Barrick Gold signed an initial agreement with the local Diaguita indigenous communities, taking a first step in what may be a long road to reactivating the project.

Tweets by @forbesindia
For ecommerce, it's growth over profit
Wesley R. Hartmann: Where to Build a Better Brand - Television or the Internet?