The Tortoise And The Hare? An Analysis Of China And India’s Long-Term Prospects

By Michael A. Witt

When asked what animals symbolise China and India, most people would probably say the dragon and the elephant. In terms of long-term economic prospects, however, the hare and the tortoise may well turn out to be the more appropriate choice. While India is moving more slowly than China at this point, there is a real possibility that over the next decades, we may see it catching up and, ultimately, pulling ahead. 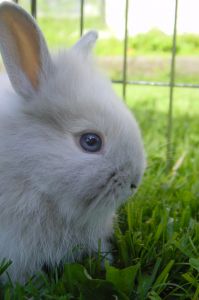 With the exception of some patriotic Indians, most people will find this point surprising, if not far-fetched. Certainly, on its past and present form and record, China has been winning the contest hands down. Adjusted for differences in purchasing power, China’s total GDP in 2008 -- the latest year for which confirmed World Bank statistics are available -- was more than twice that of India. If we standardise by population, India narrows the gap somewhat, but China’s per capita GDP is still about twice that of India -- approximately US$6,000. This is even more remarkable given that China’s per capita GDP in 1978, the year Chinese economic reforms began, was just slightly more than half that of India. Absolute poverty rates in China, which used to be one-third higher than in India in 1981, are now half those of India. And despite Indian economic reforms from 1991, the economic output gap has been growing further: between 2004 and 2008, China’s economy grew at an average annual rate of 10.8 per cent, compared with 8.7 per cent for India’s economy.

There are good reasons for China’s ability to pull so far ahead of India. One centres on economic fundamentals. Scholars usually attribute economic growth in the early stages of development mostly to mobilisation of capital and of labour into productive processes. There is obviously no shortage of capital for large Chinese firms today, but even in the early 2000s, China’s real interest rates for listed firms were less than half those paid by their Indian counterparts. China also continues to attract vastly more foreign direct investment, by a factor of 2.5, though India has been catching up in this area.

Yet mobilising capital is the easy part. Building up a good basis of human capital is even harder, and here India has been severely handicapped. Labour regulations in India have prevented the mass mobilisation of people into industry. In addition, even basic skills are often missing. Average illiteracy rates in India are about 40 per cent, compared with less than 10 per cent in China. Among the young, China is achieving almost universal literacy; India’s education system still fails to reach about a quarter of this cohort.

Underlying these differential developments are variations in the roles played by the state. The World Bank ranks India 133rd out of 183 economies in terms of ease of doing business, while China is placed at 89th. In fact, Indian businesses tend to succeed where they can evade state rules and regulations. For instance, India’s comparative advantage in services such as business process outsourcing can, in good part, be explained by two factors. First, the state never got around to regulating it. And second, unlike for manufactured products, the export of these services is not hamstrung by bad roads and lengthy customs procedures; as long as the data and phone lines are operational, business can proceed.

And at an even more fundamental level, Chinese culture is arguably more conducive to economic development and growth than India’s. Both countries were historically subject to caste structures -- in China along Confucian lines, in India following Hindu precepts. But there was one very important difference: mobility between the castes. In India, there was none, short of rebirth in a higher caste. Any attempts to stretch beyond the limits of one’s caste were, at a minimum, discouraged. 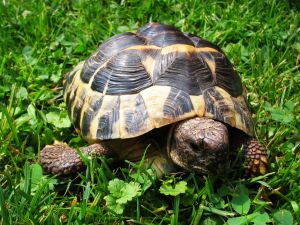 Conversely, in China, mobility was built into the system through education, and in principle, anyone, no matter how humble in background, could reach the apex of the caste pyramid and become a mandarin in the capital if he succeeded in passing the state examinations. Just as the caste system and its limitations linger on in India, and in its rural parts continue to hold people back, the notion that educational attainment is the road to success remains deeply ingrained in the Chinese mindset. It goes without saying that the latter mode is much more conducive to economic growth.

In short, China looks like the sure winner. But so did the hare, and the tortoise beat him nonetheless. China is not going to fall asleep by the wayside, as the hare in Aesop’s fable. But a number of developments may conspire to allow India to catch up and, in the long run, perhaps even to surpass China.

One of these developments is demographic change. As a consequence of its one-child policy, China is set to undergo demographic ageing so rapid that China has been said to be likely to grow old before it grows truly rich. Indeed, in twenty years, China’s percentage of old people is likely to reach about the same level as in the more developed countries today. This raises the question of how to devise social security and medical systems to take care of the elderly. It also means that the proportion of young, and typically highly productive, workers is falling fairly rapidly. Abolishing the one-child policy might reduce the scope of the problem, but it will not eliminate it. India does not face this problem, though it remains to be seen whether government policies will adjust sufficiently for the country to be able to take advantage of this “demographic dividend.”

A second point pertains to the finding that high economic performance requires good institutions, or ways of running and doing things. As it turns out, the real challenge in economic development is not getting to a per capita GDP of US$3,000, or 6,000, or even 10,000. Rather, economies tend to hit a wall once they reach about US$15,000 per capita. China is likely to reach this barrier around 2020, while India will probably take about a decade longer to get there. It is hard to predict which of them, if any, will succeed in scaling this wall of institutions. As the examples of Hong Kong and Singapore suggest, Western-style democracy does not seem to be a necessary condition, so China is not necessarily at a disadvantage. At the same time, it has only about 10 years left to start approximating conditions in these two places. India, by contrast, has the luxury of a 20-year reform period, though success is contingent on whether its political system will make the most of this opportunity.

A third, and perhaps decisive, factor concerns geopolitics. Here, most models of international relations point to the same conclusion: China is heading for a period of increasing conflict and rivalry with the United States. The so-called realist school frets that the change in balance of power between the nations is likely to lead to conflict. The liberal school points to numerous points of disagreement, ranging from economic frictions about trade and exchange rates to matters such as Tibet and Taiwan and human rights, on which constituents on both sides maintain different views. The institutionalist school of thought would hope that the World Trade Organisation, the United Nations and other bodies can keep these tensions in check; at the same time, neither nation has a spotless record in terms of compliance with international institutions.

It is in this context that India may emerge maybe not triumphant, but possibly privileged. For realists, a stronger India represents a useful ally for balancing China’s increasing economic and military strength. For liberals, India tends to be more palatable as a partner because it is a fellow Western-style democracy, albeit an imperfect one with a poor human rights record.

It is consequently possible that the United States will begin to offer preferential treatment to India just as friction with China grows. Such a move would not be unprecedented. During the Cold War, the United States promoted economic growth and development among allies such as Japan, South Korea, and West Germany by providing, among others, access to finance and markets. First signs of such balancing behaviour have begun to emerge, such as the 2005 US-India Civilian Nuclear Agreement. The overall effect does not need to be that China will be cut off from the world economy in the same way the Soviet Union was during the Cold War. But at a minimum, India is likely to gain an advantage relative to China, that in the end may enable this particular tortoise to beat the hare.

Michael Witt is Affiliate Professor of Asian Business and Comparative Management at INSEAD.