The truth about lies in negotiations

It's a complex game of "catch me if you can" 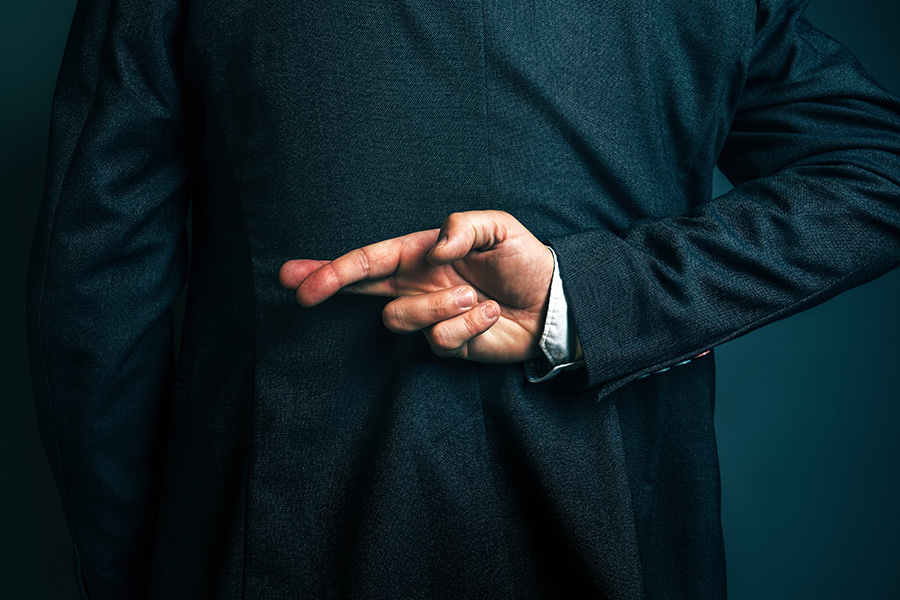 Brenda calls the airline customer service after finding out that she’s unable to check in on her upcoming flight.

Rep: Ma’am, because of the low tariff on your ticket, you are on standby.

Brenda (in a calm voice): I have paid almost 300 euros for this one-hour flight. This is not a low price. Could you please double check? As a frequent flyer with your company, I should have priority.

Rep: May I put you on hold while I check?

[Doesn’t wait for Brenda’s response, puts her on hold for five minutes.]

Brenda: Is this a window seat?

Brenda: Ok, thank you for your help.

Right after the call, Brenda has a nagging feeling that something is amiss. She pulls up the airline’s website and finds several available seats on her flight, including a few window options. She quickly changes her seat selection and wonders: “Was it a glitch in the system or did that rep lie to me?”

Can you spot a lie?
How good are we at detecting lies? The paper “Can Ordinary People Detect Deception After All?” by Leanne ten Brinke (UC Berkeley), Kathleen Vohs (University of Minnesota) and Dana Carney (UC Berkeley) noted that we are bad at it, at least on a conscious level. In fact, we tend to have a truth bias: We are likely to believe others are truthful more often than they actually are because there is a high social cost of spotting a liar, especially if our assessment turns out to be wrong.

The researchers had a hunch that humans should be evolutionarily primed for lie detection as a means for self-preservation. They posited that our ability to detect lies mostly exists at the subconscious level and only surfaces at a specific “tipping point”, i.e. when the cost of being deceived outweighs the potential social cost of signalling distrust. They suggested that our conscious lie-detection accuracy should improve in highly threatening situations or when the social cost of showing distrust is low. In practical terms, we should strive to listen more closely to our gut during high-stakes negotiations as deep down we probably know who is lying.

Another paper by Todd Rogers (Harvard University), ten Brinke and Carney (cited above) analysed whether political campaign callers were able to tell who would follow through on their promise to go to the polling booths. After all, more than half of people who claim they will vote flake out. A number of nonverbal cues allowed the callers to more accurately guess whether the respondent was telling a lie. These cues included respondents sounding uncertain or insecure or taking more time to say whether they would vote. Using a lot of speech fillers such as “um” and “ah” also predicted lying, but callers failed to recognise that. On the other hand, they associated sounding tense or nervous (e.g. when respondents spoke fast or in a high-pitched voice) with lying, but it wasn’t the case.

The researchers paired up 60 male and 60 female participants into same- or mixed-sex negotiating dyads. Participants then role-played an employment contract negotiation covering nine issues. Employers and employees were told separately that they would not receive points for a particular issue (job assignment and contract length, respectively). This gave negotiators an opportunity to lie and make fake concessions on that issue to score more points elsewhere.

The researchers examined two types of deception: sins of omission (withholding information) and sins of commission (misrepresenting information, aka bald-faced lying). After meeting their partners, but before the negotiation began, participants answered a questionnaire to gauge how much they trusted their partner on the following dimensions:

Lastly, each pair of negotiators was instructed to use a competitive (stereotypically male) strategy or an accommodating (stereotypically female) strategy. The assumption was that stereotypes would especially impact same-sex pairs: A man using an accommodating strategy while negotiating with another man would signal vulnerability, eliciting deception. Conversely, in female-only pairs, the use of a competitive strategy would trigger deception through raising suspicion. In the case of mixed-gender dyads, researchers predicted that gendered expectations wouldn’t be so salient and that both men and women would judge each other based on their “competitive negotiator” persona.

It turned out to be somewhat more complicated than that. Male-only dyads did not seem to adjust their use of deception depending on trust or strategy, but rather based on a pragmatic greed-driven approach. Men negotiating with men were more likely to commit sins of omission or commission if the odds of getting more value outweighed the risks.

Conversely, female dyads adjusted their use of deception in response to their level of trust and the negotiating strategy they had been assigned. Outright lying increased when negotiators felt they shared interests (identity-based trust) and were advised to be accommodating, whereas there were more sins of omission when they believed the counterparty wasn’t concerned with their welfare (low benevolence-based trust) and they were told to be competitive. In sum, it appears that women are more opportunistic in their use of deception. These findings suggest that women may lie out of fear as well as greed, depending on the circumstances.

Male-female dyads were the only case where predictions held true: There was more lying when trust was low and negotiators used an accommodating negotiation strategy.

Practical implications from a win-win standpoint
In the real world, associating sins of omission with deception is rather a philosophical question or a cultural distinction. While some cultures do not view an omission as a lie, others are stricter and consider this unethical behaviour.

When it comes to withholding information strategically, there are two ways to go: win-lose (power-focused) or win-win (value-focused). In win-lose scenarios, such withholding aims strictly to take advantage of your counterparty, probably by not sharing information that would help them either create more value or claim their fair share. Using the win-win approach, you may also need to withhold information at times, mostly limited to that which concerns power. Such withholding does not aim to take advantage of others, but rather to prevent them from blocking your attempts at creating more value or claiming your fair share. Indeed, complete transparency about your bottom line, your willingness to pay, your lack of alternatives or inability to walk away can only help your counterparty extract more value from you. Sharing such power-related information does not make a lot of sense in a negotiation.

While we invite you to reject actively misrepresenting information, it is important to recognise that complete transparency can tempt your counterparty to exploit your “naïveté” by using blatant lies, among other power moves. The research above helps identify situations that raise the risk of your counterparty resorting to deception.

In male-only negotiations, showing concern for reputational integrity may indicate high rewards for truth-telling and high risks for deception. As such, it may persuade your counterparty to communicate more truthfully. In female-only negotiations, the same advice would apply as women may also lie out of fear in particular instances. In addition, to mitigate the risk of greed-based lying in female dyads, it would be useful to promote an environment of openness and information sharing, while not overplaying identity-trust cues. Finally, mixed-gender negotiations already involve the least amount of deception in a competitive and trustworthy environment.

In sum, it seems that the best move is to encourage truth-telling by creating a safe and open negotiation process. Meanwhile, we all need to listen to our gut and challenge our truth bias. We should also double check critical information by asking questions and requiring data, particularly in scenarios that raise the risk of deception. After all, we are not good at detecting lies, so we might as well check when the stakes are high.

Tweets by @forbes_india
The world after Lehman Brothers
Vinyl visionary: How a digital dealmaker revived a 112-year-old record-player brand