Are 'menu costs' messing up your supply chain?

When it's cheaper to change product prices, companies benefit—and so do their suppliers, new research shows 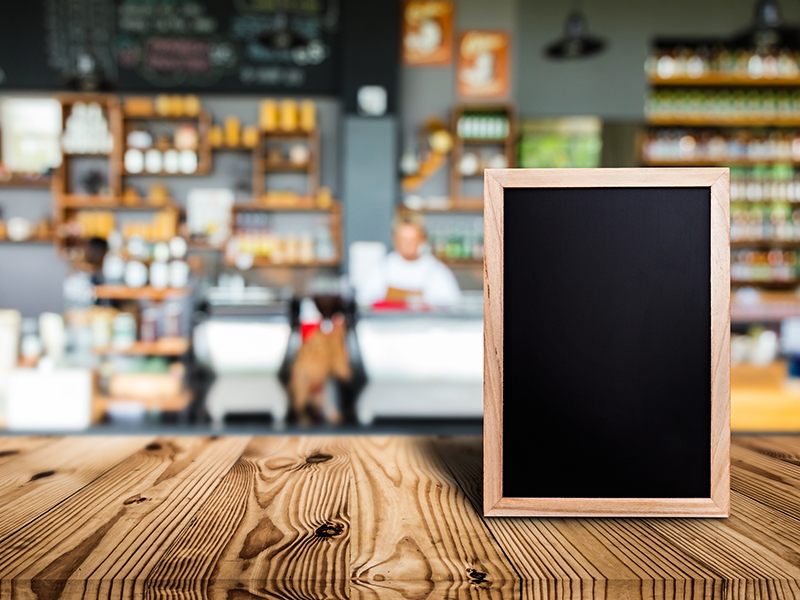 In theory, companies can change their prices whenever they want.

But in reality, changing prices often brings other expenses. These are called “menu costs,” a reference to restaurants having to reprint all their menus when they reprice food. Menu costs can take on different forms depending on the industry—for example, a grocery store has to relabel products, while gas-station employees must use a pole to update numbers on the sign outside. Firms that offer services also run the risk of annoying customers and losing business if they constantly tweak their fees, a different (but important) kind of cost.

It’s reasonable to think that lower menu costs should be good for companies, as it allows them to fine-tune prices to match customer demand. But do lower menu costs actually increase profits? Moreover, might lower menu costs cause disruptions as they ripple up a supply chain? After all, when it’s easier for a grocery store to change the price of butter, they might do so more often, leading butter sales to fluctuate wildly from week to week—which could, in turn, increase the chance that butter producers and dairy farmers end up with huge surpluses or shortages.

In a recent study, Rob Bray, an associate professor of operations at Kellogg, and Ioannis Stamatopoulos at the University of Texas at Austin investigated how a price change would affect not just sales of that particular product, but the product’s entire supply chain.

The team obtained data from dozens of Chinese supermarkets and then used a mathematical model to predict how changes in menu costs would affect the stores’ profits, as well as volatility further up the supply chain.

The model predicted that lowering menu costs would not only increase sales, but also—contrary to what they expected—stabilize the supply chain, rather than snarl it up. “The data threw us a complete curveball,” Bray says.

That’s important, he says, because “the main name of the game when it comes to supply chaining is decreasing volatility.” When a supply chain is unstable, producers are more likely to either end up stuck with excess inventory or run out of high-demand items.

Bray notes that researchers haven’t explored the links between pricing and supply chains much, and more studies will be needed in other industries. “This paper is just a first stab at a very big problem,” he says.

Airlines, for example, have very low menu costs. They can easily reoptimize and change flight prices online using automated software, and customers are already accustomed to the idea that airfare prices are volatile. On the other end of the spectrum, lawyers spell out fees in long-term contracts. Their menu costs are very high because the firm would have to renegotiate the contract to change prices.

In between are retailers such as supermarkets and clothing stores. Menu costs for these firms have decreased as more sales move online and as more brick-and-mortar shops switch to electronic price labels, small screens that managers can update automatically.

Yet the consequences of these falling menu costs were not entirely clear. “What about the supply implications?” Bray wondered. Specifically, the researchers wanted to know whether lowering menu costs increased or decreased volatility in a supply chain.

Supply-chain management is essentially the process of matching supply with demand. When companies manufacture products, “they have to place a risky bet,” Bray explains; the firm doesn’t know exactly how much demand there will be, so they make their best guess.

But volatility downstream in the supply chain makes it harder to gauge demand. And inaccurate estimates cost the companies money: if they manufacture too much, they’re stuck with inventory they can’t sell; too little, and stores run out of the product. So decreasing volatility is key to successful supply-chain management.

A subtle source of instability is the bullwhip effect. This means that demand tends to become more volatile as you move up the supply chain, from the customer to retail store to wholesaler to manufacturer. The bullwhip effect occurs partly because order sizes get bigger the further up the chain you go: A customer might buy two toothbrushes at a time, for instance, but a grocery store orders them in batches of 48, and a wholesaler buys them in packs of 480.

It seemed plausible that reducing menu costs might exacerbate volatility. “Kind of intuitively, you could think it would,” says Bray, since lower menu costs should mean more price movement, which could make sales fluctuate more—and that added instability might compound as it moves further up the supply chain.

How Menu Costs Can Affect Profits
Bray and Stamatopoulos obtained data from 78 large supermarkets in China from 2011 to 2014. All the stores belonged to the same chain, but each one could set its own prices. Every time a manager for a category of goods—beverages, for example—updated a price, another manager had to review the change, price tags had to be reprinted, and a clerk had to relabel the products.

First, the team wanted to confirm that the stores did in fact face significant menu costs. They did so by looking at how frequently they repriced items.

On average, they found that the stores changed an item’s price every 30 days. On the day an item was repriced, profits on that item tended to be relatively high. But they steadily declined afterward, probably because the price was no longer optimal. “It’s an out-of-date price,” Bray says.

The fact that stores didn’t reprice more often suggested that menu costs were holding them back.

The researchers also found that price changes helped reduce the volatility in demand that the stores faced: When the supermarkets repriced products, the change was more likely to be an increase if customers had bought a lot of that item over the last week. Conversely, the price change was more likely to be a decrease if the store still had a lot of that item left in stock. This suggested that the supermarkets changed prices to “smooth out” demand—that is, stimulate demand for less-popular items by lowering prices and dampen demand for popular items by increasing prices.

Thus, the researchers concluded that lower menu costs would likely boost stores’ profits and allow them to better match supply with demand, by making it easier to change prices more often.

But would those more frequent price changes also introduce volatility further up the supply chain?

Smoothing Out the Supply Chain
To find out, the researchers built a mathematical model of the stores’ supply chain, constructed to fit the data that they’d gathered on sales, orders, inventories, and prices. They then decreased menu costs in that model to see what would happen.

The model predicted that sales would become less variable because more frequent price changes would smooth out demand. But critically, it also predicted that shipments would become less variable. Because prices were now more flexible, stores could do a better job of matching supply with demand. So stores placed more frequent, but smaller, orders to keep up with demand, which made “the shipping process appear more fluid,” the researchers wrote.

In short: lowering menu costs stabilized the supply chain, both on the demand and shipment sides.

As for the bullwhip effect, the net effect “is zero,” Bray says. Demand and shipments were “smoothed out” in roughly equal proportions. And since the bullwhip effect is measured as the difference between upstream and downstream volatility, those changes cancelled each other out.

A Powerful Lever
The takeaway for retailers: by repricing more frequently, they could reduce volatility throughout their supply chains, Bray says. “You’re using the lever to better match supply and demand.” The results suggest that it might make sense for grocery stores to move to electronic price tags.

What does this mean for repricing in the COVID-19 era? The answer is tricky.

Raising the cost of hand sanitizer in the early days of the pandemic, for instance, might have been seen as price gouging. Yet modest price increases to smooth out demand might have helped keep volatility in check, meaning fewer stores would have run out the product—and fewer customers would have left empty-handed and frustrated. Moreover, people would have been less tempted to pick up, say, 10 bottles at a time, leaving more on the shelf for others. “This hoarding probably would have been tempered to some degree,” Bray says.

Bray doesn’t yet know whether the study’s results hold across other industries. The results depend on items being ordered in fixed batch sizes, which may not be the case in service-oriented companies such as law firms or hospitals.

What is clear is that researchers have much more work to do. “We’re a long way off from fully understanding this phenomenon,” Bray says.

Tweets by @forbesindia
Photo of the Day: Oxygen Sewa
We know where the Sheikh's horse is. But where is his daughter?