The 4 phases of marketing communication during Covid-19

How marketing teams were communicating with customers during the crisis 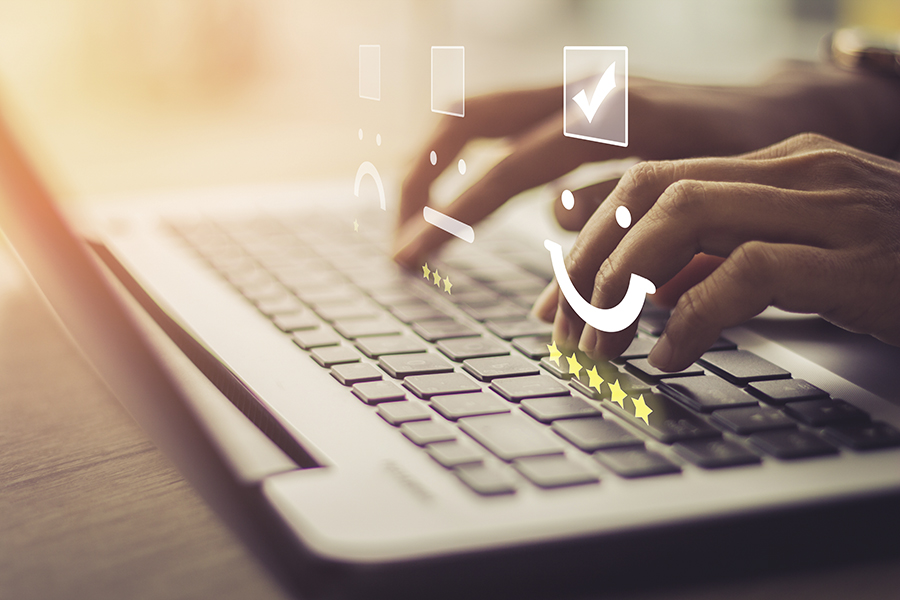 Emails are especially suited to understanding how marketers adapted during the pandemic, given how fast and cheap they are to create and distribute.
Image: Shutterstock

With the onset of COVID-19, it was incredibly important for businesses to reach out to their consumers and preserve those consumers’ loyalty. Darden Professor Kimberly Whitler, an expert in marketing strategy and brand management, with experience in both general manager and chief marketing officer roles, investigated how marketing teams were communicating with customers during the crisis.

Whitler reviewed emails sent to different demographic groups to understand patterns across firms and changes in communication tone, style and content as the pandemic progressed. Emails are especially suited to understanding how marketers adapted during the pandemic, given how fast and cheap they are to create and distribute. Unlike a TV commercial, which may take months to design, shoot and edit — and then may air for several months without change — emails are often created and executed daily, providing deeper, more nuanced insight.

The 4 Phases of Pandemic Communication

Dealing With the Crisis
In early March, the gravity of the situation was uncertain. There were stories from Wuhan, China, and Italy about overrun hospitals, growing deaths and warnings from health care professionals. As Americans braced for the unknown, marketing communications reflected the uncertainty as the tone of emails was somber, serious and cautious. There was a heaviness to marketing communications that mirrored the enormity and insecurity of the situation. Many companies in the early days addressed the specific health-related concerns and provided rational messages regarding enhanced cleanliness practices and safety precautions. For example, an email from Panera Bread described renewed protocols “including cleaning more frequently and adding additional cleanings with peroxide solution in high-touchpoint locations.”

In addition to reassuring their consumers about safety, the early emails expressed the sentiment of togetherness. BMW’s email, in late March, began with “Dear BMW Family Member,” and stressed the importance of “community, togetherness and common purpose.” Despite the cold and difficult reality of the rising pandemic, the notes of camaraderie were able to deliver warmth, connectedness and reassurance to the consumer. Looking to make some lemonade from the ever-so-sour lemons, Whitler comments that the emails surrounding COVID-19 reminded us that we are “one world, one country and one people.”

Adapting to COVID-19
After a while, it became clear that social distancing was here to stay and “back to normal” was far away. By early April, with the death toll rising, it was no longer enough for businesses to respond with short-term safety outlines. Businesses had to prove that they would persevere despite the adverse circumstances. Consequently, the tone of the emails switched from somber to determined, and the content focused on the measures taken by companies to adapt their business.


By adapting their businesses to the crisis, companies asserted their survival and their ability to continue to deliver to customers the same products and quality despite the crisis.

Increasing Value for Consumers
As the COVID-19 crisis persisted, companies needed to do more than simply adapt to remain competitive. As Whitler says, “marketing is about value creation,” and the emails sent by companies during the third phrase described just that. These emails reassured consumers that remaining loyal to these brands would unlock various new benefits for them. Some examples include:


The tone of the messages also changed: Subject lines read “Good News!” and emails moved toward a more hopeful spirit. In fact, “Looking to the future” became a common subheading as seen in the emails from easyJet and Enterprise. Emails no longer reflected somberly on the COVID-19 situation, but instead highlighted how businesses were moving forward.

Back to Normal
Phase 4 depicts a degree of normalcy. Whitler indicates that emails have returned to the typical fare — such as a“20 percent OFF!” subject line, and other typically promotion-oriented content.

The Role of CEOs
In addition to identifying this general phase progression, another striking trend Whitler recognized was the use of CEOs in marketing emails, particularly in hard-hit industries like hospitality. “It is less common to have email messages come directly from the CEO,” she notes, but the pandemic has encouraged many CEOs to reach out to their consumers and employees as an embodiment of the brand. Hearing directly from a top executive personalizes the brand. Delta uploaded a personal message from its CEO, Ed Bastian, who shared the measures Delta was taking in response to the pandemic. The video, filmed from his home, allowed consumers to connect with him in an intimate setting. Similarly, Marriott’s CEO released a video — A Message From Arne — with an informative and widely-considered moving speech to Marriott associates. Once again, consumers were able to empathize with the face of the company. Whitler comments, “If you have the right CEO with the right message, it can really strengthen the connection between the consumer and the company.”

What may look like indistinguishable clutter in your inbox is actually a well-thought-out marketing initiative. Each phase illustrated in this progression has played an important role in keeping consumers and corporations connected. Phase 1 conveyed awareness, preparedness, and a sense of shared resolution and purpose; Phase 2 promised help and dedication; Phase 3 offered unexpected value and hope toward a better tomorrow; and Phase 4 is ushering in a return to “emails as usual.”

There is no playbook for a pandemic. These emails are a reflection of rapidly evolving consumer sentiment, and evaluating them can give us a better understanding of the human reaction to worldwide disruption. Perhaps marketers can use this ongoing insight to plan for the future.

This article was developed with the support of Darden’s Institute for Business in Society, at which Eeshma Narula is a research assistant.

Tweets by @forbes_india
We always envisioned that health would go digital: cure.fit exec
Photo of the Day: Fumigation at farmer protest site