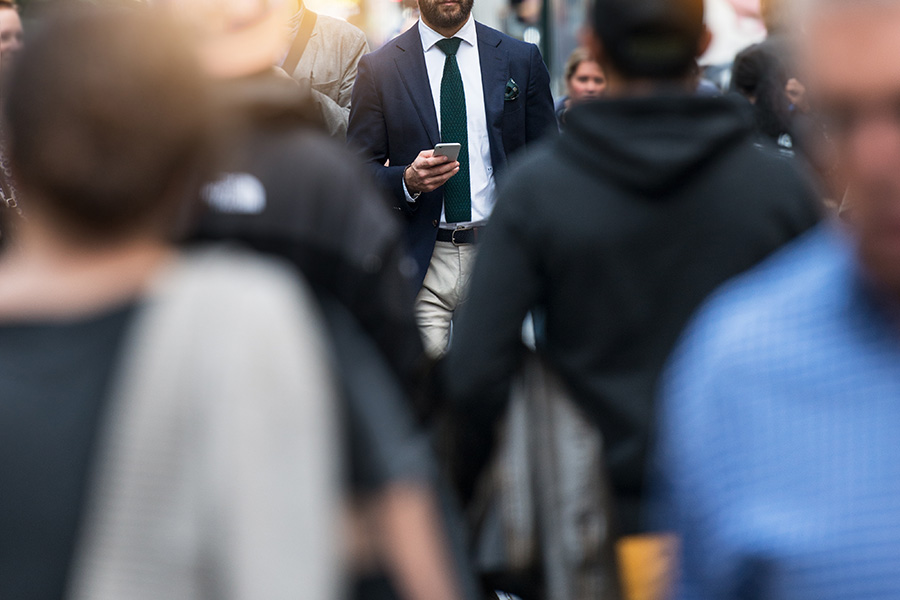 Sharp-dressed shoppers put more items in their carts and spend more money than their casually dressed counterparts, according to research from Duke University’s Fuqua School of Business.
How much more?

In one research experiment, shoppers in dressier clothing, such as a dress or blazer, bought nearly 18 percent more items than shoppers in casual outfits, such as T-shirts and flip-flops. Well-dressed shoppers also spent about 6 percent more money than casually-dressed shoppers, according to “The Aesthetics We Wear: How Attire Influences What We Buy,” a paper co-authored by Fuqua marketing professor Keisha Cutright and published in the Journal of the Association for Consumer Research.

Other experiments by Cutright and collaborators at the University of Michigan and Arizona State University found that well-dressed shoppers’ interest in buying items was 12 to 16 percent higher than their casually dressed counterparts.

This is because when you look sharp, you have more social confidence, and this reduces anxiety people have about making decisions, Cutright said.

“There is a lot of prior research showing how appearance impacts our perceptions of others, such as when professionals wear uniforms, or for example, how better-dressed teachers get higher ratings,” she said. “We focus on how your dress affects your own perceptions. When you’re dressed formally, you believe that other people are looking at you more favorably and they believe you are more competent. If you feel confident, you can buy whatever you want without worrying what other people think or whether they will be judging you negatively.”

To test this effect, Cutright and collaborators ran a series of studies that involved more than 800 volunteers. In some experiments, volunteers were asked to imagine themselves shopping in a dressy or casual outfit or even created an avatar of themselves, which they dressed to go shopping in a virtual store, almost like playing a video game.

For another study, the researchers set up a shopping experience in a room where they could observe volunteers. Some volunteers were told the store was sponsored by the popular department store Nordstrom while others were told it was sponsored by T.J. Maxx, a discount store of lower prestige. The effect was the same in both scenarios – well-dressed shoppers chose more items and spent more money.

There was only one scenario in which casually dressed shoppers were the ones spending more money – in counterculture stores, such as Hot Topic and Zumiez, that reject mainstream dress for edgier punk and goth aesthetics. Well-dressed shoppers didn’t demonstrate the same confidence in these settings as they did in mainstream stores, Cutright said.

The researchers also ran a study to test whether retailers can influence how people dress when coming to their stores and found ads with more formally dressed models prompted would-be customers to choose nicer outfits to go shopping in.

Both retailers and shoppers may be surprised by these findings, she added. When interviewed for the research, both volunteer shoppers and store managers said they didn’t think what a customer was wearing would have any influence on how they shopped.