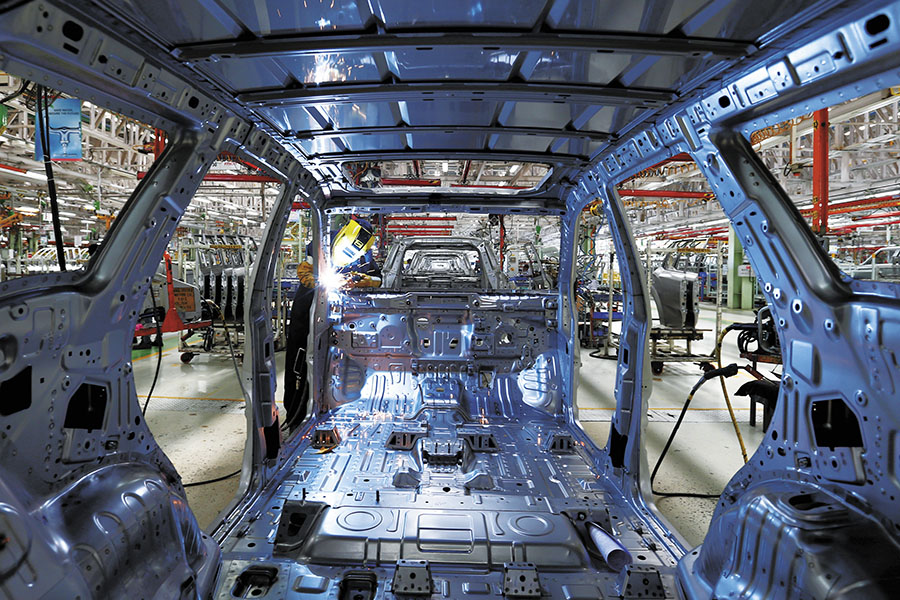 Economists in India are equally bullish about the pace of growth over the next 12 to 18 months and believe that the IMF forecast is achievable.

“We are coming off a low base, but demonetisation is behind us, and some of the concerns relating to Goods and Services Tax are behind us,” says Dharmakirti Joshi, chief economist at rating agency Crisil. “Global growth is expected at 3.9 percent in FY18, which would be the fastest since the 2008 slowdown. With external factors in order and internal factors being sorted out, we expect an upside in growth.”

Economists largely expect growth of around 6.5 percent for the year ending March 2018.

Indranil Pan, chief economist at IDFC Bank, is backing the IMF’s bullishness. “I see growth on the upside from current levels,” he says. Growth is expected to be led by the manufacturing and services sectors, though Pan believes the government will continue to focus on improving rural incomes to boost consumption.

India’s stock markets, already at record levels, have factored in much of the good news. As corporate earnings start to improve over the next two quarters and bank lendings pick up, it will revive the private sector capex cycle.

Nomura’s chief India economist Sonal Varma believes the general elections will be the focal point, and in a pre-budget note writes that she expects “the government to deliver measures that have both economic and political benefits—such as increasing allocations to rural, affordable housing and power schemes—without compromising on infrastructure.”

The real hiccup to India’s growth story could come from rising crude oil prices. Brent crude, the global benchmark, rose to $70 per barrel recently. India, the world’s third largest oil importer, would see its bill rocket if prices rise further. “If oil moves to $75-80 [per barrel] we need to take the pain,” says Pan.

Noted US economist Nouriel Roubini, who was in India in January warned about the impact of rising energy prices and called for fiscal prudence.