From champagne and cognac to art and real estate, Jay-Z has spun fame into a fabulous fortune 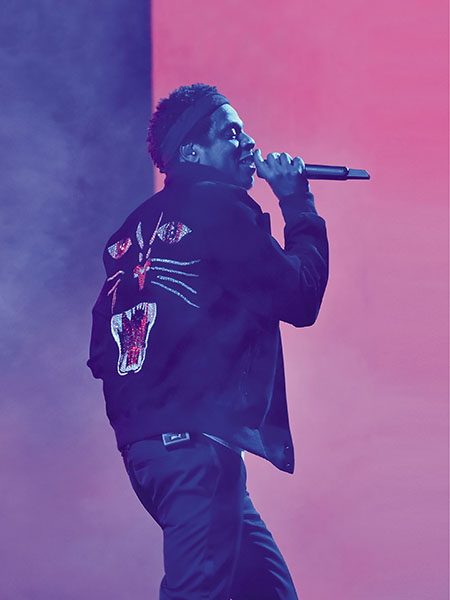 
Nine years ago, two unlikely lunch partners sat down at the Hollywood Diner in Omaha, Nebraska. One, Warren Buffett, was a regular there. The other, Jay-Z, was not. The billionaire and the rapper ordered strawberry malts and chatted amiably, continuing the conversation back at Buffett’s Berkshire Hathaway offices. Buffett, then 80, walked away impressed with the artist 40 years his junior: “Jay is teaching in a lot bigger classroom than I’ll ever teach in. For a young person growing up, he’s the guy to learn from.”

This moment, which was captured in our 2010 Forbes 400 package, made it clear that Jay-Z already had a blueprint for his own ten-figure fortune. “Hip-hop from the beginning has always been aspirational,” he said. Less than a decade later, his $1 billion kingdom encompasses liquor, art, real estate and stakes in companies like Uber.

His journey is all the more impressive given its start: Brooklyn’s notorious Marcy housing projects. He was a drug dealer before becoming a musician, starting his own label, Roc-A-Fella Records, to release his 1996 debut, Reasonable Doubt.

Tweets by @forbesindia
The microhotel is seeing a growth spurt, making small stylish
And now, a bicycle built for none