The airline has been in a financial mess for a while now; Founder Naresh Goyal may have to take a tough call soon 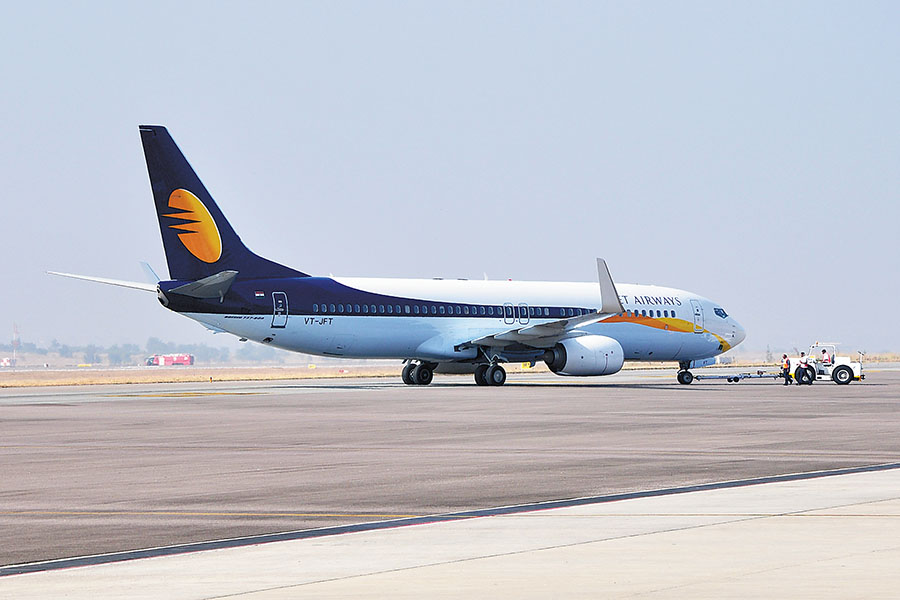 Image: Shutterstock
Members of the Jet Airways’ loyalty programme flying out of Mumbai on October 31 were in for a rude shock. A notice at the premium lounge in the domestic departure terminal of the Chhatrapati Shivaji International Airport read: “Please note that complimentary access at the GVK Lounge is currently not available for Jet Airways customers only.” This led to JetPrivilege passengers venting their ire on social media.

“I would imagine it’s all rounding up to the same thing–the financial trouble they [Jet Airways] have; perhaps non-payment of dues,” says Ajay Awtaney, editor of livefromalounge.com, a business travel website. “This is not something that Jet Airways is advising customers; it is GVK [the airport operator] that is advising JetPrivilege members.”

“The airline sincerely regrets the inconvenience to its loyal guests and seeks their understanding in the interim, even as it works to reinstate the complimentary access soon,” a Jet Airways spokesperson said.
“This reflects badly on the brand because Jet primarily caters to corporate travellers and people who are connecting from other parts of the world,” says Awtaney, who is a platinum JetPrivilege member with accumulated airline miles that run into “six figures”.

The notice came at a time when the Jet Airways management is considering offloading its stake in Jet Privilege Private Limited, an independent loyalty and rewards management company, in order to shore up funds for the airline’s operations.

Jet Airways has reported losses of Rs 1,036 crore (Q4 FY18) and Rs 1,323 crore (Q1 FY19). Also, since January, its share price has tanked from Rs 840 apiece to Rs 222.30 as of October 31. And it has delayed the payment of September salaries to its pilots, engineers and senior management. Besides, the airline is grappling with payment delay issues with its aircraft lessors. 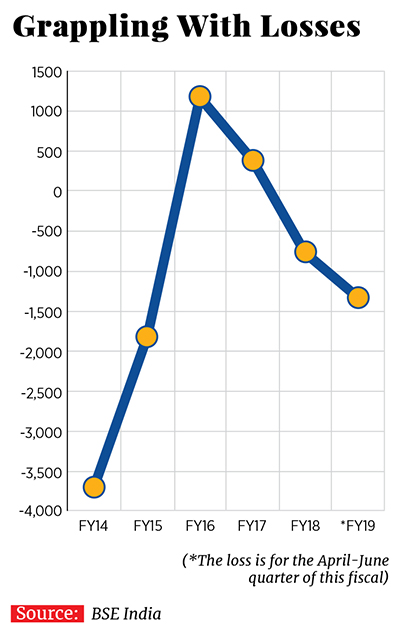 Today, Jet Airways is the only surviving private airline with ModiLuft and East West Airlines having shut shop. ModiLuft took shape as SpiceJet in 2005.

“It’s been 25 years of Goyal’s hard work, but the next time anyone wants to infuse money [into Jet Airways] they would want him out of the equation,” says an aviation analyst. “It’s now between choosing him or the airline to survive.”

In 2013, Abu Dhabi’s Etihad Airways shelled out close to $380 million for a 24 percent stake in Jet Airways. Now, there are reports of American airline Delta Air looking to invest in it. There are also talks of the Tata Group having shown interest in Jet Airways.

In 2006, the Indian aviation industry went through a phase of consolidation as new airlines such as IndiGo, now the market leader, entered the fray with their low-cost models. During that period, Goyal acquired Air Sahara (formerly Sahara Airlines) for $500 million, which is the biggest merger and acquisition in the country’s aviation sector to date. He rebranded Air Sahara into a budget airline Jet Lite, which was later named Jet Konnect. In 2014, Goyal dumped his efforts of operating a budget airline and opted for the full service entity, Jet Airways.

Today, Goyal has to decide whether he should let someone else run the show. As of now, Jet Airways has a $300 million lifeline which it received in late August from domestic banks.