A sharp rise in the Nifty 50 index has been powered by a select group of stocks; most, however, are far from their 52-week highs 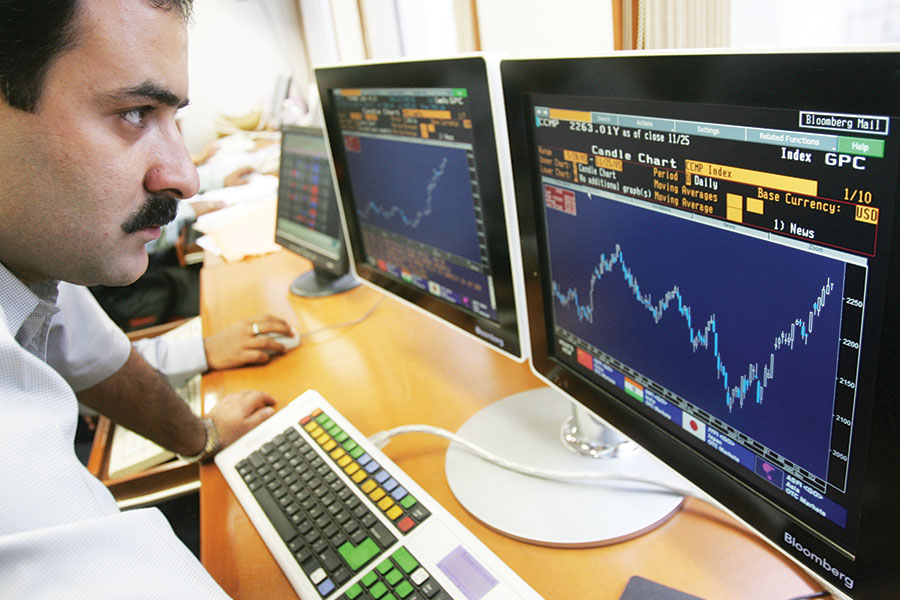 Image: Manoj Patil / Hindustan times via Getty images
A 7 percent rise in the nifty in a little over a month is usually accompanied by screaming headlines and joy among retail investors. Not this time. They’re feeling left out as a vast majority of the stocks in the Sensex and Nifty are far from their 52-week highs. Bajaj Auto is down 24 percent, while sector leader Maruti Suzuki has fallen 8.8 percent.

Investors have watched from the sidelines as their portfolios, loaded with a broad selection of stocks in small- and medium-sized companies, have seen substantial erosion. The Nifty Midcap index is down 18 percent so far this year but still trades at a premium to the Nifty. 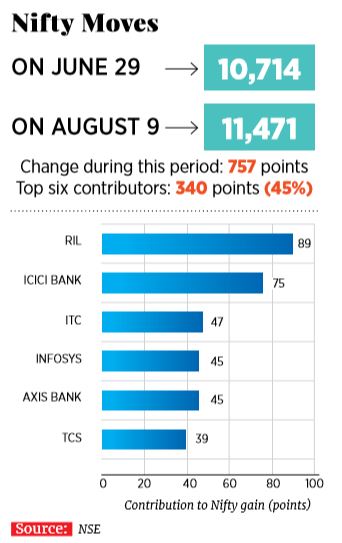 Part valuation catch up, part pricing in future growth, six stocks (see table) have accounted for the stellar July that India’s frontline indices had. Their blowout performance continued in the first seven trading sessions of August.

Leading the list of outperformers was Reliance Industries [which owns Network 18, the publisher of Forbes India] which saw a net addition of ₹1,49,667 crore to its market cap, making it India’s most valuable company. “With Reliance, we believe there could still be further upside,” says Abhimanyu Sofat, head of research at IIFL Securities. He points to the company’s pet coke gasification project that could take refining margins up in the next two years as well as Reliance Jio, which is on track to command a larger share of the mobile industry’s revenue pool. It stands at 16 percent and analysts have penciled it at 42 percent in their future projections.

Also among the top six outperformers are distressed corporate lenders ICICI Bank and Axis Bank. Both have moved to recognise non-performing assets more aggressively and the market is sensing the worst is over. In addition it is also enthused with the leadership changes in both banks. With retail lenders—HDFC Bank, Kotak Mahindra and Yes Bank—being thrice as expensive, the market believes the corporate lenders are due for a rerating.