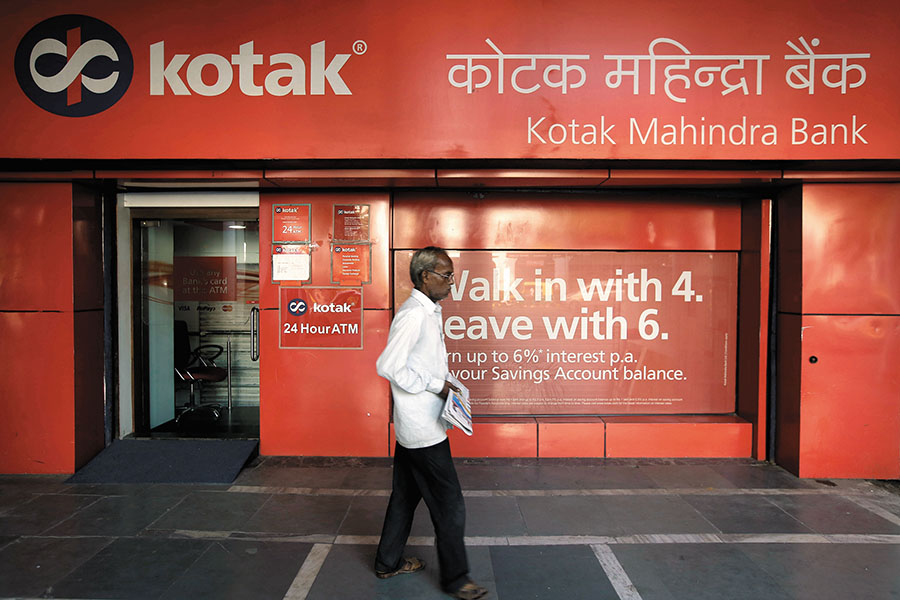 The economic slowdown is starting to reveal its real impact. Banks, which in recent years had turned their focus from the plagued corporate banking space to retail lending, are now witnessing stress in this segment too.

A recent report by brokerage Motilal Oswal says that retail loans now account for 28 percent of all credit, up from 25 percent in FY18. This increase has come at the cost of loans to industry, which have fallen from 35 percent to 32 percent in the same period. For most private banks, the proportion of retail banking has increased: For Kotak Mahindra Bank (KMB) it is 47 percent on a consolidated basis, for Axis Bank it is 53 percent, and for HDFC Bank it is around 48 percent.

In the 2019 December-end earnings, Uday Kotak, managing director and executive vice chairman, KMB, told analysts that the bank has increased provisioning in its unsecured credit card and personal and business loan books, while highlighting a rise in their gross non-performing assets (GNPAs). “We are not seeing panic, but we are seeing higher levels of delinquencies than before,” he added. The bank posted a 23.6 percent jump in standalone quarterly net profit, but saw its share price fall as much as 6 percent in the next three days, post earnings.

HDFC Bank data shows rising delinquencies in personal, credit card and auto loans. Hemindra Hazari, an independent banking analyst, says, “The bank has focussed on unsecured retail loans to drive profitability. It remains to be seen if it can continue this strategy when the retail sector is going to bear the brunt of the slowdown.”

Axis Bank, in its latest earnings, reported a 4.5 percent jump in net profit for the December-ended quarter, as its retail loan book grew 25 percent and the corporate loan book around 16 percent. But while asset quality was steady, slippages rose 24 percent from its previous quarter. Nitin Aggarwal of Motilal Oswal Securities says about Axis Bank: “We expect non-performing loans formation rate to stay elevated in the near term due to the slump in economic growth and recent downgrades.” However, he expects this trend to improve from FY21.

The troubles for mid-corporates such as Dewan Housing Finance, Avantha Group, Karvy Stock Broking, Essel Group’s Dish TV and Café Coffee Day, have all continued to spell more trouble for banks. “The large corporate NPA tail has gotten longer and thicker. Add to this an acceleration of pressure to the retail loan book. The overall business environment is also not supportive,” adds the analyst.

Banks could thus continue to face more pressure to their lending to retail and small businesses. GNPAs for private banks would be inching up—it was 4 percent on an average last year—while asset quality for public sector banks (GNPAs at 14 percent) could improve.

Experts estimate that public banks could see better earnings in terms of asset quality in this quarter due to higher provisioning, which have been earlier accounted for. But for most, the bigger challenge will be to push through the mega mergers approved by the government in 2019.