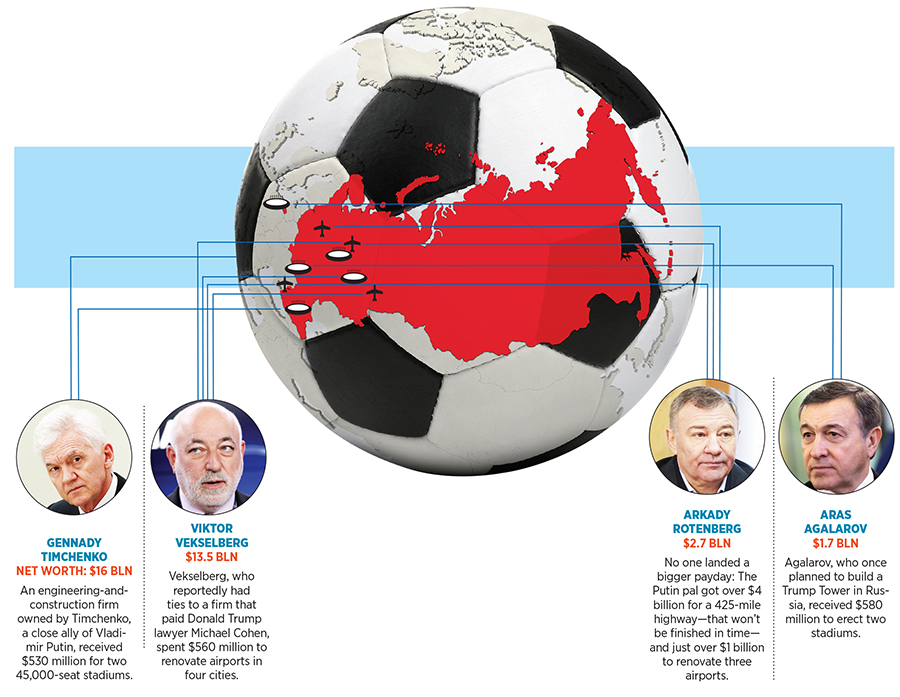 
At least 15 Russian billionaires found a way to get in on the World Cup, which began on June 14. They either got contracts—just six of them collected nearly $7 billion to construct or repair infrastructure—or invested money to do things like run ticketing systems and provide internet in stadiums. As the dollar figures from these four billionaires indicate, the same old cronies are getting richer yet again.

Tweets by @forbes_india
Forbes Global 2000: The world's biggest companies
Tomorrowland: Singapore's Keppel is building the cities of the future