Who was the biggest TV advertiser in the first week of FIFA 2018? 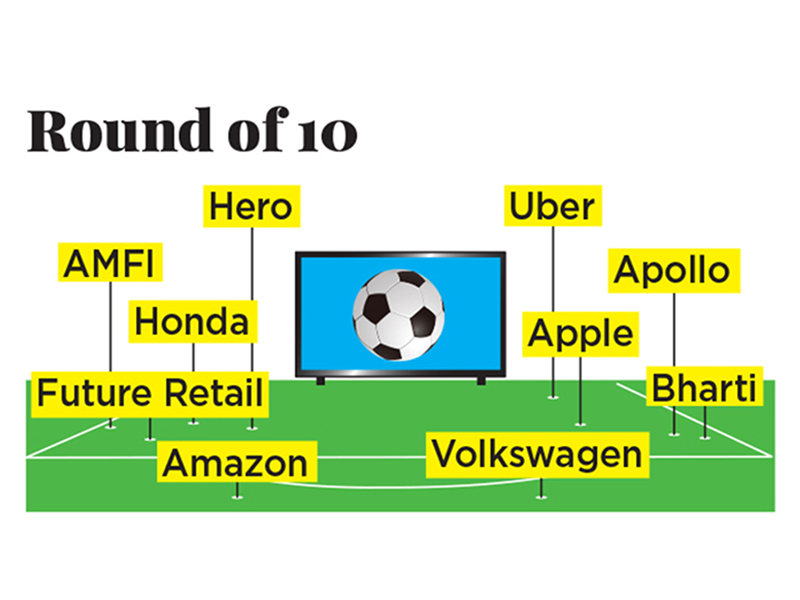 Subject to market conditions, what are the chances of an outlier outspending biggies like Apple, Uber, Amazon, Airtel, Volkswagen and Honda on TV during the first week of the FIFA World Cup? Not much, you would think but that’s exactly what the Association of Mutual Funds in India (Amfi) has proved wrong.

The industry body of mutual funds in India emerged as the second biggest TV advertiser during the first week of World Cup matches. While two-wheeler major Hero MotoCorp tops the charts, Honda ranks third on the list that boasts the likes of Apple and Amazon among the top 10, according to data shared by TAM Sports.

The logic was simple: To reach out to youth. “In India, the next big thing after cricket is football,” reckons AMFI CEO NS Venkatesh.

First launched in March 2017, the ‘Mutual Fund Sahi Hai’ TV campaign has done wonders. “Over the last year, there has been an over-35 percent hike in the number of mutual fund folios from 5.2 crore to 7.1 crore,” claims Venkatesh. “The line has resonated well and the campaign has left nothing to the imagination as far as mutual funds are concerned,” says brand strategist Harish Bijoor.

Tweets by @forbesindia
It's a Wrap on Colors Infinity
Neta app: Finger on democracy's pulse