Serena Williams is Twitter's most tweeted about female athlete ever

She may not have emerged victorious from her final match at the US Open on Friday, September 2, against Ajla Tomljanovic, but Serena Williams can still bow out of tennis with her head held high 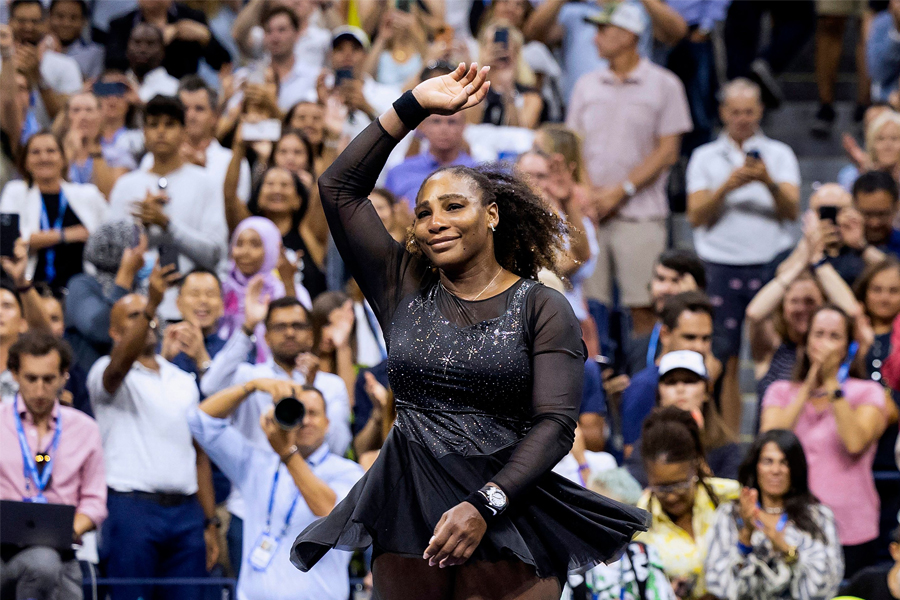 Serena Williams announced her plan to retire from professional tennis after the 2022 US Open. Image: Corey Sipkin / AFP

After a phenomenal career, Serena Williams is saying goodbye to the world of professional tennis, leaving her mark on the courts as well as on social media. On Twitter, this exceptional tennis player is the most tweeted about female athlete of all time.

She may not have emerged victorious from her final match at the US Open on Friday, September 2, against Ajla Tomljanovic, but Serena Williams can still bow out of tennis with her head held high. Indeed, on social media, the 40-year-old tennis ace has been declared a winner when it comes to popularity. According to Twitter, the American sportswoman has become the most tweeted about female athlete in the history of the platform, launched in 2006. This is another accolade to add to the many achievements of the tennis star, who won 23 Grand Slam titles (39 including her doubles victories) over the course of her career. If the social network did not specify the total number of tweets, the platform still pointed out that 74% of users who posted tweets between August and September 2 had not previously mentioned the athlete all year. According to Visibrain, the social network monitoring tool, the figure could amount to 20.6 million tweets since 2006. The player created the biggest buzz in 2018 when she lost to Naomi Osaka in the final of the US Open in New York.

Regarding hashtags, #Serena, #SerenaWilliams and #ThankYouSerena count 187,347 tweets, 140,400 tweets and 52,121 tweets respectively in the last seven days on Twitter, reports Visibrain. In all, more than one million tweets have been posted about the athlete. This number rises to nearly 1.9 million since January 1, 2022. In this game, the sportswoman is far ahead of her sister, Venus Williams, and her 202,055 tweets, not to mention Simone Biles (446,613 tweets), although she lags far behind Cristiano Ronaldo (16.4 million tweets), LeBron James (8.1 million), Tom Brady (5.7 million) and Lionel Messi (4.2 million) as of the beginning of 2022.

While the sport is widely commented on Twitter, the social network took advantage of the recent event to surf on the trend. It launched a special "goat" emoji featuring the animal kitted out with a tennis outfit and racket, appearing in tweets with the hashtags #Serena, #SerenaWilliams and #ThankYouSerena. Note that GOAT is also used an acronym for "Greatest Of All Time." Twitter has previously used this feature to honor the Olympic gymnast Simone Biles, the American soccer player Tom Brady and the soccer players Cristiano Ronaldo and Lionel Messi.

On social networks, many celebrities paid tribute to the American athlete, from Michelle and Barack Obama, through LeBron James, Simone Biles and the iconic Billie Jean King.

Tweets by @forbesindia
74% of Ethereum nodes are marked 'Merge ready' just before the Bellatrix upgrade
How congested are Indian cities? Mumbai among world's top 3