How the copy cats came for Clubhouse 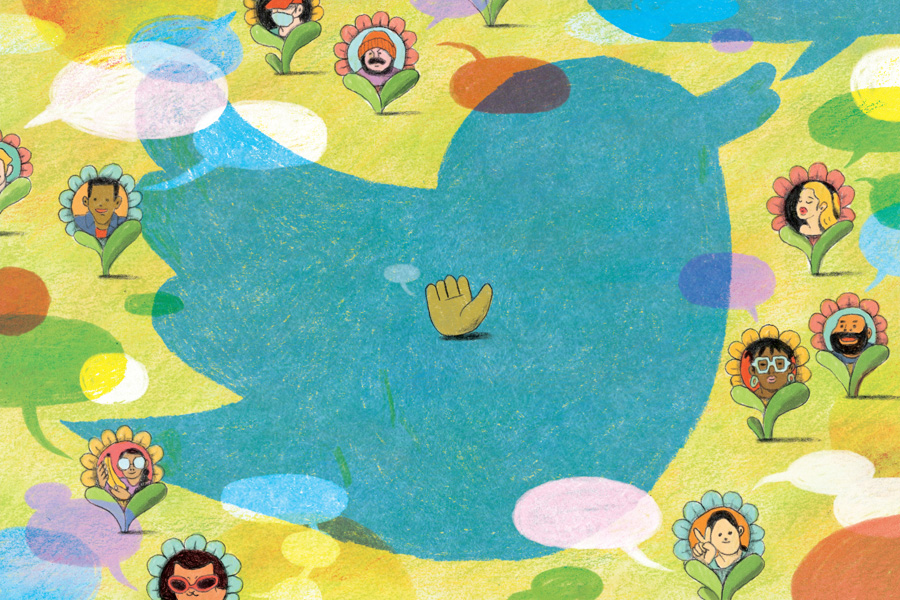 Clubhouse is an invitation-only audio app that was available only on iPhones. (Doris Liou/The New York Times)

In December 2020, Chris Barnett bought his first iPhone at the insistence of his friends. They told him he needed to get on Clubhouse, an invitation-only audio app that was available only on iPhones.

He was known in his circle for hosting a fantasy basketball league, and they wanted him to join the basketball discussions they were having on Clubhouse. Once he signed up on his new phone, Barnett gained a modest following and started a discussion club about the National Basketball Association that grew to more than 4,000 members.

“We had instant success,” Barnett recalled. “People came in, they stayed.”

But today, if listeners want to hear Barnett break down a recent game, they will have to find him on Twitter. In August, he started hosting a basketball show every weekday on Spaces, Twitter’s audio chat feature that mimics Clubhouse. He also organized a network of other content creators to promote their sports and culture discussions.

Barnett is not the only audio creator who slipped away from Clubhouse and joined another platform as a slew of copycat chat apps debuted this year, challenging Clubhouse and wooing its users.

Downloads of the buzzy chat app dipped in the spring as pandemic lockdowns were lifted and new competition emerged, according to the data and analytics firm Sensor Tower. Major tech companies started similar audio platforms: Twitter rolled out Spaces, Facebook made an audio chat feature and Spotify introduced one called Greenroom. And some communities, like those focused on gaming and nonfungible tokens, or NFTs, gravitated to more established chat platforms like Discord, which offers audio features.

The heated competition among so-called social audio companies raises questions about whether Clubhouse can remain the dominant platform for live conversation while the company and its imitators figure out how they will keep up with the moderation challenges that audio discussions present.

The social audio boom is reminiscent of Snapchat’s battle in 2016 against Facebook. Facebook copied Snapchat’s popular Stories feature, which allowed users to post photos that disappeared after 24 hours, and pasted the feature into its Instagram app. Snapchat’s growth faltered after Instagram introduced stories, and other social media services quickly added their own stories features.

Clubhouse faces similar challenges as it tries to edge out the competition. It might follow Snapchat’s path, eventually fending off the tech giants and cementing its position among the top social media apps. Or it might get squashed by them.

“More people getting into social audio is good for social audio,” said Maya Watson, Clubhouse’s head of global marketing. “We’re not bothered by it, and, if anything, it makes us feel confident in where we’re going.”

At the start of the year, Clubhouse was booming. In February, the app was downloaded 9.6 million times, Sensor Tower said. A spokeswoman for Clubhouse disputed the accuracy of Sensor Tower’s metrics, which estimate user behavior, but said the company would not provide internal figures.

The app caught the attention of audio creators like Brian McCullough, who hosts a podcast for the news aggregator Techmeme, called “Techmeme Ride Home.” “I remember having conversations that were the best social media has been in 10 years,” McCullough said of his early days on Clubhouse.

Through the app, he connected with Chris Messina, who leads West Coast business development for Republic, a platform that allows companies to raise capital and unaccredited investors to invest in startups. Messina made a habit of recording snippets of McCullough’s show and playing them in Clubhouse so he could respond to them, and the pair decided to start making the podcast together.

But in March, Clubhouse experienced a slump as downloads slipped to 2.7 million, and in April the app was downloaded just 917,000 times, Sensor Tower said.

At the same time, Twitter was aggressively expanding Spaces. It began testing the feature in October 2020 and granted access to a broader swath of users in the spring. At the time, the development of Spaces was the top consumer product priority at the company, said a person familiar with the company’s plans who was not permitted to speak publicly about them.

That work appeared to pay off. By May, Spaces had more than 1 million users, that person said. The Washington Post previously reported the figure.

But Clubhouse battled back. It dropped its requirement that users receive an invitation to join the app, and built a version for Android. It expanded in India, Brazil and Japan. Downloads of Clubhouse ticked back up.

“The thing that differentiates Clubhouse is the focus,” said Aarthi Ramamurthy, who hosts a popular Clubhouse show, “The Good Time Show,” with her husband, Sriram Krishnan. “It’s all from the lens of live social audio and social audio being successful. It’s not yet another addition to a platform.”

In the year since Ramamurthy and Krishnan started the show, it has gained 187,000 subscribers. The couple also have about 735,000 followers between them on their personal Clubhouse accounts. The show helped Ramamurthy land a job at Clubhouse, where she is in charge of international growth. Krishnan is a general partner at the venture capital firm Andreessen Horowitz, one of Clubhouse’s lead investors.

In recent months, Spaces reached 2 million users, the person familiar with Twitter’s metrics said. Twitter also created tools for hosts to moderate their conversations, added the ability to record and share Spaces, and let hosts charge an entry fee to their Spaces. But the feature has become a lower priority under the company’s new CEO, Parag Agrawal, the person added.

Clubhouse said it is still growing. The company, which does not publish its overall number of users, said that about 700,000 conversations — known as rooms on the app — are created every day on Clubhouse, up from about 300,000 this summer, and that the average user spends about 70 minutes a day on the app. The app was downloaded 1.8 million times in November, a spokeswoman said, and the company was on track to exceed that figure in December.

Ramamurthy said she was confident that Clubhouse, and the world of social audio, was not just a pandemic fad. “We sometimes get judged as this very stable, big company,” she said. “We are just a scrappy startup. We’re figuring it out; we have good days and bad days.”