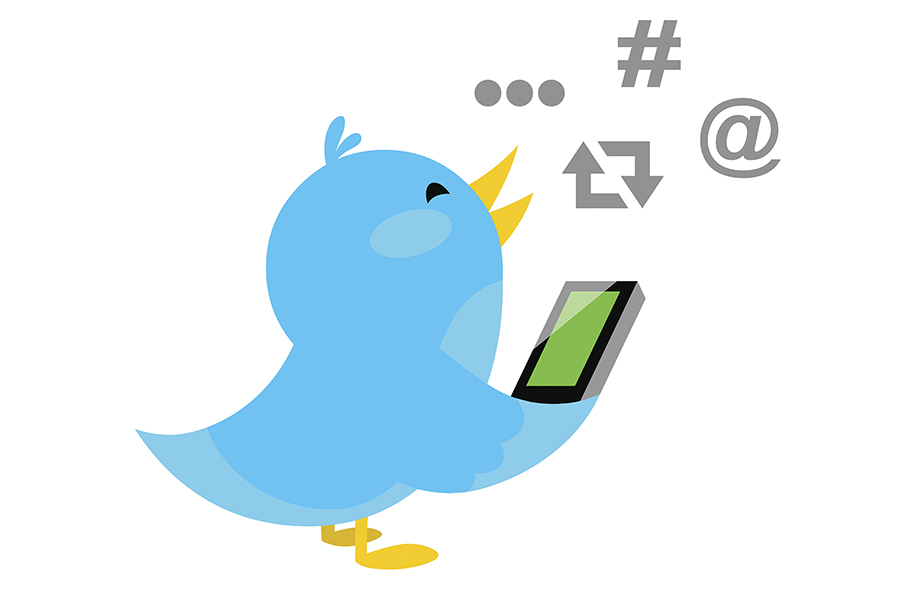 Twitter is infested with fake accounts and automated trolls that can degrade the experience for earnest users and too often result in bigoted or sexist invective
Image: Shutterstock

Twitter has lagged behind its social media peers in recent years, failing to keep pace in new services, acquisitions, user growth and stock price. Consider that its most memorable innovation was doubling the tweet character limit to 280, and that was more than four years ago.

The site has just plodded along, content to be a plaything for corporate public relations, journalists and politicians. It’s not all that popular with regular folks, who instead turn to Facebook, Instagram and YouTube. And for many years that afforded Twitter less scrutiny, until Donald Trump became a Twitter power user.

There has been much discussion recently about Facebook’s polarizing effects and the spread of hate, racism and misinformation on its parent Meta’s platforms, after a whistleblower released a huge cache of internal documents about the company. Much of the same can be found on Twitter; trolls, bigots and outright lies wend their way into Twitter feeds alongside more anodyne fare. It’s just a smaller audience.

The company now has the opportunity to inject some life into what has become a stagnant, albeit highly addictive, service after its co-founder Jack Dorsey said on Monday he would relinquish his role as chief executive and, sometime next year, his board seat. Investors’ hopes for new blood sent the company’s stock soaring briefly, only to fall back to earth after Dorsey revealed his successor is a 10-year veteran of the company, the most recent chief technology officer and a relative unknown. “Twitter probably needs a more dramatic management change than what has been announced,” Mark Mahaney, a longtime tech analyst, said.

Dorsey has split his duties since 2015 between Twitter and the payments company Square (now Block), where he’ll go full time. With the undivided attention of the new chief executive, Parag Agrawal, there are some changes Twitter ought to institute to clean up the service and make it a more robust competitor to Facebook and YouTube, among others.

First, Agrawal must restore trust in the site by better policing misinformation spread by politicians and celebrities. Like Facebook, Twitter has sparingly enforced community standards against its best-known users, despite strong evidence that politicians are more likely to be believed than regular folks — even, or perhaps especially, when they are spouting falsehoods.

For instance, Twitter allowed to stand a September tweet from the musician Nicki Minaj that falsely tied the COVID vaccination to impotence. That tweet garnered tens of thousands of likes. And Twitter was slow to act upon Trump, who freely spread falsehoods about the coronavirus and voting, leading up to the Jan. 6 siege of the Capitol building. Agrawal’s mettle will surely be tested if, as expected, Trump runs again for president.

Second, Agrawal needs to reel in the bots. Twitter is infested with fake accounts and automated trolls that can degrade the experience for earnest users and too often result in bigoted or sexist invective. Tallying them has become a fool’s errand, and users are left wondering whether misinformation or personal attacks are from a reliable source or from a software program.

Anil Dash, chief executive of the programming company Glitch and a tech industry veteran, told me that simply eliminating bots “would get rid of some of the most potentially valuable, useful and fun accounts on the service” — accounts that tweet out a phrase or sentence a day from “Moby Dick,” for instance. He suggested, instead, that Twitter more clearly label the accounts and require their creators to register them with the company.

Labeling works only so well, of course. Too often, labels on misinformation posts contain mealy-mouthed language like “disputed” or “misleading,” or they ineffectually direct users to other sites for more definitive information. By one measure, Twitter’s own data showed that such labels contributed to a decrease in some of the spread of offending tweets of just 29%. A recently announced change calling greater attention to the labels is a step in the right direction. But if Twitter won’t remove outright lies about democracy, climate change or the pandemic, Agrawal can see to it that Twitter’s labels more convincingly dispel those myths.

More human moderation would be a plus, too. Automated systems let too much garbage through. And like its larger competitors, Twitter has too few systems in place to detect violations abroad where less commonly spoken languages dominate, meaning hateful speech can easily slip through. Humans in the loop can also put greater scrutiny on those accounts with the most followers and retweets.

Eric Goldman, a Santa Clara University law professor, suggested to me a more radical approach: banning political accounts. “Every time Twitter tries to fact-check or moderate politicians, it makes another political enemy who becomes hellbent on regulating Twitter out of existence,” Goldman wrote in an email.

A ban seems extreme, as Twitter has proved valuable as a way to communicate directly and promptly with constituents. Still, it’s worth considering Goldman’s suggestion that politicians’ accounts carry identifiers and that they be subject to greater restrictions on whom they can block and what content they can moderate.

Agrawal will need to develop thick skin. His predecessor was hauled before Congress three times in just the past couple of years, where lawmakers alleged he both stifled free speech and allowed far too much speech to remain on Twitter.

The social media experts I reached out to agreed that Twitter needs to institute paid subscription services that are more comprehensive than its recently introduced $3-per-month Blue service, which gives users access to features like recalling errant tweets and seeing some news articles ad-free. This would serve to limit Twitter’s need to collect as much personal data as it does to feed its advertising business, but also open up opportunities for creative new ways to use the service, such as exclusive content.

In his resignation letter, Dorsey said he wished for Twitter to be the most transparent company in the world — that should include working closely with researchers and admitting mistakes. In that spirit, Twitter should also carry through on Dorsey’s promise to Congress in March to give users greater transparency and control over how the company uses algorithms. If Agrawal doesn’t do it, Congress may force the matter.

There are other things Twitter can do. Kate Starbird, a professor of human-computer interaction at the University of Washington, suggested the company invest in media literacy campaigns so that users can better interpret the tweets they see. And Nate Persily, a professor at Stanford Law School, proposed that Twitter establish independent boards to set standards for global elections and for oversight of the company’s algorithms.

Twitter can be fun, surprising, funny, irreverent and germane. There is simply no better place to rapidly find the day’s news and to fire off ephemeral comments on global events. Here’s hoping the new chief can make it a far less toxic place, too.

And for Pete’s sake, Agrawal, please give us an edit button.

Tweets by @forbesindia
Photo Of The Day: Rest in peace
In China, Tesla is a catfish and turns auto companies into sharks