US President Donald Trump who earlier this week tested positive for Covid-19, resumed tweeting after a couple of days' break, thanking his supporters and telling them not to be afraid of the coronavirus--a message many believe is careless 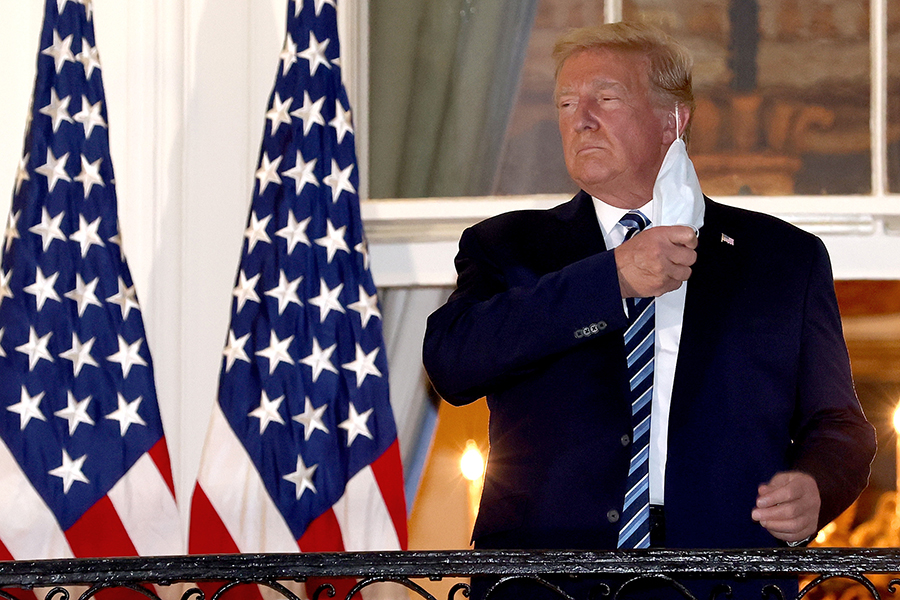 Facebook and Twitter have pledged to keep their networks safe from misinformation about the coronavirus to protect the public’s health. But Monday, the sites were tested when President Donald Trump posted that people should not be afraid of the disease.

“Feeling really good! Don’t be afraid of COVID. Don’t let it dominate your life,” Trump wrote on his Facebook and Twitter pages, saying he would be discharged from the Walter Reed military hospital after being treated there for COVID-19 the last few days. “I feel better than I did 20 years ago!”

Medical experts immediately took issue with the post. More than 200,000 Americans have died from the virus, and more than 35 million cases have been reported around the world. Dr. Bob Wachter, chair of the Department of Medicine at the University of California, San Francisco, said Trump’s tweet was “breathtakingly callous, inhumane & counterproductive.” Dr. Bernard P. Chang of Columbia University’s Department of Emergency Medicine warned that people should remain afraid of the virus.

Facebook has said it does not allow coronavirus posts that can lead to direct physical harm, and will redirect people to a COVID-19 information center. Twitter also removes only posts that contain demonstrably false information with the “highest likelihood of leading to physical harm.”

For Facebook and Twitter, these details matter. They are paying close attention to whether or not Trump is giving a specific direction or command to engage in an activity that could immediately put people in danger. When he suggested in April that experts look into whether people could inject disinfectant to fight off the coronavirus, Facebook and Twitter used the same yardstick and took no action to remove clips and posts about the unproven treatment.

Trump and his director of social media, Dan Scavino, have hewed closely to the line of what is allowed on various social media accounts over the past four years, seemingly pushing the envelope as far as possible without inciting the tech companies to take punitive action.

Facebook did not respond to a request for comment. A Twitter spokesman said the tweet did not violate the company’s rules since it did not include a clear call to action that could potentially cause real-world harm.

By Monday evening, Trump’s tweet and Facebook post on COVID-19 had been viewed by more than 1 million people across both networks. Trump later posted a video reiterating that people should not let the virus dominate their lives. “Get out there,” he said. “The vaccines are coming momentarily.”