Agrawal, the chief technology officer since 2017, is little-known to the public, with even some Twitter insiders saying they were surprised by his appointment 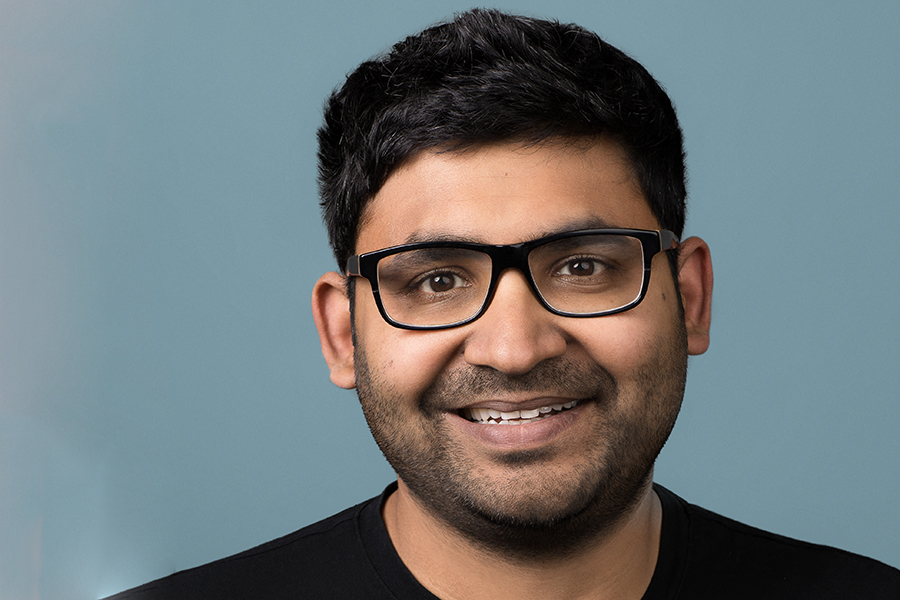 When Jack Dorsey, then Twitter’s executive chairman, pushed the company to build out its machine learning and artificial intelligence capabilities in 2014, he turned to an engineer, Parag Agrawal.

And when Dorsey envisioned a future for Twitter in 2019 that would be based on the concept of decentralization and technologies such as the blockchain, he again pulled in Agrawal to help.

On Monday, Dorsey made the handover complete when he stepped down as CEO and Agrawal, 37, was named Twitter’s new leader.

Agrawal, the chief technology officer since 2017, is little-known to the public, with even some Twitter insiders saying they were surprised by his appointment. But behind the scenes, the India-born engineer has been a Twitter veteran and confidant of Dorsey’s who has been involved in many of the company’s biggest strategic initiatives. That made Dorsey effusive about his successor, saying in a tweet that the board had run a “rigorous” search for a new CEO and had “unanimously” endorsed Agrawal.

“He’s been my choice for some time given how deeply he understands the company and its needs,” Dorsey, 45, wrote.

In his own message to employees Monday, Agrawal emphasized his knowledge of the company and his kinship with its workers.

“I joined this company 10 years ago when there were fewer than 1,000 employees,” Agrawal wrote in the company email, which he also tweeted. “I’ve walked in your shoes, I’ve seen the ups and downs, the challenges and obstacles, the wins and the mistakes. But then and now, above all else, I see Twitter’s incredible impact, our continued progress, and the exciting opportunities ahead of us.”

Agrawal becomes the latest India-born executive to take over a major American technology company. Executives of South Asian descent are now at the helm of companies including Microsoft, Google and IBM, with many of them succeeding the companies’ founders. To some in Silicon Valley, Agrawal’s elevation was the definition of the American dream.

“Wonderful to watch the amazing success of Indians in the technology world and a good reminder of the opportunity America offers to immigrants,” Patrick Collison, CEO of Stripe, said in a tweet Monday congratulating Agrawal.

Yet as Twitter’s new chief, Agrawal has his work cut out for him. The company, which is based in San Francisco, faces challenges, such as placating activist investors and calming an agitated Congress about its power, divisiveness and potential to censor free speech. Agrawal is also charged with carrying out Dorsey’s vision for decentralizing Twitter so that its users can eventually govern what is allowable on the service themselves.

Born in Mumbai, Agrawal studied computer science and engineering at the Indian Institute of Technology, an elite technical university. In 2005, he moved to the United States and enrolled at Stanford University to pursue a doctorate in computer science. There, he joined a research group focused on databases, which let computers store and mine large amounts of digital information.

Even among students at Stanford, Agrawal stood out for his strong grasp of the math and the theory that underpins computer science, said Jennifer Widom, who led the research lab and served as his thesis adviser.

“Having both of those skills — math and theory — can take you a long way,” she said in a phone interview. “If you are good at the theory, you have the ability to be analytical, to reason, to make decisions.”

Agrawal’s focus on databases made him a natural fit for Twitter, which must juggle data arriving from tens of millions of people across the globe. He joined the company in 2011 before completing his doctorate and became a key member of the engineering team that oversaw the company’s advertising technologies.

He then became a member of what was known as the Twitter Architecture Group, or TAG, a team of top engineers who reviewed and improved the company’s projects that were under development.

“He was on the shortlist of top engineers,” said Krishna Gade, who met Agrawal when he first interviewed with Twitter. “Even then, he had a lot of influence on the engineering direction of the company.” Gade left Twitter in 2014.

When Dorsey returned to Twitter as CEO in 2015, Agrawal was one of his lieutenants who helped refocus the company’s efforts on the “timeline” that feeds tweets into a user’s Twitter app. In 2017, Twitter promoted Agrawal to chief technology officer.

“I would call him pragmatic,” said Kevin Quennesson, who oversaw Twitter’s machine learning efforts at the time. “As one of the early engineers, he built strong internal relationships over the last decade.”

Even as chief technology officer, Agrawal has kept a low profile. He worked behind the scenes to rebuild Twitter’s technical infrastructure, which had been cobbled together over the years. That led to engineering problems and prevented the company from introducing new products and services as quickly as it wanted. Agrawal helped Twitter shift to using cloud computing services from Google and Amazon, streamlining its operations.

Agrawal has also managed Twitter’s effort to incorporate cryptocurrencies into the platform, letting users send tips in cryptocurrency like Bitcoin. And he has supported efforts to be transparent about Twitter’s algorithmic mistakes, urging the company to go public with its findings that a photo-cropping algorithm it used was biased.

Agrawal’s emphasis on product development appealed to insiders who believed Twitter had moved too slowly to introduce new products, a person familiar with the succession process said. His appointment could also help Twitter mirror the success of other companies that have tapped engineering leaders to oversee turnaround efforts, they said.

Agrawal will receive an annual salary of $1 million, plus bonuses, as well as restricted stock units and performance-based stock units valued at $12.5 million, according to a company filing Monday.

“Parag has been behind every critical decision that helped turn this company around,” Dorsey said in his tweet. “My trust in him as our CEO is bone-deep.”

Tweets by @forbesindia
Photo Of The Day: Making prayers work
The new Spider-Man movie is driving the latest NFT trend