IBM 5150: The journey of a PC that revolutionised computing

This week marked the 40th anniversary of the IBM 5150. A revolutionary invention, it brought personal computers into the home 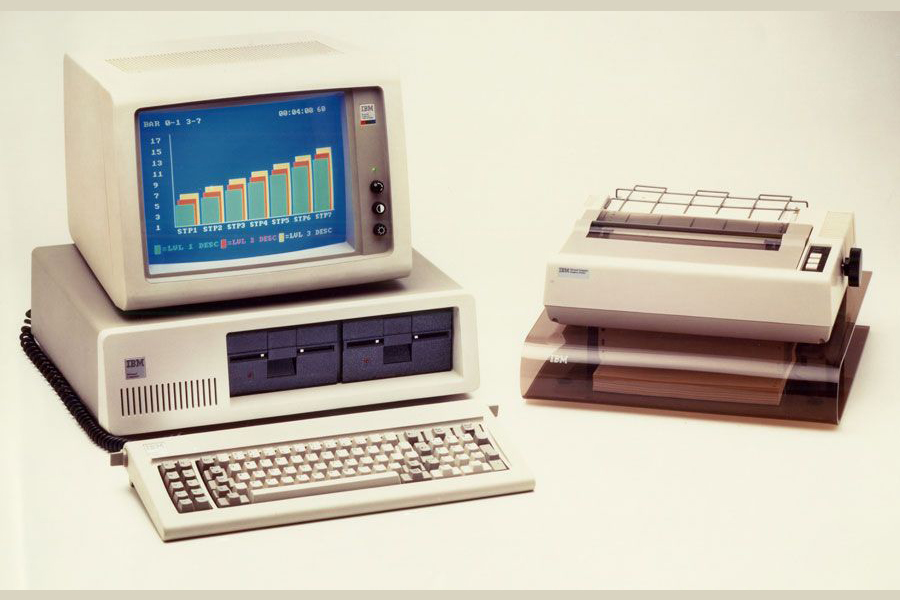 This week marked the 40th anniversary of the IBM 5150.  A revolutionary invention, it brought personal computers into the home.

On August 12, 1981, Don Esteridge, who was unknown at the time, announced the release of the new personal computer created by his company. The head of development at IBM Entry Level Systems presented the 5150, or IBM PC, a concept that would revolutionize the computer industry forever.

For many, it was difficult to imagine the impact of this new machine. Not least because, in essence, there was nothing innovative about it. In the 1970s, Apple, Atari and Commodore were already producing computer models. But the strength of the IBM PC lay mainly in its ability to outsource the production of its components to other companies. As soon as it was released, the company decided to publish the design and software code of the model, allowing other players in the sector to design compatible products. In the IBM PC, the processor was an Intel 8088, the floppy drive was from Tandon, and the operating system was Microsoft's QDOS. IBM, on the other hand, supplied only the monitor, keyboard, and system unit.

Little by little, the personal computer became more commonplace in homes, whereas its predecessors had failed to earn mass acceptance. And in 1983, Time magazine awarded it the prize for machine of the year, even though the award is generally used to celebrate people.

Backlash to the rapid success
But the price of fame turned out to be higher than expected. Indeed, in order to be competitive and put out a large quantity, IBM assembled the 5150 prototype in a hurry, without much verification afterwards. Meanwhile, Bill Gates's Microsoft, a newcomer to the operating system market, had set about establishing a dominant position. Other companies, such as Compaq, Dell or HP, were also starting to manufacture personal computers, more or less legally with respect to IBM. Within a short time, competitors took over the PC market. In 2005, IBM sold its PC production business to Lenovo for $1.3 billion. At the end of the 2000's, IBM group managers were even predicting the end of the PC...