The suit may very well make its comeback in the fall, but in a more casual form, for instance, worn with sneakers. 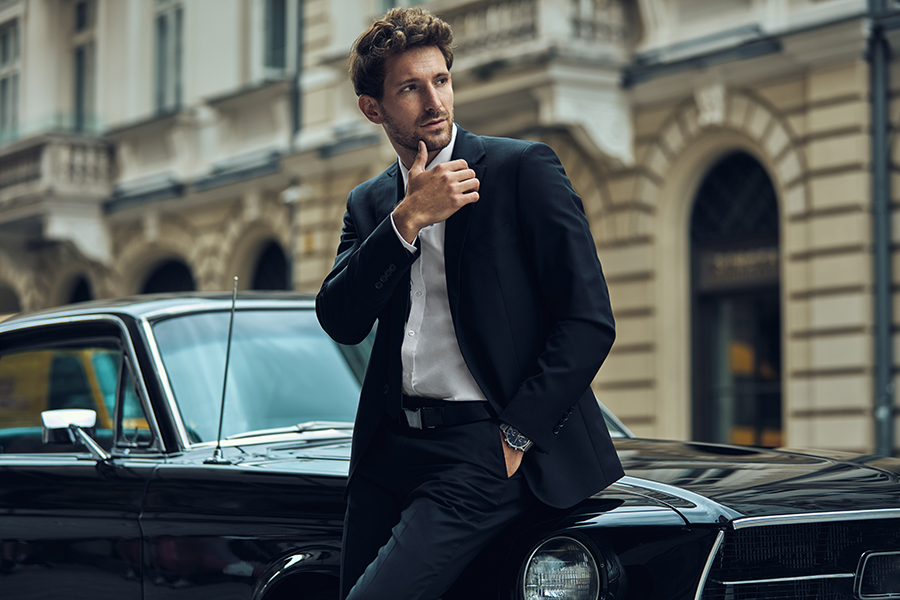 The suit is not dead, but its comeback is in a more casual form than ever seen before
Image: Shutterstock

We thought that the global pandemic had put an end to the classic suit, an indispensable part of a man's wardrobe, but it just might be making a comeback—already!!—this fall. If recent red carpets and fashion weeks are anything to go by, as well as the outfits sported by some world-famous influencers, the suit is not dead, but its comeback is in a more casual form than ever seen before.

Many sectors have had to adapt, or even reinvent themselves, during the pandemic to cope with the successive lockdowns, shutdowns and the generalization of telecommuting. Fashion trends evolved considerably during this period of social distancing, which saw a boom in homewear for both men and women. Many gentlemen abandoned, probably for the first time in decades, their formal suits, which for some had been inseparable from office life, in favor of the much more comfortable and teleworking-friendly jogging suits.

In fact, it didn't take much more than that for some onlookers to announce the death of what is in general the  most chic outfit in a man's wardrobe. The suit is no more, they said, and the return to the office won't change anything, we read in various places. But it is clear that men, who, like women, are gradually returning to the office in many countries around the world, are not ready to trade this essential piece for a tracksuit, Bermuda shorts or even a pair of jeans. An observation that should delight tailoring brands, which have particularly suffered from the crisis, including some legendary ones like Brooks Brother.

In another style, Cristiano Ronaldo also managed to concoct an ultra-casual look with a suit this summer. On several occasions, the Portuguese footballer has appeared in Bermuda shorts and sneakers, combining comfort and elegance. A style that should inspire more than one man by next fall.

Justin Bieber sets the tone
So while the pandemic hasn't in fact sounded the death knell for the suit, it has clearly changed—perhaps forever—dress codes for work, and even for the most chic parties and special events. As a result, the suit, often described as timeless or classic, is set to make a comeback but in a more casual form, as Justin Bieber recently showed. This past June, a photo of the singer went viral around the world in just a few minutes, generating a lot of headlines in the process. It shows Justin Bieber and his wife Hailey Baldwin Bieber next to the French presidential couple. The singer wears a chic suit with pinstripe stripes with an open shirt and particularly colorful sneakers on his feet. A look that contrasts with the impeccable, but more classic outfit of Emmanuel Macron, which barely made a ripple in the fashion sphere. And indeed the look of Justin Bieber is exactly what we should be seeing more of in the fall.

Meanwhile, casual interpretations of the suit continue to gain ground to the point where brands are introducing models that are far less formal than pre-pandemic. At the end of 2020, Japanese-based company Aoki Holdings proposed the very first "Pajama Suit," a hybrid garment between pajamas and a suit that allows the wearer to be casual without having to sacrifice any elegance. A very original design, which could however become the norm in the coming months.

Tweets by @forbesindia
IBM 5150: The journey of a PC that revolutionised computing
I don't want my team to survive, I want them to thrive: Mithali Raj