What is goblincore? The new fashion trend on your feed

What exactly is goblincore? We'll tell you all you need to know about this trend that pays tribute to the most beautiful imperfections of nature 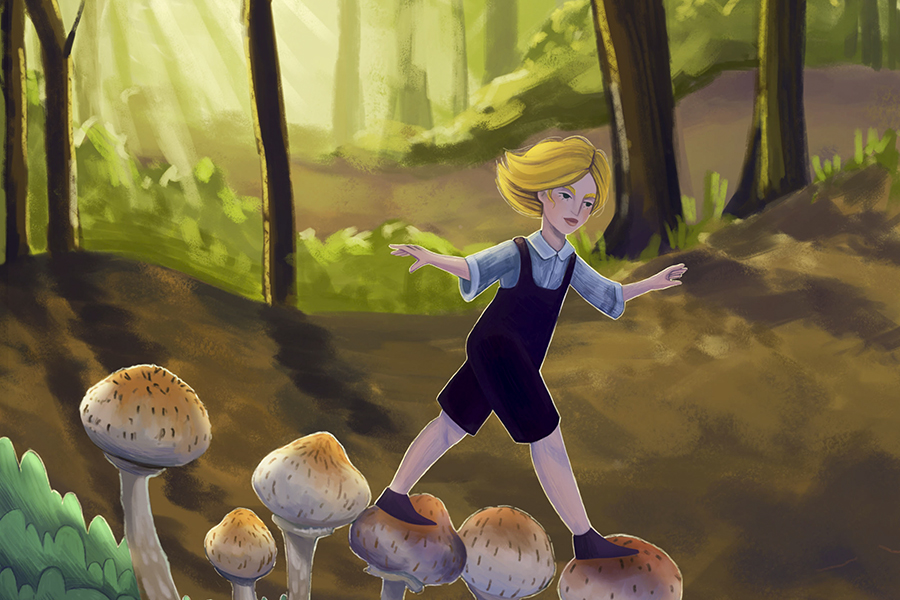 Goblincore, which is characterized by motifs featuring mushrooms, toads, snails, or earthworms, is a hot fashion trend in the world
Image: Shutterstock

If you're a fan of mushrooms, and not only as food, goblincore, the fashion trend of the moment, just may be for you. From social networks to e-commerce platforms, clothes and accessories drawing on this movement seem to have been gaining followers for several months now. But what exactly is goblincore? We'll tell you all you need to know about this trend that pays tribute to the most beautiful ... imperfections of nature.

For months now, we've been watching the fashion world embrace "ugly," "cheesy" or "kitschy" styles in accessories and clothing, and the trends of the summer haven't done much to mitigate the extent of the phenomenon. But another trend, which is not ugly but rather mysterious, if not strange, is already emerging—goblincore, which focuses on the integration of elements from nature, and more particularly from the forest, until recently neglected for their not very appetizing appearance or symbolism.

So what is it?
Imagine yourself in the middle of a forest, preferably during the fall season, at night—just to set the scene—in the midst of a wilderness that inspires both fear and awe. That's what you should feel when you think of goblincore, which The Guardian, who also looked into the trend, associates with the words "chaos", "dirt" and "mud"—enough to make your mouth water, right? As you can see, we are on the darker side of nature here, as opposed to cottagecore, the flagship trend of 2020, which was a return to the roots, to the earth, but with a much more positive, sunny aspect.

Concretely this translates into a multitude of patterns, prints, even embroidery—as well as decorative objects—featuring mushrooms, moss, frogs, toads, snails, elves, earthworms, bones and even animal skulls. That's all there is to it! It's a long way away from rhinestones and sequins, that's for sure, but it is precisely this celebration of imperfection, and this willingness to pay less attention to one's appearance, which seem to be winning over consumers in this period, which remains fraught with uncertainty, as the British media points out.

And when we get down to the real nitty-gritty aspects of the trend, as you might have guessed, the colors are anything but flashy. There's black and white, but also, in particular colors inspired by nature and the earth (green, brown, beige, dark red, etc.), as well as natural materials. The trend is also for loose pieces, and layering. In other words, we're dressing to go on an adventure and not to the last white party of the season in Mykonos.

A rising phenomenon
The trend has been continuing to grow since the successive lockdowns, as we can see on social networks. On TikTok alone, the hashtag #goblincore has more than 510 million views, while #goblincoreaesthetic counts 25 million. Platforms like Pinterest and Etsy are also reporting a rise in searches for the trend, The Guardian tells us.

We should also point out that goblincore is not only associated with fashion and interior design. There is also the hashtag #goblincoremakeup on TikTok (nearly 8,500 views) which highlights colored and disheveled hair, smoky eyes, and the famous elf ears spoken about in June. A trend that could become even bigger in the next few months.

Tweets by @forbesindia
Forbes Asia '100 to watch': 22 Indian startups, highest for any country, feature on new Forbes list
India features in top 20 countries where K-pop is most talked about on Twitter